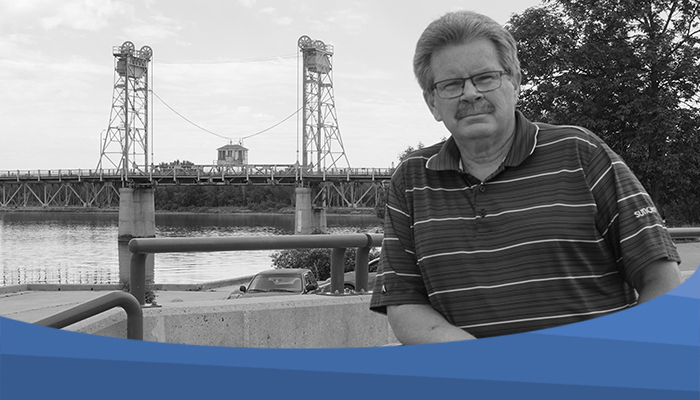 Selkirk Coun. Kelly Cook has been re-elected District Director for the Interlake Region at the Association of Manitoba Municipalities district meetings this month.

The meetings were held virtually.

Each of the AMM’s seven districts elects two directors. Cook and Reeve Cheryl Smith from the RM of St. Laurent were nominated for the Interlake Region. Both are incumbents and faced no challengers.

For Cook, having a seat at the AMM table is important for Selkirk and for the entire Interlake region.

“Since being elected to the Interlake District in November 2018 I’ve seen first hand what the AMM can do,” Cook said.

“The AMM advocates on behalf of all Manitoba municipalities and often times things that are good for Selkirk are good for others. We’re all in this together and as a strong unit we can affect change in our regions and in our province.”

Cook said he’s thankful for the support of his colleagues on Selkirk council for the nomination and for the approval of other councils in the Interlake District who saw fit to have both himself and Smith acclaimed to their positions for a third term.

“I’m humbled that the AMM has the confidence in me to give me these important files and I appreciate that,” Cook said.

“The City of Selkirk and our council have the eyes of the province, and the nation, on us as we continue to set new standards with things like our top notch Selkirk Transit Authority, which just turned 10 years old, our state of the art wastewater treatment plant and our commitment to strong asset management. Having a seat at the AMM table certainly positions Selkirk very well.”

The right person for the job

Both Cook and Smith were first elected early in 2018 following one director’s loss in the previous October election and another’s decision to step down. They served until the following June and were re-elected at the annual AMM convention.

Mayor Larry Johannson – who served as the AMM’s City Caucus Chair for two years – congratulated Cook on his re-election and stressed the importance of having a voice in the AMM, a powerful lobby group for municipalities.

“As a city we have the opportunity to present resolutions at the AMM district meetings and if they get support from other municipalities they move on to the next level,” Johannson said.

“Having Kelly there, having a say in changes that the City of Selkirk wants to make, is crucial for our city. We take pride in being leaders in all kinds of things, the environment, asset management and climate change and with a city councillor serving as a district director, we have a stronger voice.”

In 2019 the city co-authored a resolution with the City of Thompson to bring back the provincial Roads and Bridges Program. Overwhelming support from 102 of the province’s 137 municipalities resulted in the return of the program.

“That’s impact. The AMM has a lot of punch and Coun. Cook brings years of experience to the table, and that benefits our city and our province,” said Johannson.

C’mon and take a free ride – Selkirk Transit celebrating 10 years with free rides for the month of June
May 30, 2021

City’s newest staff member went from covering the story to being part of it
May 28, 2021
Stay in the Know!
Top Posts & Pages
Archives
Twitter
My Tweets
Go to Top
×