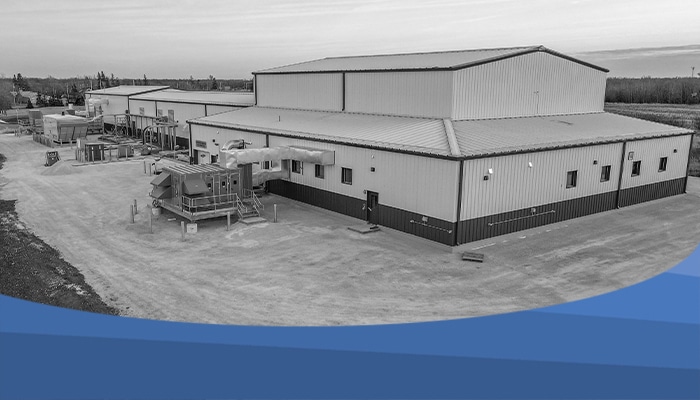 When the City of Selkirk broke ground for its new wastewater treatment plant in 2018, council of the day was certain of a couple things – first, it was making a decision that would impact citizens, and the environment, for decades to come, and second, they had better get it right.

We’re only a little more than two years from that date in August, but early indications are they’re succeeding on point number two.

Chief Administrative Officer Duane Nicol says the $30-plus million plant is state of the art and will treat effluent to a higher standard than provincial regulations. It can handle Selkirk’s present day population and up to 11,000 more from day one.

“The city’s new wastewater treatment plant has been designed to meet our needs today as well as into the future,” Nicol said.

“Selkirk’s population could more than double and the new plant could handle it. Our vision is to be a regional service provider and we’re prepared for that as well.”

The city’s old plant was built in 1976 and does not meet current provincial regulations that require treated wastewater, or effluent, to contain no more than 1mg/L of phosphorus and 15 mg/L of nitrogen.

The new plant’s Membrane-Bioreactor Treatment process, which provides the best environmental protection for the Red River and Lake Winnipeg, will produce an exceptionally high quality of effluent, so if regulations change in years to come, the city will still likely meet the standards without costly retrofits or new construction.

The plant provides a level of security for citizens that Selkirk won’t find itself in a situation similar to the City of Winnipeg, whose north end treatment plant is in need of upgrades for compliance that are stalled as the city and province disagree on an interim phosphorus removal plan.

The stalemate has the potential to affect not just the environment and Winnipeg’s ability to grow, but surrounding municipalities like West St. Paul and Rosser, both of whom have agreements with Winnipeg and pipes that carry effluent to the north end plant.

Neighbouring RM of St. Andrews is watching Winnipeg’s woes as well, having hitched its wastewater plan for the south part of the municipality to the capital city via West St. Paul.

The City of Winnipeg’s upgrades have a price tag of $1.8 billion and a completion deadline of 2028.

Raven Sharma, Selkirk’s Utilities Manager, said the city’s new plant should be operational by summer of 2021, and she, along with the rest of the team, is excited to be part of such a monumental project.

“I can speak for my utility team and I that the new Selkirk wastewater plant is using innovative technology that will open the doors to be able to accept wastewater from other communities to come,” Sharma said.

“The utility team and I are prepared and very dedicated to our responsibilities in treating water and wastewater. We will be very busy in the next couple of months commissioning and fine tuning the new wastewater plant.”

The plant is designed in a way that expansion, when it’s required, can be done easily and economically.

It’s purposely been built to its more-than-sufficient size, Nicol said, to keep operation costs as low as possible today, but the design has tomorrow’s needs in mind and the internal infrastructure is there to be tapped into.

“With the capacity we have now we can provide cost-effective service to neighbours today as well as grow our city. Beyond the current capacity we designed the plant so it can easily be expanded, at a very low relative cost,” Nicol said.

“We can add 50 per cent capacity to the plant with very minimal investment into the plant the day after it opens if we needed to.”

“We have space for a third set built and ready to go, all you have to do is drop the cartridges in. That’s about a $1 million investment. But all we have to do is drop it in and that adds 50 per cent more capacity just like that. We have designed other features into the plan for even more capacity expansion beyond that, should we need it over the expected 50-year life of this facility. Which means we have the capacity to grow without having to burden the ratepayers of today with the maintenance costs of infrastructure we don’t currently need. We think long-term in Selkirk.”