The time required to obtain final approval of an application may vary from 4 (four) to 18 (eighteen) months depending on the scope of the proposal and the number and type of conditions.

The applicant must attend a public hearing scheduled by the City of Selkirk, and they are responsible to present details of their application and answer any questions. The public hearing allows the general public to comment on the application prior to the decision. 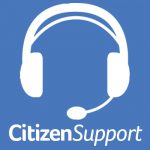