Selkirk is going virtual with its Canada Day Concert — will stream their Waterfront Concert Series on Facebook Live all summer long. 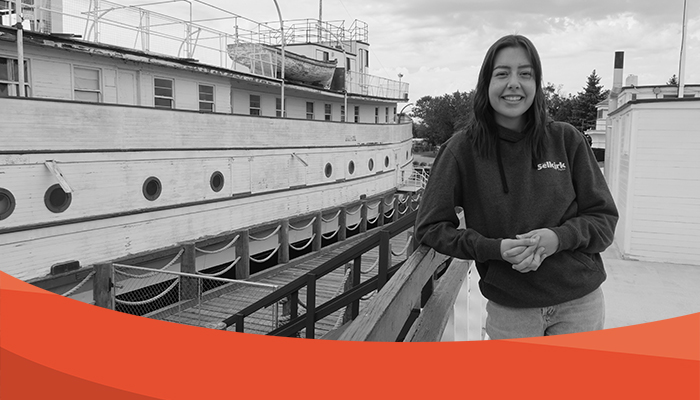 Just because current Public Health Orders restrict citizens to gather in groups, doesn’t mean the city is going to give up on providing one heck of a Canada Day Concert.

The city will be streaming their Waterfront Concert Series all summer long on Facebook Live, including their Virtual Canada Day Concert Celebration on July 1 at 3 p.m. where local artists will be performing in different locations across the city.

“Last year when we were still grappling with COVID-times, we held out until the last possible second to cancel our annual Canada Day Celebration. That left us with almost no time to have a Plan B,” said the city’s Culture Coordinator Ellie Longbottom.

“This year we knew there would be no way we could host a large concert like that, so we’re improvising. We wanted to hold a celebration we knew we could control, and we’re excited we can still showcase local talent and celebrate Canada Day in some capacity.”

Re-opening the curtains on local performers

It’s been a tough year for performers, and Mayor Larry Johannson says he’s really happy we’re making every effort to showcase their talents.

“Canada Day is always one of my favourite days of the year. Everyone is always smiling, happy to be out with their friends and family and the entertainment is always top-notch,” said Johannson.

“I couldn’t be more proud, not only showing people we’re making every effort to provide some sort of celebration for them, but to show the performers that we really care about them too. It’s been a tough year for them and I’m really excited to see them perform once again.”

Not your average Canada Day Venue

While citizens will be familiar with entertainers performing on the Waterfront, they’ll also be in for some cool visuals as they’ll also see backdrops of different locations around Selkirk.

“We have people performing at places like on the boats at the Marine Museum, and in front of the Water Tower. It’s going to stream on Facebook Live, but it won’t be live per say,” said the city’s Marketing and Communications Coordinator Riley Aisman, who’s helping with the production of the virtual event.

“We’ll be recording the performances ahead of time and creating a really cool online show that people can tune into. We’ll also be interacting with citizens live on Facebook Live during the performances, and we’ll be giving away some free stuff during the event. We’ve never done anything like this and we’re super excited to showcase local talent.”

Giving people an outlet to have fun

The city’s Strategic Plan calls for the city to provide the best possible recreation opportunities for Selkirk residents. The city has learned that no matter what time of year, people will still tune into online events if the interest is high.

“We did a couple online events over the year, like Quiz Nights, live craft nights and bedtime story readings, and the reactions of all of them have been overwhelmingly positive,” said Longbottom.

“We got great viewership on all the online events we’ve done, so there’s definitely an appetite for this. I think anything that gives people a reason to celebrate or do something new, they’re going to eat it up.”

The city will move their entire Waterfront Concert Series virtually. But as Longbottom says, things can change very quickly.

“Who knows, maybe in a month or two we’ll be able to gather again, and we can have everyone back at the Waterfront and celebrate.”

The city has created a Facebook Event that you can join. This will notify you when the event goes live.

The city is also giving away a Summer Prize Pack worth over $1300 during the event that you can win just by saying you’re going online. Head to the official contest post for more info.

Got graffiti? Who ya gonna call? Selkirk’s Anti-Graffiti team will do the job, free and fast
July 23, 2021
Stay in the know! Top Posts & PagesArchives TwitterMy Tweets
Go to Top
×