Budget 2020 – A Story of Sustainable Growth, Strategic Investment and Affordability 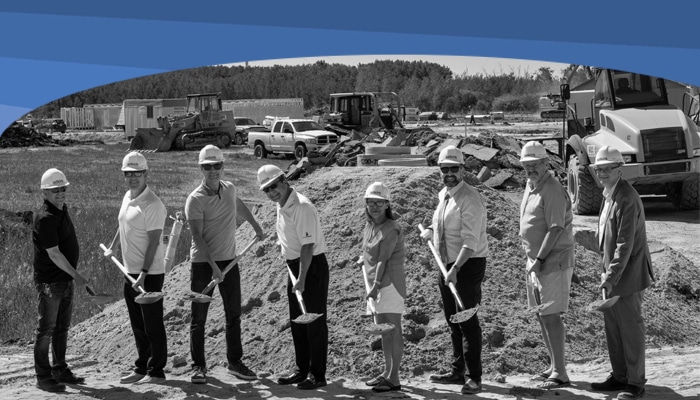 At the start of a new year it’s nice to begin with good news and in the City of Selkirk, there’s plenty of that.

The City of Selkirk has once again completed its budget for 2020 before the end of 2019 and in December council approved a tax increase of 1.95 per cent, or about a $3.73 per month cost to the average homeowner. It’s a number that tells the story of a city paying close attention to keeping costs low while improving infrastructure, facilitating community growth and adhering to the community Strategic Plan.

And if you delve further into the meaning of 1.95 per cent, you’ll find that it tells so much more about the City of Selkirk.

A step above the rest

Selkirk’s 1.95 per cent is substantially below the rate of growth of the provincial economy, which was expected to be three per cent in 2019. Since 2013, the average tax impact to Selkirk citizens has been 2.81 per cent while the average rate of nominal Gross Domestic Product (GDP) growth in Manitoba has been 3.27 per cent.

“This means that in Selkirk we have been able to keep municipal property taxes below the rate of growth of other living costs,” says Chief Administrative Officer Duane Nicol.

“It’s a record of financial prudence council is very proud of. We are working very hard to keep Selkirk’s costs competitive with other Manitoban cities.”

Working together for the city

For Mayor Larry Johannson, who’s been at the helm of the Selkirk ship that entire time, it’s a testament to the hard work of not just council, but administration and the two entities’ ability to work together for a better Selkirk.

“Everyone has to budget, from parents who are raising their kids to teenagers who’ve got their first job. You have to learn how to balance what you spend and what you earn, and make smart decisions with where you’re putting your hard earned money,” Johannson said.

“It’s no different for the city. It’s on a larger scale and can be a little overwhelming to the average citizen who looks at the dollar amounts. But when you break it down, it’s trying to make smart decisions, spending your dollars where you’re going to get the best bang for your buck.

“In the city, we’ve changed the way we do things. we’re doing them smarter and we’re watching out for taxpayer dollars better than we ever have, and that’s something to be proud of.”

Run of the mill rate

The City of Selkirk, like every other city and municipality in the province, uses something called a mill rate to calculate how much money each property owner in the city pays in taxes. And while the formula used to calculate taxes is complex, the mill rate can be simplified – it’s the rate of taxation, and in Selkirk, it’s on the decline.

Since 2013, Selkirk’s mill rate has been trending downward. In fact, the average annual decline in Selkirk’s mill rate is .43 mills, or about 2 per cent. There are several reasons for this – first and foremost, the city has been controlling costs while at the same time increasing its tax base. Development, both commercial and residential, is on the rise in the city, and development means that costs are spread out over a greater number of taxpayers, which means less impact to the individual.

Giving a blanket statement of what a 1.95 per cent tax rate will mean to every resident in the city is impossible. Some will pay more while others will pay less and while the city’s rate of taxation is decreasing, the value of your home is going up, so that as well will impact what you actually pay. When property values rise, it’s an indication that the local marketplace is strong and healthy.

“The fact that your property goes up in value is an indicator of the general health of the local marketplace. The more desirable your community is, the more value your home has. And that’s a good thing given that for most people, their home is their number one personal investment,” said Nicol.

Delivering services at a fair cost

Nicol says the city is performing at a high level. Every city operates differently, some use a lot of service fees, others make use of Local Improvement Districts for things like road work, so it’s impossible to compare tax rates directly from one city or municipality to another. Nicol says while tax rates alone are not comparable, the costs of delivering services per citizen offer a better measuring stick.

If you look at municipal expenses per capita, which can be found in the Manitoba Cities Financial Statements from 2009 – 2016 (the most recent year for which comparison data is available), Selkirk’s average expense per citizen is $1,701, which is 10 per cent lower than the provincial average.

Being smart with our own revenues

Another area where the city performs well is own-source-revenues to assessment.

Own-source-revenues are those revenues generated by the municipality itself through taxes or fees only, so it excludes grants from other levels of government. By comparing this to the total value of the land and buildings in the municipality, you get a sense of how much the city raises in revenues for every dollar of real estate wealth in the city.

“Using this measuring stick, Selkirk is doing exceptionally well. We are effectively tied for second lowest in Manitoba and 18 per cent below the provincial average,” Nicol said.\

Decreasing deficits and increasing our own destiny

Getting to the point where the city’s rate of taxation is actually decreasing required concentrated effort on two main fronts – realigning the city’s financial and organizational management to start gaining control of the city’s infrastructure deficit and encouraging economic development to help the city grow into a more sustainable urban form.

“What we’re seeing now is the steady decrease in the need for a tax increase, so that’s very positive. It likely will never reach zero because the input costs of the city are always increasing just to deliver the same services. We can look to Winnipeg to see how an artificial tax rate freeze can be disastrous for a city. The goal is to reach the lowest responsible and sustainable level we can,” Nicol said.

The year 2020 is the year the city’s biggest capital project ever will come to completion. The $34.9 million wastewater treatment plant, cost shared between the city and provincial and federal governments, will become operational this year.

The city will spend $55,000 on a recreation feasibility study that will look at a multi-use facility and the replacement of aging facilities in Selkirk.

The community Strategic Plan, which the city has tied all its decision-making to since its implementation in 2014, will get an update this year. The Strategic Plan was always thought of as a living document that would need to adjust with the city, particularly as objectives are achieved, and the public will be involved in consultations to renew the plan.

The city is looking to the future and investing $2.1 million into Phase 2 of its business park. This is to get new lots ready for potential buyers. This includes water, sewer, drainage, hydro and gas.

One of Selkirk’s most iconic landmarks will be getting a facelift. The city has budgeted $450,000 to repaint the Water Tower. The process has started to find designs for the new paint job and to find a contractor to take on this massive project.

The city is looking to finish its work along Manchester Ave. They’re investing $1.07 million to continue work on the west side of Manchester down the 400 block. The work will include upgrades to the water, sewer and drainage pipes, and a complete repaving of the road.

Selkirk Park will get a lift station to change the way wastewater is managed in the city’s flagship park.  The city is spending $600,000 to upgrade the current system to meet provincial regulations. All sewage coming from Selkirk Park will now run to the new wastewater treatment plant rather than the old lagoon system that is currently in use. Nicol said that without this upgrade, the city would have to shutdown all washrooms and close the campground.

“This improvement has been on our radar for some time. It’s an extremely costly improvement, but Selkirk Park is the cornerstone of our park system and council is committed to its reinvestment,” Nicol said.

There is still around $1 million worth of work needed on Manitoba Ave. East before it is completed. There’s also money allocated for a detailed design for the renewal of Eveline St. from Queen Ave. to Eaton Ave. This design will be guided by the City’s Downtown Renewal Strategy and is part of the long-term vision of providing improved active transportation connectivity from our downtown to Selkirk Park.

The city has also budgeted $78,000 for the Selkirk Fire Department to upgrade to a new state of the art radio system. This will replace an aging system used by emergency response services across Manitoba.  The system will allow communication with 911 and emergency services throughout the province ensuring critical communication in emergency situations.

“I’m excited for 2020 and the continued growth and improvement in the City of Selkirk,” Johannson said. “We’ve been working hard to make Selkirk the best it can be, and we’re not there yet, but we’re getting close. We take great pride in the fact we pay attention to all areas, and we put money into parks and recreation, streets and sewer and our fire department, to name just a few, and you can see the results. It really is a great time to be in the City of Selkirk.”