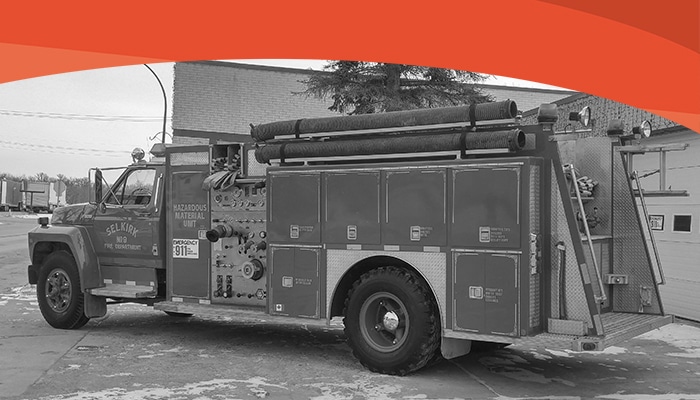 The City of Selkirk and Selkirk Fire Department are joining forces with Firefighters Without Borders Canada (FWBC) and will donate a fire truck that is no longer being used by the city to a village in Brazil.

Fire Chief Craig Fiebelkorn said the truck, Unit 9, is 30 years old and would have to be recertified to remain working in Canada. The city took it out of service and replaced it this summer with a 2008 Sutphen ladder truck.

The Chief said it feels good to know the city can help another community that’s less fortunate.

“We’re in a position in the city where we can do something like this which is so beneficial for the community the truck is going to,” Fiebelkorn said.

“It’s just fantastic for the City of Selkirk to reach out and help people that really need it.”

Fiebelkorn discovered Firefighters Without Borders Canada on Facebook and began following them. He reached out to the non-profit organization when the truck was taken out of commission.

“They have done a fantastic job getting fire apparatus and firefighting gear for underdeveloped countries,” he said.

“The community in Brazil where the truck is going, their fire department right now responds to fires in a Ford Escort, a small five-seat compact car. They were high on Firefighters Without Borders Canada’s priority list to get something done.”

Firefighters Without Borders Canada’s mission is to assist the emergency service agencies of developing nations, by helping to improve their ability to effectively provide a higher level of emergency services to their communities.

Mayor Larry Johannson congratulated Fiebelkorn on his desire to help people in another country who are in desperate need of better firefighting equipment.

“I think it’s great that our Fire Chief brought this forward to council and I’m so thrilled that the City of Selkirk can donate a truck that has the potential to save lives in another part of the world,” Johannson said.

“Unit 9 has served the city and its people very well over the years and it’s fantastic that it can now be put to work in Brazil. I thank our Chief for his compassion and his dedication to the City of Selkirk.”

Donating to Brazil the best option

The pumper is a 1989 Ford F800. According to Underwriters Laboratories of Canada (ULC) and the National Fire Protection Association (NFPA), any firefighting equipment more than 25 years old has to be recertified to be used in Canada.

According to Fiebelkorn, recertification would run a minimum of $25,000, and perhaps much higher.

The truck’s age and the recertification required to keep the truck in Canada made donating it to a needy department in another part of the world the best option.

“The truck still works but without it being certified, we really couldn’t donate it to anyone in Canada,” Fiebelkorn said.

“As much as we might like to, it could become a legal issue if the truck remained in Manitoba, or Canada, and it failed and someone was hurt or lost their life.”

The truck does not require Canadian certification to go to Brazil.

Teaming up with Winnipeg

The City of Winnipeg is also donating used firefighting gear to Firefighters Without Borders Canada and it will be loaded onto Unit 9 for shipping.

There is no cost to the City of Selkirk to donate the truck, and CN Rail is donating the cost of shipping to Belleville, Ont. Currently, the village in Brazil is working with Rotary International and the Brazilian Navy to transport the truck, though final details aren’t confirmed yet.

This is the first time the Selkirk Fire Department has made a donation to FWBC, but in the past has donated turnout gear and SCBA tanks to Newfoundland, the North Interlake Mutual Aid District and Huatulco, Mexico.

Firefighters Without Borders Canada began in 1996 as Assistance to El Salvador; in 2003 it became Engines for El Salvador and in 2008 it transformed into FWBC.