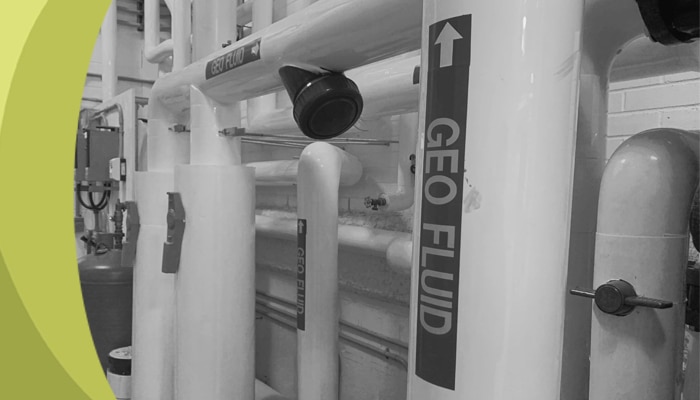 The water that Selkirk residents drink has two important claims to fame – it’s won awards for its drinkability and now it’s actually heating the plant it’s treated in.

The city installed a geothermal system at the water treatment plant and it’ll heat the plant in the winter, cool it in the summer, save energy today and in the long run and because it uses water from existing wells, installation was significantly less than most systems.

“One of the biggest expenses for a geothermal system is the installation of wells and in the long term maintaining the wells,” Nicol said.

“You have to upkeep the wells, and we’re already doing that, so that’s the innovation, we didn’t have to drill wells for this, we’re just taking heat off of the raw water that’s coming into the plant anyway.”

The City of Selkirk’s water earned the second place ranking from a panel of international judges at the 70th annual Western Canada Water Conference last year.

Use what you got

Nicol said the idea to tap into water the city is already using came from an internal conversation a couple of years ago about the fact there are water mains running by all municipal buildings and they could be used in an innovative geothermal system.

“I’m sure other people are doing something similar to this somewhere. I don’t know anybody in Manitoba, but I’m sure there are other instances,” he said.

Construction on the system began in 2018 and was completed this summer and McDermid said they’re already seeing a decrease in condensation in the plant.

“Inside the water plant is a very moist environment, which sometimes isn’t a good thing when you’re dealing with pumps and fixtures inside a building, so you want to control that moisture,” he said.

“The removal of moisture out of the air reduces the potential for mold production and reduces corrosion, so it’s a lot easier on the equipment.”

The system will also be used to cool the building in the summer months.

Heating and cooling the plant at a fraction of the cost

The city is also protected from future cost escalations that are expected with both carbon taxes and Manitoba Hydro rates.

Scott Blanco, the city’s Manager of Buildings and Fleet Maintenance, said the savings will actually be higher when you factor in the the summer months.

“That’s just heating the building, it’s not including the cooling,” Blanco said.

The city has a plan to reduce its (GHG) emissions within municipal operations by 20 per cent by 2026 and the geothermal system takes a huge step in that direction by providing 97 tonnes of GHG removal.

In 2017, the water treatment plant produced 132 tonnes of GHG emissions, meaning the geothermal system will reduce that by more than half.

“The water treatment plant is the second largest single source of GHG emissions in the city and the largest is the wastewater treatment plant, which in a year and a bit, will pretty much produce zero GHGs. So it’s a significant movement,” Nicol said.

Geothermal heating and cooling also makes the plant more resilient because it reduces the building’s energy demand and the plant could be run off the grid.

The water treatment plant has an old half, which was upgraded in 2011, and a new half that was built in 2011. The heating and cooling system in the old half was failing and needed to be replaced, which would have cost $200,000. While the geothermal system’s price tag was higher, it will provide greater cost savings in the long run.

“The next economic benefit, after the installation costs is expected to be over $200,000 over the next 25 years. So not only are we reducing our climate change impact but we’re reducing costs to citizens. This is very strategic decision and one we hope to replicate in other city buildings as their heating and cooling systems come due for replacement” said Nicol.