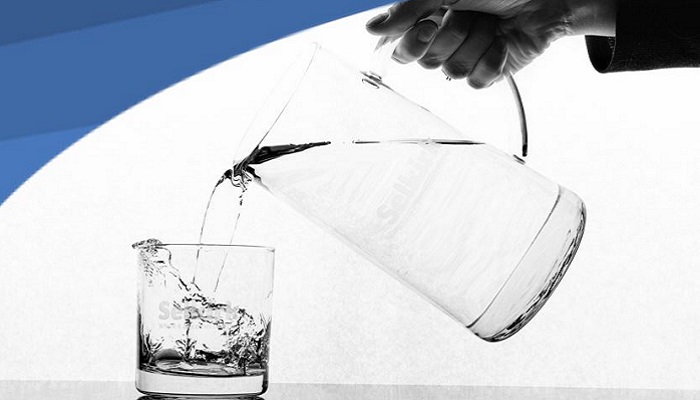 The next time you wet your whistle with a glass of good ol’ Selkirk tap water, you can rest assured that you’re drinking the best after the city’s water was awarded second place in a blind taste test against some of the largest cities in Western Canada.

The City of Selkirk’s water earned the second place ranking from a panel of international judges at the 70th annual Western Canada Water Conference in Winnipeg in September. Epcor Water from Edmonton was first and Buffalo Pound, which provides water for the City of Regina, was third.

Dale Scott, Manager of Utilities for the City of Selkirk, said he’s always believed the city has very good water, and to place amongst the best in Western Canada confirms it.

“I believe the people of the City of Selkirk should be proud of our water and the great operators who work here. This was the first attempt in this competition and the water came straight from the tap, left over night for the chlorine to dissipate out, bottled and dropped off.”

Western Canada Water is an association of water organizations that represent a diverse set of skills and professions, with a purpose of influencing the future of water. It was founded in 1948 to promote the exchange of knowledge of water treatment, sewage treatment, distribution of water and collection of sewage for towns and cities from across Western Canada.

Scott said it was Dan McDermid, the city’s Director of Operations, who suggested putting Selkirk water up against the others. There were 11 competitors this year, with some of the larger cities being Calgary and Edmonton, as well as Saskatoon, Winnipeg, Prince Albert, Brandon and Regina. It was Selkirk’s first time competing.

Selkirk Mayor Larry Johannson said he is extremely proud of the Water Treatment Plant employees, who year after year, do great work and take their role as water stewards extremely seriously.

“Dale and all the guys at the water plant do a terrific job, all the time. I’m not a bit surprised that our Selkirk water placed so high because these guys take their job to heart, they really do, and of course our water tastes great,” Johannson said.

“The operators continually win awards for their work, and they really do a fantastic job. I congratulate them, and I’m very proud of them all.”

The city did an $11 million expansion to its water treatment plant in 2011 and last year secured a second water source to ensure a safe and reliable flow of water for years to come.

Having safe and reliable water is a priority in the city’s Strategic Plan, which calls for safe and sustainable infrastructure as well as being good environmental stewards by protecting natural features and resources that are important to our community. Under the plan, the city pledges to improve city practices and services and promote water conservation.

The Western Canada Water competition began in 2013 and this year’s 11 competitors was the largest number ever. The three judges were Irving Leblanc, director for the Assembly of First Nations, from Ottawa, Joe Jacangelo, International Council Chair for the American Water Works Association who works for Stantec in Baltimore, Maryland, and is a former director of research for a large environmental firm and global manager for the Water Knowledge Centre, and Mark Poling, a Director at the Clean Water Services in Portland, Oregon.

The samples are judged on taste, appearance, odour and overall impression. Epcor Water will represent Western Canada in a best-of-the-best taste test in Denver, Colorado next June.