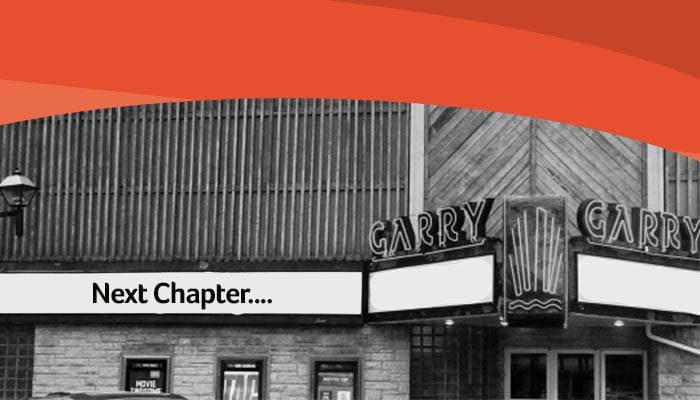 An iconic Manitoba Avenue East building has been bought by the City of Selkirk and the community is about to be asked to write the script for its next performance.

The city purchased the Garry Theatre for $350,000 net plus closing costs. CAO Duane Nicol said the writing was on the wall for the single-screen theatre and securing it before it went up for sale on the open market provides time to assess what the community wants to do with it.

“It would be difficult to have a fulsome community conversation when you’re under the gun of a land sale,” Nicol said.

“So in the case of the Garry, the city acted quickly because we didn’t want to have any regrets. The property never hit the open market, and now we can have proper conversations about what to do with a building that is a piece of Selkirk’s history and has provided an important service for decades.”

Community to come together to reinvent the Garry

The Garry opened on Nov. 29, 1948 (CLICK TO READ THE HISTORY OF THE GARRY THEATRE) and changed hands several times, with the last owner being Landmark Cinemas. The Garry was shuttered this past May along with three other Landmark single screens. For CEO Bill Walker it was simply a business decision, but one that tugged at the heartstrings.

“Having operated the Garry Theatre since acquiring it from Rothstein Theatres, of Winnipeg, in 1972, it was a difficult decision for Landmark Cinemas to close the Garry. We are extremely pleased that it has been acquired by the City of Selkirk, ensuring that it will now see a new and revitalized future as it continues to deliver entertainment to the citizens of Selkirk and the surrounding community,” Walker said.

“Landmark Cinemas extends our heartfelt ‘Thanks’ to the three generations of Selkirk residents who we have had the pleasure of entertaining, and also the management and staff members who have served so faithfully at the Garry over those almost 50 years. We wish the City of Selkirk, and its residents, many more years of entertainment and pleasure at the Garry Theatre.”

Mayor Larry Johannson said even though most people knew the theatre’s end was near, it’s still sad to lose something that all long-time residents have fond memories of.

“Those of us that have been here most or all of our lives have a history with the Garry Theatre. We went there as kids with our parents and grandparents, then as teenagers and then we took our own kids, so it’s that hometown jewel that we all feel we own a piece of,” Johannson said.

“That’s what’s so exciting about the city purchasing the building, now we all really do own a piece of it and we can have a say in its future. We can all take part in building back this bit of history we all shared and make memories for our kids and grandkids. I think it’s fantastic.”

The city has no intention of operating the Garry directly Nicol said, but he’s excited to learn what the community imagines will be playing next at the theatre that has been a part of entertaining Selkirkians for so many years.

He has confidence that if there’s a desire to reinvent the Garry Theatre, community members will come together with the gusto and enthusiasm needed to create something great. The Park Theatre in Winnipeg is a great example of the successful afterlife of a former movie theatre, and with community support, Nicol thinks the Garry could achieve similar status.

“When you think about community development most people focus on economic development to the exclusion of almost everything else,” Nicol said.

“When you have people with the right social bonds within a community you get groups coming together and creating wonderful things. When you see something in other communities and you think ‘wow, that’s great, I wish we had that’, if you look behind it, most often it was created by a group of people getting together, volunteering, donating, and working really hard. Here in Selkirk, Holiday Alley is a prime example of that. There are a number of business models we could explore with the Garry, to make it a community owned centre. Beyond just movies, it could be developed to hold concerts, live theatre, and so much more.”

Shirley Muir, co-founder of Holiday Alley, says the winter festival made a commitment to dovetail art, culture and creativity with the City’s strategic plan to revitalize the downtown and bridge the off season for tourism. The festival has a committed volunteer base that believed in the vision and keeps it growing and evolving every year, even through the pandemic.

Muir knows the Garry presents a fantastic opportunity and that the community needs to – and has demonstrated it can – come together and make a little magic.

“We’re lucky the City of Selkirk moved quickly to acquire the building. Now the community is going to have to think deeply about what’s next. How can it be used? How can it be restored? How much sweat equity and fundraising will it take to get it to its glory days and beyond,” Muir said.

“I’m not the most creative person in town, but I’m sure folks will see that this old movie theatre can grow beyond that and become a performance and cultural art centre. Can we imagine our kids’ dance recitals downtown? Can we imagine a church theatre group downtown on a proper stage? Can we imagine giving the high school jazz ensemble another platform to reach new audiences? Can we attract bands and performers from across the province and around the world? I understand the City of Selkirk will be asking citizens ‘what’s next’ and this is our opportunity to dream big.”

Growth of arts and culture in Selkirk

The city has passed a bylaw to create the Selkirk arts and culture committee, the need for which arose out of the city’s Strategic Plan. Nicol said the committee will be a unifying force to facilitate growth of arts and culture in the city.

“We have this burgeoning arts and culture community in Selkirk, but we don’t have this overarching support mechanism in place,” Nicol said.

“Ultimately there’s a need for this body to bring people together, to have those discussions and to find resources. There are lots of federal and provincial arts and culture grants that are available and this committee will be able to coordinate and access some of those resources. We created the Culture Coordinator position in Selkirk to put some dedicated effort into our arts, culture and heritage programming and services. We’re seeing that investment paying off. The new committee and investments like securing the Garry are demonstrations of the city’s efforts to fulfill its strategic plan and truly embrace our role as a cultural and recreational hub for our region.”

Nicol acknowledges there is significant work that would need to be put into the Garry in terms of accessibility and bringing it up to code perhaps in some areas.

“We know the building is quite old and that extensive renovations are going to be required for long-term use of the facility, but that’s going to be part of the public conversation going forward.”

The show must go on – Free Press Interview with Cody Sellar August 26, 2021