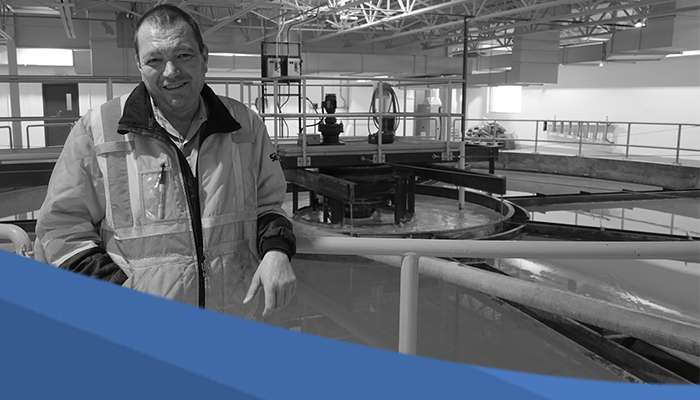 The City of Selkirk will invest $900,000 into a new generator for the water treatment plant, ensuring residents will have a safe and secure source of water even during lengthy power outages.

Dan McDermid, Director of Operations, said the generator is a “critical piece of infrastructure” that will replace one that has served the city since 1969.

“The existing generator has more than served the city well but in today’s world it has severe limitations,” McDermid said.

“It could power pumps in the event of a power outage, but we wouldn’t be able to treat and process water and if there was a power outage for multiple days that would cause problems.”

Endless water during an outage

With the old generator, the city would have to rely on water stored in its reservoir and could continue to supply water for up to two days.

The new generator, funded through a Manitoba Restart grant of 50 per cent up to a maximum of $450,000, will be capable of supplying power to the entire water treatment plant, ensuring water will run out of residents’ taps no matter how long the power is out.

With climate change, scientists predict more frequent and powerful storms and that has the potential for more and lengthier power outages.

“We will now have a generator that can power the entire plant, so if we’re out of power for two weeks, we can still treat and process water, giving residents one less thing to worry about in what would obviously be a trying time,” McDermid said.

Priority 3 of the Strategic Plan calls for safe and sustainable infrastructure including a reliable water supply. The plan also calls for continued improvements in efficiency and convenience and environmental stewardship through improved city practices and services.

Nicol said the new generator forms part of the city’s Climate Change Adaptation plan by ensuring the city will be able to maintain a safe and secure water supply during a lengthy power outage. We need look no further than the City of Portage la Prairie and surrounding area, where an October 2019 snow and ice storm felled trees and power lines and left some in the area without power for as many as 10 days, as an example of why the generator is essential.

South of the border, a winter storm this past February left many Americans and most residents of the very southern state of Texas without power for days on end in frigid temperatures.

“These are prime examples of what more chaotic storm events can do, whether you’re in Manitoba or the southern United States,” Nicol said.

“This new generator will allow us to be better prepared for these types of events.”

Nicol said the generator is also part of Climate Change Mitigation because it’s replacing a unit that runs off diesel.

“The current unit is burning diesel fuel, versus the new unit, which is natural gas. Less Greenhouse Gas emissions are generated from using natural gas than there is from burning diesel,” Nicol said.

“The other thing is with diesel, you can only burn what you have in stock and then you have to re-supply, and that’s assuming a supply is still available to you, which isn’t a safe assumption during a natural disaster or monster storm event. Natural gas is consistently fed, so as long as the natural gas is flowing, we could run for indefinite periods of time on the back up generator.”

The new generator was also identified through CAMP as an asset that was needed because the current one is in need of replacement.

Robin Electric was the successful bidder on the project and work will begin around the end of July and continue until September. Much of the early work will be done inside the water plant and installation of the generator outside the plant won’t take place until September.

Got graffiti? Who ya gonna call? Selkirk’s Anti-Graffiti team will do the job, free and fast
July 23, 2021
Stay in the know! Top Posts & PagesArchives TwitterMy Tweets
Go to Top
×