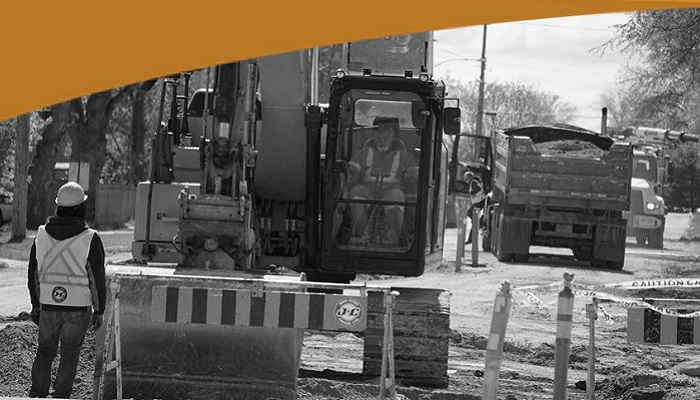 Dozens of the country’s leading voices in asset management will be coming to Selkirk on October 22nd to learn more about the city’s Capital Asset Management Program, and the fact they’re making the trek at all means the city is doing something very right.

Four years ago, Selkirk Council identified the establishment of an asset management program as a key priority when it adopted the city’s strategic plan. In 2016, Council set-out its detailed vision for the program by adopting its Capital Asset Management Strategy.

The goal was, first and foremost, to be fiscally responsible and to extend the life of city infrastructure through educated and informed decision making. Another goal was to become a leader in asset management in the province.

The Federation of Canadian Municipalities Asset Management Technical Working Group is meeting in Winnipeg in October and will be coming to Selkirk to learn more about what’s going on here, meaning the city is in fact among not just the province’s leading voices on asset management, but the country’s.

Selkirk Chief Administrative Officer Duane Nicol was nominated by the Association for Manitoba Municipalities to represent the province on the working group, and says the Selkirk visit is somewhat ground breaking.

“For the first time ever they’re going to do a site visit, a tour, specifically to come visit Selkirk,” Nicol said.

“So we’re anticipating 25 to 30 leading voices in asset management coming to Selkirk to learn about what we’re doing here. FCM is keenly interest in what asset management looks like for smaller communities, and we can provide some insight into what it looks like at the front-line.”

The group meets in locations across Canada and works on developing programs and tools to facilitate good asset management. Since its members are leaders in the field, there’s always a lot of advice shared around the table.

“The vast majority of municipalities are small and small municipalities have to build the capacity within the existing staff compliment and that’s one thing that Selkirk has done extraordinarily well,” Nicol said.

Selkirk approached asset management in stages, first compiling a database of all core city assets. Next, CAMP was developed, giving staff the tools to navigate through the city’s infrastructure and know first what there is, what point in the asset’s lifecycle it’s at and what maintenance needs to be done and when.

FCM’s $50 million Municipal Asset Management Program (MAMP) supports Canadian cities and communities like Selkirk to make informed decisions about infrastructure, such as the planning and construction of roads, recreational facilities and water and wastewater systems.

Selkirk is part of another FCM initiative, the Capital and Asset Management Network (CAMN), which offers peer-learning opportunities, training, and funding to help Canadian municipalities integrate climate change and sustainability goals systematically into decision-making about infrastructure assets. Selkirk is one of just 16 communities selected to participate in CAMN’s first phase, and is also the smallest.

In August, Selkirk’s efforts with climate change attracted the attention of Catherine McKenna, Federal Minister of Environment and Climate Change, who stopped in to see for herself how the city was accomplishing its goals.

This past month Nicol travelled to the west coast to speak at the Asset Management British Columbia conference.

Nicol said the FCM site visit is another great opportunity for the city to showcase the important work going on in Selkirk, and will provide others in the group, a first-hand look at Selkirk’s system.

He said the administrative team at the city takes great pride in sharing their successes and have been thrilled when other cities and municipalities have reached out to them for advice and direction. Calls have come in from other Manitoba cities, like Portage la Prairie, and from further west in Olds, Alberta.

“When the City of Portage la Prairie looks at how to improve our own best practices in any field, we always research what the leaders in the municipal administration are doing. In the field of asset management we didn’t have to look far as the City of Selkirk in a leader in asset management provincially and nationally. We are truly grateful of the City of Selkirk’s willingness to share their expertise, information, and insights on the growing field of Asset Management with us” said Nathan Peto, Chief Administrative Officer for the City of Portage la Prairie.

Nicol said that one of the greatest benefits of the city’s work to share its program is the exposure to the methods and tools others have developed.

“Municipal asset management is a developing practice in Canada, and putting Selkirk in the middle of that development ensures we are exposed early to new ideas and methods. We have learned so much from our peers because of our involvement. In the long-run, being active in the asset management community means that our citizens get a far better program, have better quality municipal services, and get far better bang for their infrastructure dollar.”