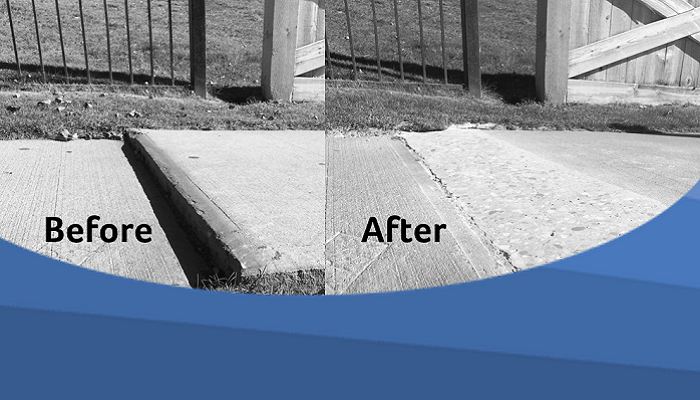 Getting around Selkirk on foot is now safer thanks to improvements made to sidewalks throughout the city.

The City of Selkirk’s Strategic Plan calls for the best possible recreation opportunities for residents, and walking is the easiest and most accessible form of recreation, that can be done by almost anyone. The plan also calls for smooth operation of the city’s transportation systems and adequate funding for maintenance of all city-owned assets.

Safer sidewalks at a lower cost

Selkirk CAO Duane Nicol said as part of the city’s Capital Asset Management Program (CAMP), the city assesses the condition of its sidewalks and plans for their repair and replacement. This year, the city enhanced its program by working with an innovative company that specializes in this work.

“The foundation of our program is continuous improvement. This new process means we will do a better job of assessing sidewalk condition, reducing risks, and ensuring repairs are done to extend lifespan, rather than waiting until failure and replacing, using a ‘worst is first’ model. It means we can be proactive rather than reactive. In the long-run we’ll have better sidewalks at a lower cost,” Nicol said.

Ryan Sicinski, Manager of Public Works, said the city contracted Safe Sidewalks in June to do an assessment of the 55.5kms of sidewalks in the city and what degree of trip hazard they posed to those walking on them. Using a condition assessment scale of 1-5, with 5 being an extreme trip hazard, the company created a GPS map with ratings indicating the state of sidewalks.

In September, they returned and repaired 138 locations throughout the city that had a 30 mm variation in surface level. This was done by using a new cement grinding technique that levels rough and blunt areas to make them flush with the rest of the sidewalk eliminating the need to replace them.

“It’s an extremely cost effective way of prolonging the life of the sidewalk and making our active transportation network safer for people,” Sicinski said.

Sicinski said $17,000 was spent on the assessment and repairs, substantially less than $55,200, which is what it would have cost to re-pour concrete in all the locations that were repaired.

“We identified those areas of the sidewalks that posed the greatest public danger, or impact, and repaired those first. All the areas repaired were deemed a five, or an extreme trip hazard, and they’re now considered a one,” Sicinski said.

“We want our sidewalks to be safe for people to walk and we want those with mobility issues to have safe access to them as well,” Sicinski

City staff members have been trained to assign a 1-5 rating to city sidewalks, so repairs will be an ongoing project, and an overall assessment will be done every five years.

Application for Selkirk’s removal from the Red River Planning District submitted to the Minister
April 16, 2021
Stay in the Know!
Top Posts & Pages
Archives
Twitter
My Tweets
Go to Top
×