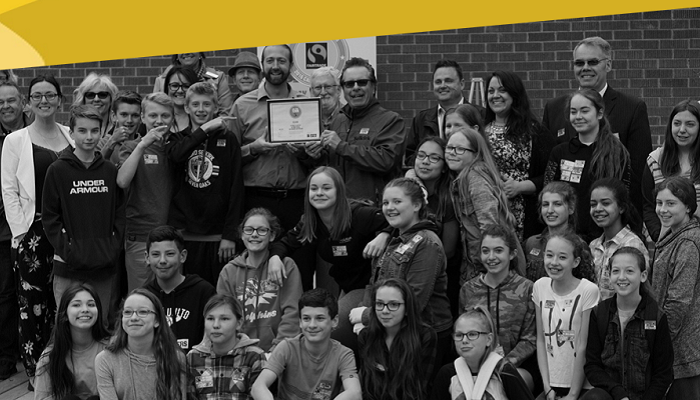 The year 2017 was another big one for the City of Selkirk with council and administration continuing to build on previous successes while celebrating several firsts as well.

The city is in a growth pattern, which was identified in the 2016 Canada Census that put Selkirk’s population at 10,278. That number – the largest the city has seen in decades – has no doubt increased since Census Day, an indication that Selkirk is prospering in all the right ways.

Mayor Larry Johannson said it’s a great time for the city and he’s thrilled with the progress that’s been made in strategic development, environmental improvements and throughout every sector of the city.

“I like to think that council and administration are working together as a team to make Selkirk the best that it can be. We really strive to better the city in ways that are meaningful to the residents and sometimes it’s obvious things that they can see and touch, other times it’s behind the scenes processes that improve their everyday lives, but they’re not really aware of it,” Johannson said.

“They can see work being done to the streets, more trees in the parks, our success at Communities in Bloom, but they don’t really see the innovative things we’re doing in asset management, they way we’re improving our working relationships with investors and developers, and how we’re investing in our people, our human resources. We’re becoming known as a city that leads, and that’s very exciting.”

Some of the big behind the scenes work in 2017 included designs for both the new wastewater treatment plant, the city’s largest infrastructure project ever, and the fire hall expansion.

Selkirk was recognized for several of its initiatives in 2017 including its use of development agreements, its status as a Fair Trade Town and its capital asset management program.

The city was asked to present at the Manitoba Professional Planners Institute’s annual Planning Conference in May due to its innovative and creative use of development agreements. The city has successfully used the development agreement process to mitigate resident and stakeholder concerns when development occurs in the city.

Taking Strides Towards a Smaller Footprint

Selkirk has become a leading voice in asset management and CAO Duane Nicol was asked to work with the Association of Manitoba Municipalities and the province to develop asset management training material that will be used in 2018. Nicol was also named the chair of a new national organization called Asset Management Canada.

“As a city, we’ve been concentrating on improved capital asset management for a number of years and we’ve really taken on a leadership role to encourage others in the province to follow suit,” Nicol said.

“Manitoba is really lagging behind the rest of the country as far as sustainable asset management goes. We’re taking steps to change that and it really is beneficial to Selkirk if everyone embraces this – we’re working with the best asset managers in Canada now and it can only improve our situation.”

Selkirk was once again recognized with 5 Blooms from the Communities in Bloom judges, reaffirming the city’s efforts to not just beautify Selkirk, but improve in the competition’s six categories – tidiness, environmental action, heritage conservation, urban forestry, landscape and floral displays.

The city developed its first Investment Profile in 2017, which gives entrepreneurs or investors all the information they need about Selkirk in one neat package. It’s a succinct document full of critical information that will help Selkirk continue in its role as a service hub for 75,000 people.

Investing in infrastructure is one of the city’s top priorities and in 2017 there were major investments into streets, specifically the rebuilding of McLean Avenue from Main to Eveline Street, the rebuilding of Sophia – the completion of a three-year project from Greenwood to Manitoba – and Pacific Avenue.

Nicol said the city will focus on street work again in 2018 and concentrate on extending street life by doing overlays on streets before they fall into a state of disrepair and have to be totally redone.

Work on separating storm and wastewater pipes continued in 2017, and will be a focus again in the New Year. McLean Avenue and Pacific Avenue had combined sewers separated during street construction in 2017.

The City of Selkirk was the first municipality outside Winnipeg to pass and begin using the Administrative Penalties Bylaw as required under the province’s Municipal Bylaw Enforcement Act. The bylaw was passed by Selkirk council on Jan. 23 and came into effect Feb. 6. The legislation aims to reduce the amount of time spent in court, so parking tickets are now dealt with through the City of Selkirk, and not provincial court.

The city made improvements to water quality at Selkirk Pool in 2017, and Johannson said it’s important to take care of assets like the pool, which so many people enjoy every summer.

2017 also saw the purchase of six new Self Contained Breathing Apparatus for the Fire Department and a new Fire Rescue Truck.

The city created the Block Party Program in 2017, which supports neighbours coming together to host a block party. The program brings people together so they can get to know their neighbours. It helps build community pride, but it also helps to make our communities safer, because neighbours who know each other are more apt to look out for one another.

Selkirk’s Canada 150 Mosaic Mural was unveiled June 27, 2017 at the Gaynor Family Regional Library. It was created by the people of the Tri S area as part of Canada’s 150th birthday.

Finally, 2017 was year two of Selkirk’s new Leadership Development Program, which is a major investment into the city’s human resources. Nicol said revitalizing the city requires the best staff possible, so the city wants to attract the best possible candidates for city jobs and train existing staff to become leaders in their fields of expertise.

With 2017 in the books, Johannson is excited for 2018, and continuing the important work council and administration have been doing. Some of the biggest projects, including wastewater treatment plant and the fire hall expansion, will begin to take shape in 2018.

“There’s more good stuff to come, and I can’t wait to see the planning and hard work begin to take shape. There’s so many good things happening in the city and it really is a good time to be in Selkirk,” Johannson said.

“We’ve worked hard on these projects and we’ve made it a priority to keep the public involved and informed and I think people are really going to be impressed with the progress that’s happening.”