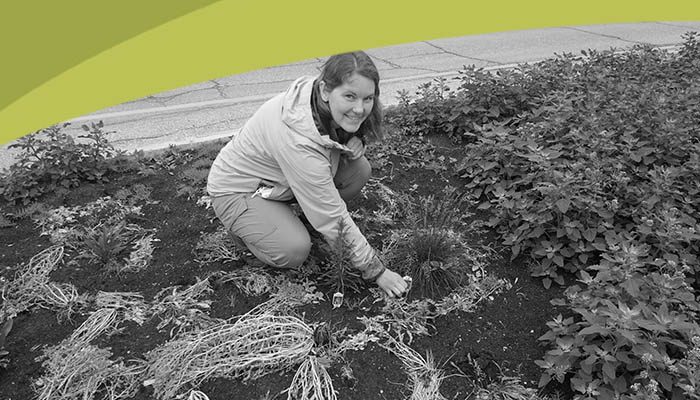 While it may not look like it now, a pilot project that replaced grass on a north end boulevard with native plants last fall is showing signs of early success.

The idea, generated by city parks and recreation staff and Prairie Originals owner, Kelly Leask, came to light while looking for ways to support pollinators and reduce the amount of hours spent cutting grass all summer.

“It’s more than reallocating our resources, it’s about creating a better habitat for pollinators, reducing emissions and aiding in water filtration and slowing down surface water run off,” Vandenbrand said.

“These plants don’t need to be watered as much either; and with the drought-like conditions we’ve experienced this year, it’s the perfect example that shows we’re taking the right steps by planting naturally.”

The boulevard wildflower project is still in its infancy so what you see now is just the beginning and it will flourish in the years to come.

“While it may look like weeds right now, it’s hardly just that. Half of the boulevard was planted with plugs and half with seeds that are just now becoming established. The two installation methods will allow us to compare which works best in terms of growth and maintenance,” Vandenbrand said.

Selkirk’s Strategic Plan calls for the city to be environmental stewards by improving city practices and services, encouraging water conservation and protecting natural features and resources. Those actions paired with others like planting drought-resistant plants all help in preparation both for future droughts and climate change. The city’s award-winning Climate Change Adaptation Strategy is being integrated into day-to-day operations and has led the city to be recognized as a leader in climate adaptation nationally.

Leask said the project is “a really sensible thing to do,” because it not only eliminates the need for cutting grass, it conserves water and ultimately brings the boulevard back to a natural state.

The city and Leask continue to work together and have created a maintenance guide to help staff identify the 31 species of wildflowers that were planted last fall.  Leask spent a couple of afternoons educating city staff on the appearance of the plants and provided helpful tips and photos of what to look for so that they aren’t accidentally mistaken for weeds.

“If the pilot is successful, we would like to see this expanded to other boulevards as well as under-utilized green spaces in parks so that we can make mowing a thing of the past and help out in many environmental ways”, said Vandenbrand.