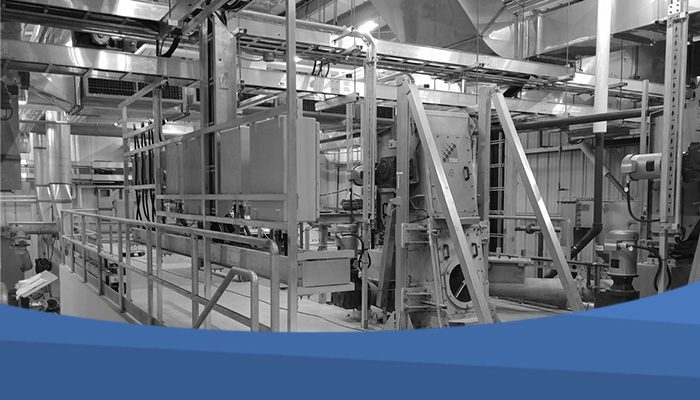 Pictured: Headworks area where the wastewater enters the plant

Among the many positives that Selkirk’s new wastewater treatment plant (WWTP) brings to the city is that it was built smart and the city held strong to the belief that bigger isn’t necessarily better.

The $30-plus million plant is state-of-the-art and will treat effluent to a higher standard than provincial regulations when it opens this spring.

The new plant makes use of a Membrane-Bioreactor Treatment process, which provides the best environmental protection for the Red River and Lake Winnipeg and it’s been built in a way that will allow it to grow with Selkirk’s – and the surrounding area’s – expected population growth, in an easy and affordable way.

What the new plant doesn’t have, is excessive tank capacity, which would have inflated the price tag and been under-utilized, say for perhaps a handful of days a year during heavy rainfall events when the flow to the WWTP surges substantially for a brief time period.

The surge is due to the city’s combined sewer system, which transports wastewater and storm runoff to the treatment plant in a single pipe; though Selkirk has been working towards a plan that makes sewer separation a priority as outlined in its Climate Change Adaptation Strategy (CCAS).

The new plant will have storm surge capacity by making use of pumps and existing infrastructure in the form of five decant lagoons located north of Hwy. 4.

Chief Administrative Officer Duane Nicol said the city’s focus on both financial and environmental sustainability factored into the design of the plant, and rather than approve engineering suggestions for additional storage tank capacity that is only required during these heavy rainfall events, the city opted to innovate.

“The original concept proposed by the engineers was to construct a system three times larger than what we needed just to handle the ‘peak flow’ rate. This is a $39 million plant as it is. Between construction, operation, and maintenance I’m sure this innovation is saving us millions, if not tens of millions over the plant’s lifetime,” Nicol said.

“The city’s decisions are tied to our Strategic Plan and our award-winning Climate Change Adaptation Strategy and we are aligned to both with this decision, which is cost effective and innovative.”

The city’s Strategic Plan calls for safe and sustainable infrastructure and for the city to address the need for substantial capital investments. It also makes environmental stewardship a priority as well as improvement of practices and services and encouragement for environmentally responsible development.

Director of Operations Dan McDermid said climate change tells us that we will experience heavier rainfall events more frequently, but even with that, Selkirk can expect about 10 days a year of significant rain.

Building the WWTP’s tank capacity to accommodate those days simply did not make sense so the city will protect its citizens and the environment by diverting waste and storm water temporarily to the city’s decant lagoons when necessary.

“We currently experience big rainfall events maybe five or six times a year, and we know that climate change will increase the number of days, but we’re still looking at a fairly small number. It doesn’t make sense to build our plant to a much larger capacity at a much greater cost,” McDermid said.

“We know storms are going to come more often and be more severe, but to build our plant huge would have been silly. The engineers wanted us to do that and said we need to rethink this. Working with the design team, we landed on this idea, and the engineers designed a way to make it happen. We built for the everyday, not the one offs.”

When it does storm, excess flow will arrive at the new plant and be pumped – at the rate of 277 litres per second or 24 million litres per day – to the decant lagoons and held there until the rain event is over. It will then be pumped back to the plant and treated.

McDermid said it was a fiscally responsible move that still considers climate change and the safety of citizens and environment.

“It’s an example of building smarter. We used what we already had and we got creative in how we built the new plant to deal with significant rainfall events” McDermid said.

Nicol said as the city implements its Climate Change Adaptation Strategy, the separation of combined sewers will reduce the occurrence of surge events which would have made the oversized plant even more wasteful.

“As we separate the systems, less rainwater enters the wastewater system and therefore there is less flow. In the foreseeable future, there won’t be any surge in the wastewater network making the oversized plant redundant and shamefully expensive.”