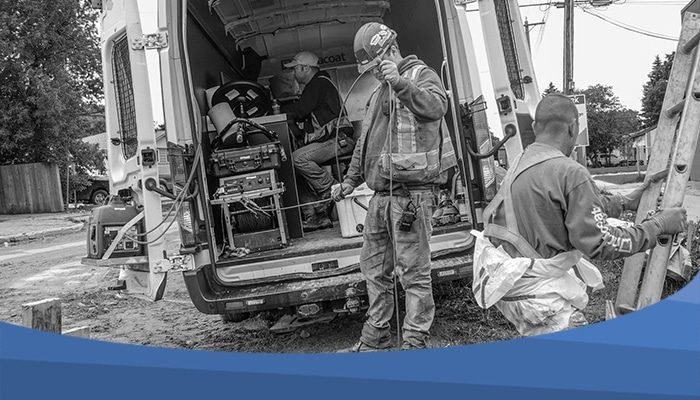 Main Street North is in need of an upgrade. Both on the surface, and underneath the ground. While the street is actually a provincial highway and the responsibility of the Province of Manitoba, the water and sewer infrastructure are owned by the City.

“The street is in poor condition. It’s a topic that citizens are very vocal about, and we have been very vocal about with the province. We hope it will be resurfaced in the near future,” said the city’s Director of Operations Dan McDermid.

“The water mains also are in poor condition and need to be tended to. Instead of waiting for an official announcement on the road work to start this project, we want to get ahead of it and do it now while we have the time and resources available to us.”

Piping in before they burst

Through the city’s innovative Capital Asset Management Program, each one-block stretch of water main across the city was graded on a 1-5 scale, with 5 being in “Very Good” condition, and 1 being in “Very Poor” condition. Almost half of the mains down that stretch of road received either a 2 or 1 rating. Pipes in this condition have a significantly higher probability of failure.

“We’re being proactive rather than reactive. We’re not going to wait until a pipe breaks to do the work,” said the city’s Manager of Utilities Raven Sharma.

“These pipes are very susceptible to breaking during road resurfacing work. If one were to break during that work, we would have to dig up the whole road to replace it. Not only is that extremely costly, it could mean the loss of water service to our citizens for an extended period of time. Doing this work now will lessen the chance of that happening significantly, while extending the life of these water mains by over 50 years.”

Instead of installing a whole new water main, the pipes will be boared, scraped and cleaned using a special water jet. A special application head will then be inserted and slowly dragged through the pipe, applying a protective coat that will strengthen the pipe’s integrity.

Induracoat, a B.C company that specializes in the installation of this protective lining will be undertaking the project having successfully won a competitive procurement process for this year’s planned lining work last spring.

The total cost of the project is $366,118 and will be paid out of the water utility reserve funds. The cost to replace the pipes instead would be double or possibly even triple that, plus the additional cost to replace the road we would need to dig up.

The city’s Chief Administrative Officer Duane Nicol says this is just another example of how the city is using asset management to save valuable infrastructure dollars.

“Road resurfacing down that stretch is going to happen eventually. Doing the work now can creates the least possible chance of a costly water main break, while also improving the quality of our water network. We’re able to use infrastructure data and leading practices to improve services, reduce underlying risks and save our citizens’ money over the long-term.”

Citizens should see crews excavating certain areas down Main Street starting September 21. The city will need to schedule service interruptions while crews work on the water mains. Those affected will be notified well in advance.