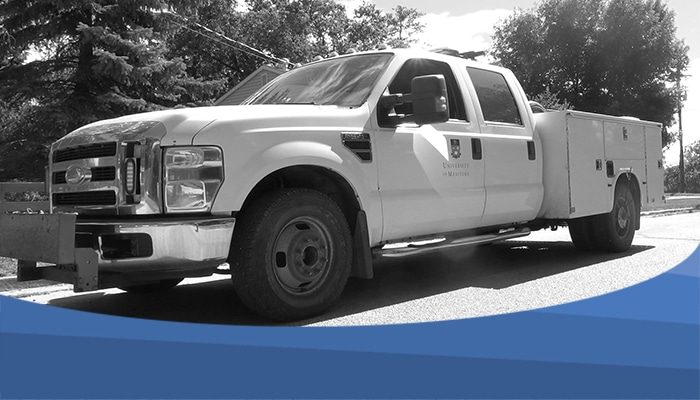 Though it may not seem so at first, a 400-pound weight falling onto the pavement of a Selkirk street is an excellent example of the city’s Capital Asset Management Program in action.

And according to Dr. Ahmed Shalaby, University of Manitoba Municipal Infrastructure Chair and Chairholder, the seemingly simple act of dropping 400-pounds onto the pavement can teach plenty about the state of our roads and how to build better ones.

“We have a huge infrastructure deficit (in Manitoba) and it’s difficult to bridge it, it doesn’t take only money to bridge it, it takes money and better methods, so we’re trying to respond by extending what we know about infrastructure, the engineering side, so that the money can be used more effectively,” Shalaby said.

“We do repeat a lot of mistakes of the past, so we’re trying to get out of that loop of building something and then coming back a few years later to rebuild and to fix and to repair, we want to optimize infrastructure.”

Helping us help them

Through a partnership with the Province of Manitoba, Shalaby and his graduate students have been loaned a falling weight deflectometer and they brought it to Selkirk for what he believes is the first time the equipment has been used to test a city road network in Manitoba.

“It’s been used in every province, normally on major highways and on airfields runways. We want to expand that use to anywhere there is a road network,” he said.

“We’re excited about having the opportunity to test the road network in Selkirk.”

Chief Administrative Officer Duane Nicol said when Selkirk started down the road of asset management, the goal was to be a leader in the field. By being the first city in the province to have access to this technology that ultimately will lead to better designed roads here and across the country is a win.

“You can’t solve a problem with the same thinking that created it. Asset Management is a core part of our efforts to modernize city government. We’re creating Selkirk 2.0 with strategic investments into our people, our processes and our technology. This pilot is a fantastic example of how we’re making that vision a reality,” said Nicol.

Selkirk’s Strategic Plan calls for the city to make safe and sustainable infrastructure a priority by having adequate funding for city-owned assets, as well as get maximum value from community resources through active management of capital assets. It also dictates that the city must strive for the best return from municipal investments and operations and it continues to improve in efficiency.

Though the name might conjure images of some science fiction gadget, it’s actually quite simple in how it works. The deflectometer is in the back of a truck and is dropped from a specific height and allowed to free-fall to the pavement, Shalaby said.

“Once it hits the road, the road deflects, it actually moves a little or displaces a little and we are able to measure that displacement. If the road structure is weak it will deflect a certain amount and if it is strong it will deflect less,” he said.

“We are able to simulate what happens when a heavy truck drives on that road and how the road responds to that load. It’s a non-destructive testing tool that’s important so we don’t damage the road itself by doing that.”

The technology has been used in every province and Shalaby said Manitoba Infrastructure has been using it for about 15 years testing highways throughout the province.

I can hear the streets calling

The Municipal Infrastructure Chair is a five-year research program, initiated in 2016, and supported by the City of Winnipeg, the Province of Manitoba and 12 construction industry contractors, suppliers and associations.

The City of Selkirk was introduced to Shalaby and the MI Chair when it adopted the same road construction standards as the City of Winnipeg, which were based on the Chair’s extensive research in pavement and infrastructure.

“The core part of asset management is not just collecting data but actually being able to use that data to make better decisions and to improve the life of our infrastructure, as well as reduce the overall cost across all infrastructure. Our goal obviously is to have better roads that last longer and cost us less in the long run,” Nicol said.

Potential savings in the millions

Ryan Sicinski, Manager of Public Works, who provided Shalaby with a list of roads in the city that should be tested, said the results will give the city information it previously could only get by tearing up a road.

“The testing will look at the base and sub-base and if it comes back with good results, we can better plan the road construction,” Sicinski said.

“Rather than us having to excavate the base and sub base, we potentially could use the existing and just strip the asphalt and lay down new curb and gutter and have a fresh street on an old base.”

Helping the future of Manitoba roads

“Normally when a road is designed we make certain assumptions about what exists there…If we think this road is in good condition and we run this test and it shows that too, then it’s two pieces of evidence not just one. It helps us…design more efficiently, so we don’t over-design or under-design,” he said.

“We’re moving ahead and making progress and that’s the idea, that we’re going to be optimizing the design, which means we’re going to be using whatever is needed, not more or less. Both are dangerous, both are not good, we’ll use exactly what it needs. The more fine tuning the better.”

Selkirk will obviously benefit from the additional data on its streets, but the knowledge gained here will help Shalaby, a professor and Head of the U of M’s Civil Engineering Department.

“Selkirk is the first one to benefit from (this equipment)…For (the U of M) it will provide us research data so graduate students will be analyzing this data and looking for ways to extend its use and to help design engineers develop better tools and better methods for responding to needs.”