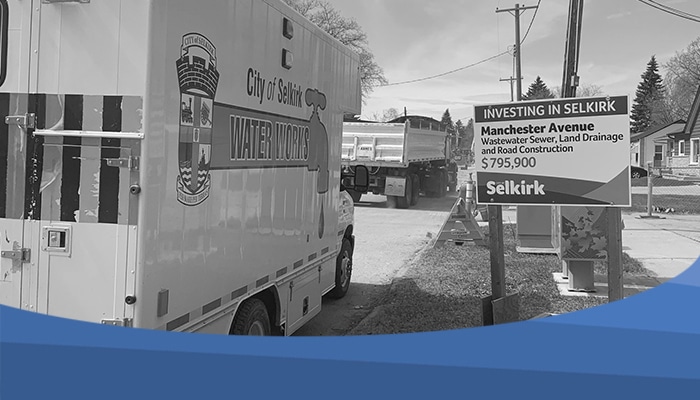 The city had to get creative with its tradition of hosting an open house to kick off construction season and switched to a virtual model to align with COVID-19 social distancing restrictions.

A web page was created so the public could see what projects were coming up and why and notices were hand delivered to those directly affected.

Mayor Larry Johannson said it’s a challenging time for everyone, and the city took the necessary steps to ensure people’s safety while still maintaining a high level of communication.

“We wanted to pay attention to the Province’s orders for social distancing and our concern of course is for everyone’s health and safety, so holding an open house was not in anyone’s best interests,” Johannson said.

“Our staff worked hard to make sure the public is still informed about what work will be done on our streets and infrastructure this spring and summer. We’re all in this together and we’re committed to continuing the important work the city needs to do and to keeping everyone informed in a way that keeps everyone safe.”

A total of $3 million will be spent this year on nine infrastructure projects that have been identified through the city’s Capital Asset Management Program (CAMP) as being at the right time in their lifecycle for cost effective renewals and upgrades. Work has begun on one of the projects, and others will start over the coming weeks.

”Using asset management, we’re making strategic, proactive infrastructure investments that are helping us get ahead of problems. We’re also preparing our systems to support the growth we’ve seen over the past five years. In the long-run this sort of planning and data driven decision making will mean we have better infrastructure for less cost” said Nicol.

The light at the end of the tunnel

Director of Operations Dan McDermid said Manchester has had construction activity for the past two years – from Mercy to Sophia last year and the year before from Mercy to the end of the block – and this year’s work will complete combined sewer replacement and other upgrades on the street west of Main. The city has a long-term plan to separate all combined sewers, which can cause basement back ups during high rainfall events.

“The Manchester sewer was the driving force for all of this, it had a condition rating of five, which means it was in very poor shape. Within our asset management system, condition ratings go from one to five, with five being the worst or the closest to asset failure,” McDermid said.

“The sewer on Manchester serves a couple other neighbourhoods as well, so it’s collecting from a larger area and if it did fail it would have a big impact, potentially 200 or more houses, so it was important to complete this work.”

Nicol said the work on Manchester is aligned with the City’s award-winning climate change adaptation plan which call on the city to prepare for more frequent and more intense rain events.

“We’ve had a sewer separation plan for almost two decades now and had made a bit, but not lots of progress. Fulfilling a tactic in our climate change adaptation strategy, we amended our asset risk policy so now projects that separate sewers are getting a higher priority. Plus, with asset management, we’re aligning this work with other needed works in the same area and getting better bang for our infrastructure dollar” said Nicol.

A water main renewal on Main Street from Strathnaver to Sinclair Avenue will get underway in June.

“We’re not seeing any breaks or issues right now, but based on our asset life-cycle modelling, we know they are potentially coming soon,” said McDermid

The section of Main Street has a four-inch cast iron water main from 1908 servicing it, which is well beyond its scheduled useful life. Although the pipe isn’t really causing problems, it’s simply too small to provide adequate pressure for fire protection.

Not only would it affect local businesses and residents off of Main Street, but if it were to break in front of Daerwood School, that’s something we definitely want to avoid,” said McDermid.

A 2013 report on the city’s water system identified the pipe as needing to be upgraded and it will be replaced this year with a 10-inch pipe.

The Main Street sewer line from Manchester to Colcleugh will be relined in August, and the work will be done underground with no disturbance to the road surface and minimal traffic disruption.

The city will install a trunk line from the lift station at the Rec Complex to service future development in the south end. They’ll also decommission a lift station on Purvis Boulevard and tie sewage lines from there into the new trunk line. Fifty per cent of the $1.6 million project is being funded by the Manitoba Water Services Board.

Nicol said with good infrastructure planning, the city is better able to make use of grant programs because the city has shovel-ready projects to apply with.

“Good asset management means that when they have money – we have projects. In the long-run that means more work in Selkirk with less property tax dollars”.