Have an event in Selkirk? Let Red River North Tourism be your guide to all the city has to offer! 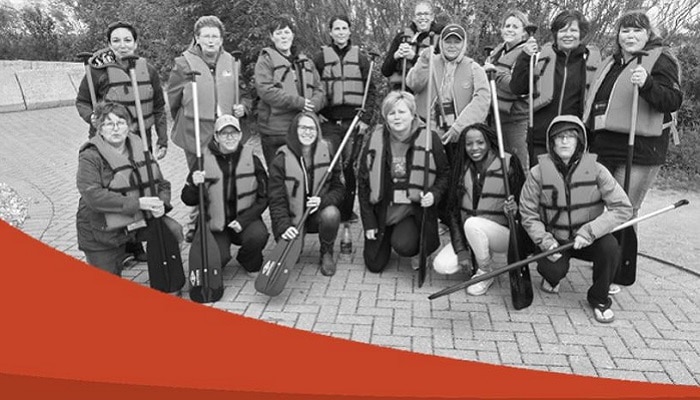 When some 200 Fire Chiefs from across the province converged on Selkirk last June for the Manitoba Association of Fire Chiefs Annual Convention, Selkirk Chief Craig Fiebelkorn had plenty for them to do.

The convention was hosted by Selkirk and its Mutual Aid partners.

Lois Wales, President of Red River North Tourism, made sure their spouses were equally busy, getting a taste of all Selkirk and the region has to offer.

Wales organized tours that immersed the spouses in everything Selkirk, from the food, to the shopping and of course the history.

It wasn’t your run-of-the-mill tour package and the guests were appreciative of the diversity they were treated to.

“They really enjoyed House of Economy and had all kinds of questions about how it’s run,” Wales said.

“Some of them said they were going to take that information back to their home communities.”

Fiebelkorn said the Fire Chiefs were engaged during the two-day convention and were able to soak up important information and get some time to experience the city. He was thrilled that their spouses got to take in so much local flavour.

“As the host Chief and in charge of organizing the conference events which included a “Partners Program”, I found myself reaching out for assistance,” Fiebelkorn said.

“Contacting Lois Wales to coordinate the events involving the spouses of the Chiefs attending the conference was by far the best decision I could have made.”

Fiebelkorn said he met with Wales and discussed his vision, and – “She ran with it”.

Wales liaised with City of Selkirk staff, Selkirk Biz, and the destinations they decided on and Selkirk Transit Authority.

“When she was done, the total package for this event had been taken care of, including transport times, costs, menu, and so on. I would strongly recommend to anyone organizing an event that contacting Lois is like pushing the ‘easy’ button,” Fiebelkorn said.

Selkirk Mayor Larry Johannson said the spirit of cooperation that was demonstrated throughout the convention was phenomenal, and showed how working together with other agencies puts everyone in the best light.

“I think we were able to showcase Selkirk so well because we all have the same goal – to let the rest of the province, the country and even the world know what a great place this is,” Johannson said.

“We want to capitalize on our tourism potential and we’re working hard to revitalize our downtown core and be better environmental citizens and if we do a good job of presenting this to visitors to our city, they’ll see it too.”

Wales said Red River North Tourism has done tours in the past, but not necessarily for an entire convention. She thinks it’s a great opportunity.

“With so much here, we might as well show it off,” she said.

Wales said they couldn’t take a tour of Lower Fort Garry due to construction scheduled at the time, so they took a Selkirk Transit charter to Oak Hammock Marsh.

After a tour of the Ducks Unlimited head office, the spouses headed out on either a walking or canoe tour of the marsh.

They returned to Selkirk for some shopping time.

On Saturday, they boarded the ships at the Marine Museum of Manitoba and enjoyed a lunch catered by Roxi’s by the Red Uptown Cafe on the Joe Simpson.

“They thought that was really interesting,” Lois said, noting the plan with future tours is to have different local restaurants cater meals so guests can experience as much of the city’s culinary excellence as possible.

Next was a bus tour of the city’s historic buildings and homes and a trip over the Red River to St. Peter’s Dynevor. Local historians Rob Sarginson and Tom Ramsay entertained and informed on the bus trips.

Wales said their guests were impressed with how well the city’s historic sites were preserved and said they learned a lot about the area that they didn’t know.

When they were done, there was time for more shopping, which was much appreciated.

“The had another opportunity to shop, which they kind of liked, they said sometimes hosts plan something for them for the whole day, but they like to have some free time,” Wales said.

The opportunities for tours are endless and Wales said anyone interested in booking tours can contact Red River North Tourism at [email protected] or by phone at 204-485-4881.