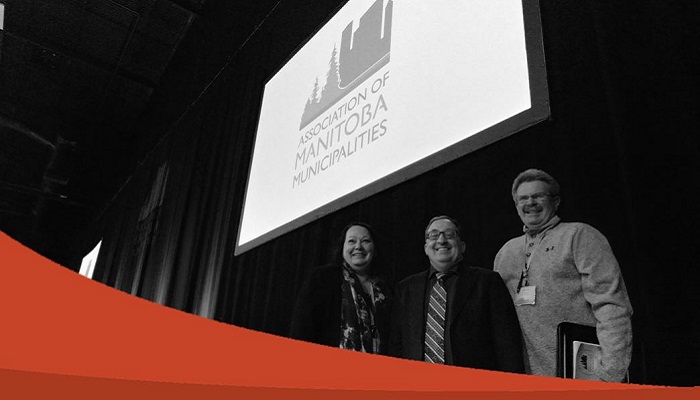 Directors serve two-year terms but due to one Interlake Director’s loss in the Oct. 24 municipal election and another’s decision to step down, Cook and St. Laurent Reeve Cheryl Smith were elected at the convention and will hold the position until the June district meeting.

“I’m really looking forward to working at the next level and representing the Interlake area, the issues across the region and being part of that advocacy group that takes issues forward to the Province of Manitoba,” Cook said.

Selkirk is the one of only two cities in the Interlake region, which also includes neighbouring municipalities West St. Paul and St. Andrews. Cook said there’s diversity in the region but everyone’s concerns will be represented.

“I would say you’ve got urban, suburban and rural and that’s what makes up AMM, and 80 per cent of the issues have a common thread through them and everybody has their own 20 per cent,” Cook said.

Cook joins past Councillor Dawn Macfarlane as only the second Selkirk council member to ever serve on the AMM Board of Directors in its 20 year history. Macfarlane served on the founding AMM Board. Former Mayor Bud Oliver served as President of the Manitoba Association of Urban Municipalities, one of the two organizations that joined to create the AMM in 1998.

Selkirk Mayor Larry Johannson was also elected Chairperson of the Cities Caucus at the AMM Convention.

Cook said he hopes to be nominated for the position again at the June meeting, which takes place in Selkirk, so he can have the opportunity to serve a full two-year term.