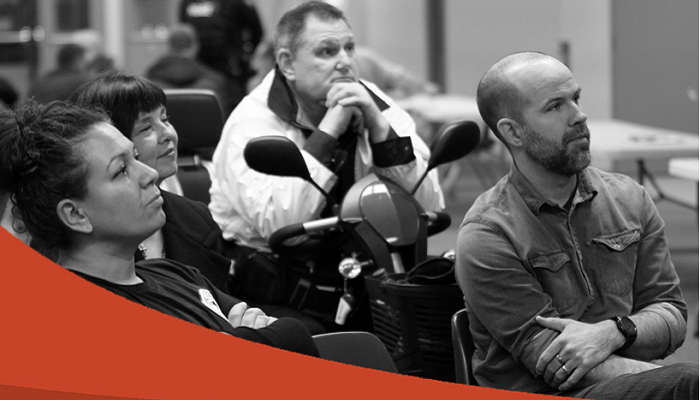 Attendance was down but spirits were up at the 2018 Policing Priorities World Café held March 13 at the Selkirk Rec Complex Banquet Hall.

A small crowd came out to learn more about the programs and agencies that are working to make Selkirk safer and help determine the city’s top three policing priorities.

David Thorne, the city’s Director of Protective Services, said the event was a success because people learned about groups like Interlake Sexual Exploitation Educators (ISEE), and Selkirk Team for At Risk Teens (START) as well Citizens on Patrol Program and the Selkirk Bear Clan, among others.

“All these different agencies participated in informing the public about what their group does,” Thorne said.

“Each has their focus but together their presence makes Selkirk a safer place, so it was nice that the public got to see just how many groups are working on their behalf.” 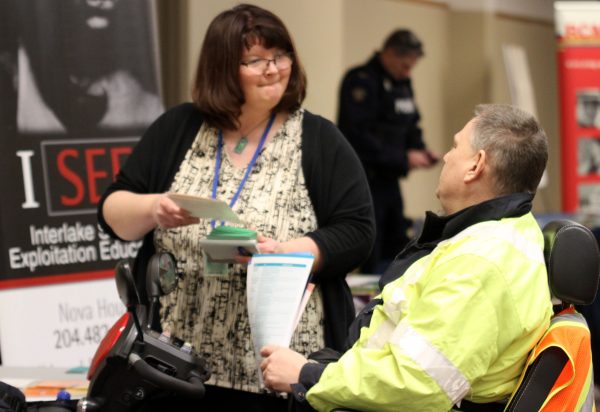 The first hour of the night allowed people to go from station to station and learn about the various groups that were there to speak to the public and hand out educational material.

In the next hour, attendees were separated into four groups to brainstorm what their top three policing priorities for Selkirk are. There were several common themes that emerged from the groups, including a desire for the police to be more visible in the community and to make an effort to develop relationships with the public; abuse of both drugs and alcohol which can result in anything from theft to violent crime and a bigger focus on youth development.

Results of the evening will now be discussed with the RCMP and go before Selkirk council.

Deputy Mayor Kelly Cook said getting the public engaged will take time and he called the World Café “just the beginning”.

“This is a great start to community collaboration and looking at how do we make our community safer. We’ve started by bringing all the stakeholders together,” Cook said.

“The public is a key piece. You have to have the public engaged. Our Strategic Plan says we need to engage the public to be part of the solution, and that’s what this was about.” 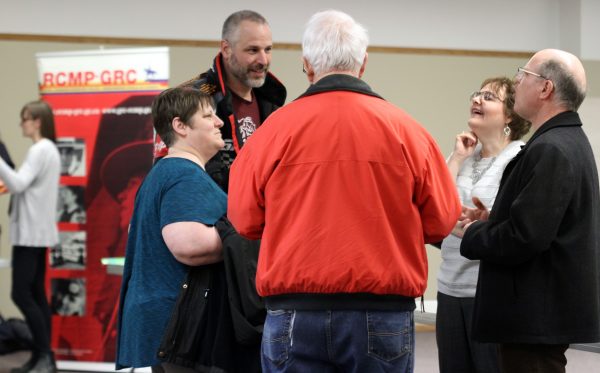 Engaging the Community in Shaping Our Future

Terri Moar, who works on Manitoba Avenue, came out for the event and was impressed that the city and the RCMP are involving the public in not only ways to keep the city safer, but policing decisions as well.

“I think this is showing the importance of the community. It’s not just the City of Selkirk, it’s not only the RCMP, it’s the community that’s going to make the difference and they’re actually giving people the chance to give their opinions and talk about what they see as a priority,” Moar said.

Ryan Galashan, who’s lived in Selkirk for nine years and is the Director at Selkirk Youth for Christ, said as someone who works with young people, some of whom are struggling with issues, it was nice to see the RCMP interacting with the public and other agencies. By bringing everyone together, Galashan said the city and RCMP are saying that the community is stronger when everyone works together.

“I like to see when the RCMP are able to engage those who are already working with…vulnerable, at-risk teens. I love coming to an event like this where people I work with on an ongoing basis, and the police, are here as well,” Galashan said.

“To me, when I come to something like this, I feel like they really do care, you know? That they want to not just get stuck in the same way of doing things and that maybe the community can help us, I think that’s really encouraging. And to see the police here tonight, I love to see them. I’d love to see them get into the community more.”

Having the RCMP more visible in the community was a common theme and Irene Hebert, who runs a business on Manitoba Avenue, agreed.

“It’s time for the community to get to know the people that are protecting us, that are looking after us,” Hebert said.

Visibility of the police is “very, very important,” Hebert said, noting that during her 23 years on Manitoba Avenue, she’s heard every complaint people have, “and then some”. 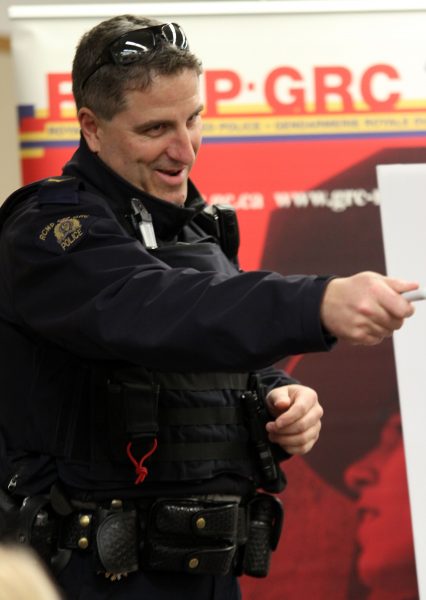 Various groups working together towards a safe and connected community

The groups that were present at the World Café demonstrate that there’s a lot going on in the city that perhaps people are unaware of, and they should educate themselves about.

“There’s a lot of stuff going on in Selkirk, we need volunteers and we need exposure. We have the Bear Clan Patrol, we have the COPPs, etcetera, etcetera. Some of these are volunteers who also work full-time jobs, to come out tonight and do this is absolutely wonderful,” Hebert said.

“And I think having David (Thorne) here in this position has been a real bonus and a plus.”

Selkirk’s Chief Administrative Officer, Duane Nicol, said the city was encouraged by the enthusiasm and thoughtfulness demonstrated by those who participated.

“Crime is a by-product of society, there isn’t any one source of crime. As such, there can be no single solution to it. The RCMP can’t make our community safe on their own. We, as citizens, have to take ownership and work together to build an even safer community,” Nicol said.

In 2018 the city will be developing a Community Safety Strategy to guide the implementation of the city’s vision of crime prevention. Public meetings like this one are helping to inform that strategy.

“We are changing the way we address public safety in the city. This new strategy will help us engage our citizens, and guide investments into programs and activities that address the needs and gaps we find in our community. Working together we will help keep Selkirk strong and vibrant and we’ll make it an even safer place to live, work and play.”