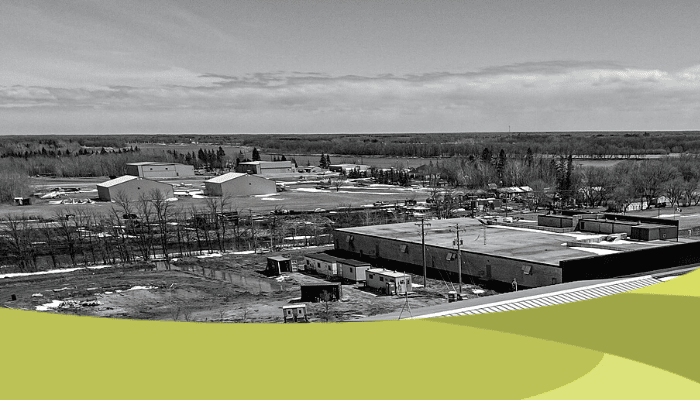 It’s official – the lease agreement between the City of Selkirk and Charbone Hydrogen Corporation was finalized Nov. 7.

Charbone will build the province’s first ever green regional hub for the production and distribution of green hydrogen on 4.6 acres of land west of the city’s decommissioned wastewater treatment plant.

Mayor Larry Johannson said it’s another positive step for the city and its citizens.

“This is another great announcement for the City of Selkirk,” Johannson said.

“It’s great for the local economy because Charbone will create new local jobs and it’s right in line with Selkirk’s efforts to reduce Greenhouse Gas emissions, integrate climate change into our daily business and ultimately be a major contributor to the circular economy. We’re proud that Charbone recognizes the city’s efforts to encourage sustainable development and to grow the economy is a meaningful way. It’s great news.”

Charbone will establish a facility that will produce and distribute green hydrogen. Being built on land west of Selkirk’s decommissioned wastewater treatment plant allows it to use reclaimed water or ‘re-water’ from the city’s new treatment plant and provide residual oxygen to the city’s wastewater pond which improves the treatment process, thus reducing waste from both processes and creating a more circular water economy.

“This is highly exciting for Charbone to finalize the lease with the City of Selkirk and launch the Environmental Assessment process on our second green hydrogen production facility in Canada,” said Dave B. Gagnon, Chairman and CEO of Charbone.

“The number of opportunities and projects using hydrogen that are arising from Charbone’s initiative of producing locally green hydrogen from the City of Selkirk, the government of Manitoba from the Premier and her team is an incredible motivation for Charbone to participate in the development of the Manitoba green hydrogen ecosystems and economy transition towards a greener and more sustainable model.”

“The location of Manitoba’s first green hydrogen project in the City of Selkirk is a true milestone in Manitoba’s energy sector, and a very exciting one at that,” Cullen said.

“As this project moves ahead, we look forward to the development of new jobs and new opportunities to further expand reliable and sustainable energy projects across the province.”

Charbone is in lockstep with Selkirk’s commitment to sustainable growth

Charbone is in the process of environmental assessment with the province and will begin construction of the multi-phase project at the same time, with an expectation to begin operating and delivering by the fall of 2023.

“The signing of this agreement brings us one step closer to securing Manitoba’s first hydrogen production facility. As a green hydrogen producer, Charbone is in lockstep with Selkirk’s commitment to sustainable growth. The facility will result in local jobs and contribute to a stronger and stable local economy by stimulating innovation and growth in this evolving sector,” said Selkirk’s Director of Sustainable Development, Tim Feduniw.

“Selkirk is becoming recognized as a major contributor to Manitoba’s circular economy by working with and attracting green industry with the ability to support existing companies, attract new investment and provide employment opportunities as market demand for carbon-free energy alternatives continues to increase. Sustainable, intentional growth is at the core of what we do here and we’re looking forward to new partnerships, new investments, and a clean and green future.”

The three-year lease can be renewed for up to two years under the same terms and the City and Charbone can negotiate expansion at the same location or in the Selkirk Industrial Park.