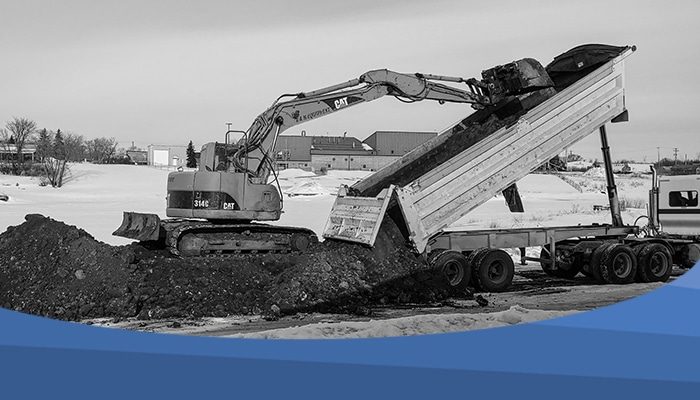 The City of Selkirk received just shy of $150,000 through the Province of Manitoba’s 2020 Flood Preparedness Program to purchase equipment that will protect the city now and into the future during high water events.

“We want to thank the province for this funding program that has allowed the City of Selkirk to be even better prepared in times when water levels on the Red River rise and become a concern,” said Mayor Larry Johannson.

“We’re fortunate here – our forefathers established Selkirk on high ground so we don’t have issues to the extent that some of the others to the north and to the south of us have, and we are thankful for that. The equipment we were able to purchase is added insurance, and much of it can be used year-round, so it benefits the city in more ways than one.”

Don’t know unless you ask

Chief Administrative Officer Duane Nicol said the funds allow the city to upgrade, replace and enhance its capacity to protect citizens and property from the impact of high-water levels.

“For us, the greatest need is addressing the impacts a high river level has on our infrastructure and services, in particular our stormwater system. Another huge need is addressing the inherent risk when people come out to see high, fast moving water. This one-time grant has provided us with an opportunity to install and purchase the tools we need to reduce risk to employees and citizens,” Nicol said.

The city has purchased a water control valve, a Zodiac inflatable boat with a trailer and motor, water rescue equipment, generators, pumps and hoses, a portable light tower and an electronic message board.

Prepared for the ice even melts

Dan McDermid, Director of Operations for the city, agreed that Selkirk benefits from its higher elevation and on most years there are very few flooding concerns in the city. That said, the city has an extremely effective high-water mitigation program that it maintains and monitors so it can respond when necessary.

Clay dikes are built every year in the park and between the Dufferin lift station and the Kiwanis buildings.

“There are essentially no residential issues in Selkirk with high-water events from the river,” McDermid said.

“We basically protect the park and the reason why we need to protect the park is the boat launch, which is a low point for boaters to access the river in the summertime and ice fishers in the winter time.

“We build those dikes and they go up in two days and down in one day.”

The generators, pumps and hoses, light tower and message board purchased with provincial funding are all useful tools that aid the city in its protection efforts, McDermid said.

People are safe. Pipes though…

While overland flooding from the river isn’t a great concern, high water levels can cause problems with the city’s internal piping system to the river. The pipes send rainwater to the river, but when river water rises, and the pipe is left open, the river can back up and flow into it.

The water control valve the city purchased will be placed on Morris Avenue and allows safe and easy shut off and keeps the river out, saving residents’ basements.

“It also eliminates the safety issue that arises when you send somebody down a very deep manhole to put a plug in,” McDermid said.

“This gives us the ability to close it off quickly and easily.”

The Morris location was selected at this time because it’s a low spot.

Under the city’s asset management program a Zodiac was planned for purchase next year. The provincial funding allowed the city to purchase it one year earlier and reallocate those funds for other important infrastructure needs.

“The Selkirk Fire Department’s Water Rescue Squad will be able to utilize the Zodiac for water rescue in the summer and with the motor removed can use it for ice rescue in the winter,” said Scott Blanco, Manager of Buildings and Fleet.

“And much of the other equipment is useful year round as well. The generators are a very useful tool for water main breaks and other occurrences. The electronic message board can be used in times of emergency but also during summer construction season to make motorists aware of traffic changes, so it will be used year round as well.”