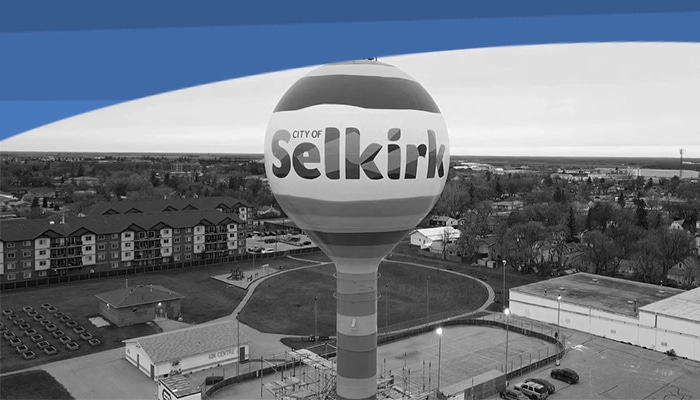 Selkirk city council has once again delivered its budget before year’s end – which comes with a host of benefits – and once again, the process was done with the presence of COVID still weighing heavy on everyone at the table.

Mayor Larry Johannson said budget time is intense no matter what – making decisions that impact the day-to-day lives of residents requires your full attention and consideration. When you add COVID and its effects into the mix, it’s another layer that can’t be ignored.

“I’d really like to say that COVID didn’t have anything to do with it, but the fact is it’s still here and it’s impacting everything. There are supply chain issues, there are public health orders that we have to follow, there’s decisions around keeping staff and citizens as safe as we can, and these are all things that we take very seriously and think about while we’re going through the numbers,” Johannson said.

“But again, I’m so proud of our team, because we put in the hard work, we didn’t take any easy ways out. We had additional consideration for significantly increased policing costs, and we fought through that, and we delivered a budget that will see the city doing important work in 2022 and we kept our eyes on the bottom line.”

“It was the most difficult budget we’ve seen in years”

The police costs can’t be ignored and are due to increased policing wages negotiated during a collective bargaining process the city was not invited to participate in.

Those costs alone had the city looking at a 4.31 per cent increase, before any other projects were considered. On top of the policing cost increases, there were a number of other significant increases to non-discretionary inputs like electricity and insurance. Manitoba Hydro has submitted a proposed 5% increase to rates for 2022, and the city is expecting to see municipal insurance rates increase by 15% following multiple years of climate related natural disasters in Canada and round the world.

Selkirk CAO, Duane Nicol said the task before the city was to deal with these massive increases, manage the uncertainty of COVID-19, and continue to move the city forward with strategic investments into infrastructure improvements and maintaining the current levels of service.

“It was the most difficult budget we’ve seen in many years. I’ve been involved in 19 city budgets and this one has been easily one of the most challenging. In the end we’ve reached a balanced budget, but it has certainly required some hard choices. Projects like the development of a new recreation facility to replace the failing Memorial Hall and Selkirk Arena have been pushed further out into the future,” Nicol said.

But despite the challenges, Nicol said the city is still moving ahead with important, quality-of-life, enhancing work.

In 2022 the city will undertake its largest street reconstruction project in decades when seven blocks of Eveline Street are fully reconstructed. It’s a project that has been delayed due to COVID and last year’s Hydro strike but will become a reality this year.

Land drainage and water and sewer work on Eveline was done in 2021, but the street reconstruction will take place in 2022.

“This is a huge project. We’re rebuilding seven city blocks of road, sidewalk and boulevard all at once,” CAO Duane Nicol said.

“It’s the largest single city street rebuild in Selkirk in decades – if not ever.”

Pre-production work has already begun as the city ordered materials in 2021 even though work wouldn’t begin until 2022. It was a COVID-inspired move designed to ensure there were no construction delays due to broken supply chains.

The reconstruction will run from Eaton Avenue north to the entrance of Selkirk Park.

The $7.2 million project will require the city to borrow $6.4 million, with $800,000 coming out of a Canada/Manitoba Investing in Canada Infrastructure Program (ICIP) grant for street trees. The street trees planted along Eveline will benefit from innovative soil systems the city is putting in place to facilitate healthy tree growth.

In a separate project, but one that enhances the value of the Eveline Street reconstruction, a multi-use path will be added from the entrance to Selkirk Park to the campground. The $140,000 project will enhance safety by providing pedestrians and cyclists a car-free path to the campground, pool, playground, skatepark, and dog park.

The city will invest $10,000 into its Active Transportation (AT) Network Implementation Plan that will confirm the locations of future AT pathways and identify timelines for construction. In 2022 a multi-use pathway on the east side of the newly constructed Eveline Street will be completed, forging a connection all the way from Hwy. 9 at the west end of Manitoba Avenue into Selkirk Park.

A north-south bike lane, running from Pittsburgh to Greenwood, will be installed at a cost of $200,000. There currently is no north-south AT pathway.

Public engagement, GHG reduction and Plans for the West End

The city will engage the public in 2022 on a series of Park Management Plans, including for Selkirk Park, Creekside and Woodlands. Public consultation couldn’t be properly done in 2021 and the hope is that it will be feasible in 2022. The management plans cover 10 years and guide the development and management of city parks.

In Woodlands, the pond will get a new aeration system, an investment that improves water quality. In Creekside, the city is undertaking a study on the ponds to better understand what needs to be done to naturalize the pond and better manage storm water.

The city’s water treatment plant will become heated completely by a geo-thermal source before the end of 2022, furthering the city’s commitment to reducing its greenhouse gas (GHG) emissions and aligning with the city’s strategic plan. Geothermal heat is also more cost effective to operate. A GHG Reduction Reserve will be established as well.

The city’s water treatment plant will also begin the process of converting from the existing treatment system to a new membrane-based system. This conversion is expected to reduce the cost of operations and will eliminate the large volumes of spent lime as part of the treatment process. In 2022 the city will also dismantle and remove the equipment that is no-longer-used in the old side of the plant and will have the detailed design drawings for the new treatment process completed. The installation of equipment is expected in 2023.

The city will further define Phase 1 of the West End Concept Plan which will include zoning, looking at where roads will go, infrastructure needs and details of the West End Regional Park.

The water tower mural will move forward in 2022 when the city engages with muralists to finalize a concept.

A big part of the city’s work in 2022 will be repatriating planning services. The city has begun the process and is working in consultation with the Red River Planning District and the Minister of Municipal Affairs.

The purchase of 25 new dual stream garbage and recycling containers will help the city and its citizens keep on the green path. Some of the containers will replace older units and others will be placed in new locations.

Future of iconic Garry and further investments into green infrastructure

The community can look forward to having input into what will become of the Garry Theatre, now that it is a city of Selkirk asset. Nicol said there will be public engagement and business planning done to determine what the Garry can offer the community in the long term.

A detailed design for a solar farm at the Selkirk Regional Wastewater Treatment Pant will be undertaken in 2022. Nicol said the city knows there is going to be more dollars invested into green infrastructure and being shovel ready for grant dollars puts Selkirk in a good position when they become available.

Nicol said that in Budget 2022 the city continues to achieve and build on the strategic priorities laid out in the community led strategic plan while remaining affordable for citizens.

“While we faced the potential of a much larger tax increase to cover the increased costs of policing, we’ve been able to keep taxes affordable. In 2022 the average homeowner will pay about $5.51 more a month for their bundle of city services and improvements. What this means is that this year’s increase effectively matches the expected rate of inflation for 2022, which is 2.8 according to the Government of Manitoba projections. So, in real dollar terms – that is to say the nominal increase just keeps us up with the change in the consumer price index,”

“In the end, Budget 2022 continues to move us forward in uncertain times and without negatively impacting taxpayers.”