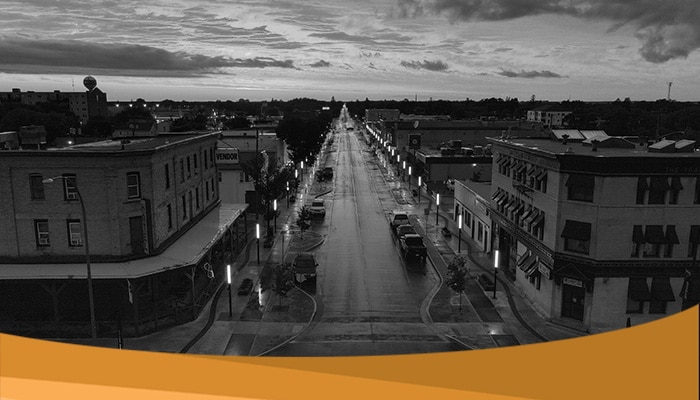 There’s no other way to paint 2020, it was a year that was coloured by COVID-19 at every turn since we first heard whispers of the virus in February – a month later the NHL season was cancelled and suddenly a far away concern was on our doorsteps.

We spent the spring under strict measures to stay home, emerged for the summer months when there were multi-day streaks with no new infections in the province, and now, as 2020 is about to wrap, the world hopes a vaccine will start the path back to normalcy.

In Selkirk, the city responded to COVID-19 with its Business Continuity Plan and Response Strategy. It’s a document that has evolved with the pandemic and safely charted the city’s course to continue providing critical municipal services to citizens.

Mayor Larry Johannson said COVID-19 has been a challenge for everyone, and he’s proud of the way the city met the challenge.

“It’s been an unprecedented year for all of us and there have been day to day struggles that the entire world has had to go through. We’re not getting together with family, we had the holiday season and itwas not  like any other in memory and that’s very difficult for people,” Johannson said.

“There’s been an economic impact felt by many as well and for the city I’m pleased to say that our administration worked hard to ensure citizens had access to services they needed, we moved online where we could and we did our best to keep staff and citizens safe. We’re at a point where we’re so close to being through this with a vaccine here now, so I encourage everyone to hang on a bit longer and let’s look forward to 2021.”

CAO Duane Nicol said the city made sure it didn’t have a knee-jerk reaction to COVID-19 but instead created a plan that would keep the city operational.

“Our No. 1 goal was to keep services up and running in a way that was accessible to our citizens and kept them, and our staff, safe. We wanted to make sure that people stayed employed, and that we weren’t transferring the economic impact to our staff,” Nicol said.

“We didn’t react immediately to COVID and start shutting down parks and other amenities, we took a beat and developed a comprehensive plan that contemplated an escalation of cases. It is rooted in science, good public policy and focused on citizen needs,  We’ve been guided by this plan, and we’ve amended it as new things happened or as the province changed regulations or legislation with the health orders. The plan has allowed us to manage the impacts and minimize the impacts to citizens on service delivery.”

Engaging citizens amidst a pandemic

“Despite COVID-19 restrictions and having to cancel fall in-person programming, we were still able to offer a successful pool, day camp and playzone season in the summer months and did so safely,” Ray said.

“The Halloween I-spy and outdoor holiday selfie station gave families and individuals a reason to get outside to enjoy the rather warm fall and winter weather; at least weather was on our side,” Ray said.

The city’s asset management program saw important infrastructure work continue despite COVID-19 including the completion of Manitoba Avenue East. The redesign of the iconic avenue included a switch to two-way traffic and parallel parking, new trees, sidewalk and curb upgrades and the inclusion of two pocket parks.

“This makes the area more pedestrian-friendly and provides more visibility for the retail businesses on that street.”

One of the pocket parks is home to Anishnaabe Mashkiki Gitigaan – The People’s Medicine Garden, a suggestion that came out of an April 2019 open house on Manitoba Avenue East revitalization.

Jeannie Red Eagle had the idea, and collaborated with students in Comp teacher Mark Walterson’s First Nations, Metis and Inuit Studies class to make it a reality.

Folks living on the 400, 500 and 600 blocks of Manchester Avenue are now residing on the newest street in the City of Selkirk and for the next 30 years or so, shouldn’t see construction activity as the view from their front windows.

Construction began on Manchester in the summer of 2018 and wrapped up this summer on what is a total replacement of the street itself and everything underneath it, including separating combined sewers.

Johannson said work on the three blocks on Manchester Avenue is a perfect example of the city’s Capital Asset Management Program (CAMP) in action.

“Our CAMP team identified Manchester as a priority because of the condition the sewer was in and now it’s been completely rebuilt. We’ve been there for three summers in a row but now the job is done and we won’t be back anytime soon,” Johannson said.

In 2020 the city invested in infrastructure to move wastewater to its new plant, set to open summer of 2021.

North Main Street also saw improvements with cleaning and relining of watermains – a move that will strengthen the pipe’s integrity and extend their life by more than 50 years.

Sidewalks were made safer in 2020 with an affordable repair that rid 138 locations of trip hazards. A cement grinder levelled rough and blunt areas and made them flush with the rest of the surface, which meant they didn’t have to be fully replaced; a costly move.

“It’s an extremely cost effective way of prolonging the life of the sidewalk and making our active transportation network safer for people,” said Ryan Sicinski, Manager of Public Works. It was a $17,000 fix, as opposed to about $55,000 to re-pour and replace concrete in the locations that were repaired.

More than 7,000 metres of Selkirk streets received a crack sealing treatment last summer that will protect the road’s base and extend its lifecycle by preserving its integrity and delaying the occurrence of potholes and further cracking.

To make sure it targets the right streets for repair, the city rates its streets according to the Pavement Condition Index (PCI) and then uses its Capital Asset Management Program (CAMP) to identify which roads are ideal candidates for things like crack sealing, targets them and by doing so extends their life.

Comp graduate Robyn Kacperski’s design will be featured high above the city skyline on the water tower after her artwork was selected from more than 30 submissions.

The city put out the call for designs to rejuvenate the tower, and council, with input from community leaders in arts, culture and heritage, made a decision without knowing the artists’ identities.

“There were so many amazing designs to choose from, we wish we had 2 or 3 water towers to show off the amazing work that was given to us,” Johannson said.

“In the end, we had to make a decision based on how it reflected our community, the feasibility of painters to paint the design, and how well it could be viewed from afar. Robyn’s design ticked all those boxes.”

The revitalization and painting will take place in 2021. See design here

Selkirk was recognized numerous times in 2020 for its ability to lead, beginning with Asset Management/GIS Technician Megan Jakilazek being accepted into Leading Change’s conference for globally conscious citizens under the age of 35. Only 150 young guns from around the world are accepted, so it’s no small feat.

Later that month, Nicol was off to the west coast to present, alongside the Prairie Climate Centre (PPC), on the city’s Climate Change Adaptation Strategy at Adaptation Canada 2020, the country’s national conference on climate change adaptation.

Both were able to attend before the reality, and travel restrictions, of COVID-19 kicked in, and both had tremendous takeaways from their experiences.

For Jakilazek, the connections she made were invaluable.

“Having a peer group of experts like I met at Leading Change will allow me to reach out to specific individuals and ensure best and leading practices are getting incorporated into future programs, projects and policies within the City of Selkirk,” Jakilazek said.

Nicol said great feedback and learning from the best in the world can’t be beat, and he credits his seat at the table to Selkirk’s unique Climate Change Adaptation Strategy.

“By making our strategy practical and integrating the proposed activities into the business of the municipality we took adaptation from a side project, sitting on someone’s desk, and made it part of our core government activities like asset management and budgeting. As we’re making regular business decisions about our infrastructure, we’re considering climate change impacts and by doing that we’ll be more adapted in the future,” he said.

There were no more in person appearances after that, but Nicol became a web slinger in his own right, with invites to another eight webinars on asset management of climate change throughout the remainder of the year.   And, Selkirk’s Climate Change Adaptation Strategy was a case study for the Municipal Climate Services Collaborative, a Federation of Canadian Municipalities and Canadian Centre for Climate Services joint initiative. The Collaborative released a series of online tools to help other municipalities get the climate change conversation started.

The city’s reputation as an asset management leader played a role in developing a relationship with the University of Manitoba’s Dr. Ahmed Shalaby, Municipal Infrastructure Chair and Chairholder.

Selkirk adopted the same road construction standards at the City of Winnipeg in 2020, standards that are based on Shalaby’s expertise in pavement and infrastructure engineering and management.

“What we’re doing with our roads construction standards is really kicking asset management into high gear. We are actually using it to make better decisions. Our investments into data collection, life-cycle analysis, policy and procedure development are returning value.”

Shalaby and his students were in Selkirk in summer 2020 dropping heavy stuff on streets in a pilot project that will help the city bridge its infrastructure deficit by learning lessons provided by a tool called a falling weight deflectometer.

Selkirk was the first city in the province to have access to the technology that ultimately will lead to better designed roads here and across the country.

“You can’t solve a problem with the same thinking that created it. Asset management is a core part of our efforts to modernize city government. We’re creating Selkirk 2.0 with strategic investments into our people, our processes and our technology. This pilot is a fantastic example of how we’re making that vision a reality,” Nicol said.

Selkirk obtained its ISO standard for municipal data in 2020 and with it joins the ranks of status cities like London, Boston, Amsterdam, Dubai and Toronto. Selkirk is the first and currently only community in Manitoba to have embraced and adopted this transformative and innovative process.

Out with the grass in with the plants

The city continued its innovative ways with a pilot project to test the success of native plants along the city’s boulevards. It’s an environmentally friendly idea that had the city joining forces with local business owner Kelly Leask and her company Prairie Originals.

Leask planted about 350 plugs on a portion of the Main Street north boulevard and also seeded another section so they could compare which method thrives.

Leask called the plantings “a sensible way to do things differently to improve the environment for everybody, and not just people, for other wildlife too.”

Sustainable funding for what matters most to citizens

The city also created two new endowment funds, one for recreation and one for accessible transit. These funds will allow the public to keep their charitable donations local while supporting upgrades to facilities and programs and making transit more accessible and available to all residents.