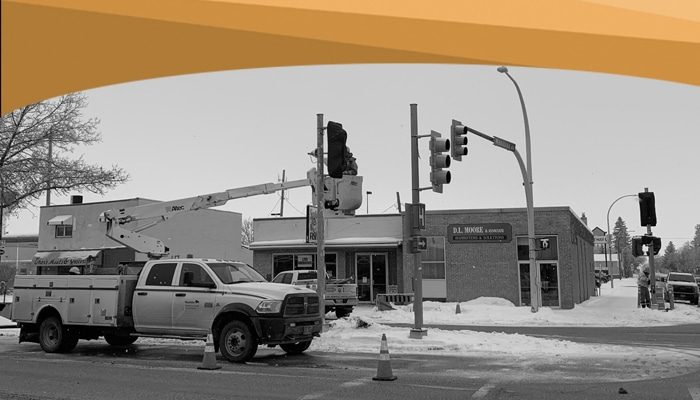 It may seem weird for Selkirk residents, but soon you’ll be seeing vehicles heading westbound down Manitoba Avenue East.

“This is going to be a change for people. This stretch of road has been a one-way since the 1970s,” said the city’s Director of Operations Dan McDermid.

A big change for longtime residents

Manitoba Infrastructure is in the middle of putting up new streetlights on the Main and Manitoba intersection. They estimate that the new lights will be operational on Friday, February 14.

“Whenever the lights are operational is when the transition to two-way traffic will happen. When that happens, or if there’s any delay, we’ll make sure to tell everyone through our website and on social media,” said McDermid.

The city will also have large electronic billboards on either side of the street reminding citizens of the change in traffic.

“There’s a good chance there will be some confusion at first. Eastbound traffic might go in the wrong lane. Cars might park on the wrong side of the road. It will definitely take some getting used to but people will eventually catch on,” said McDermid

A long process for a big decision

Chief Administrative Officer Duane Nicol said that the need to open Manitoba Avenue East to two-way traffic was identified years ago through the public consultation process that occurred as part of the creation of Selkirk’s Downtown Renewal Strategy. The goal of the strategy is to make our downtown core a vibrant, safe and attractive place to be.

“As the only one-way street in the city, not even the whole street but just a block, it caused lots of confusion for visitors. It doesn’t make a lot of sense from a traffic safety standpoint. We’d see a lot of people who are visiting or new to Selkirk heading west down Manitoba Ave East, which obviously was very dangerous. Now every street is bidirectional,” said Nicol.

“Two-way traffic naturally reduces the speed of motorists, it’s a traffic calming measure through environmental design. This makes the area more pedestrian-friendly and provides more visibility for the retail businesses on that street.”

The new streetlights and transition to two-way traffic were a few projects that were deferred to this year. Other projects include enhancing the North and East parking lots, the North and South pocket parks, and the curb extensions on the west side of Manitoba Ave and Main St.

Aesthetical projects down Manitoba Ave. East will begin as planned in the spring. These include the installation of benches, planters and fences, avenue markers, sidewalk inserts, and landscaping once the bulk of construction is complete.