In-house planning good for Selkirk and the region 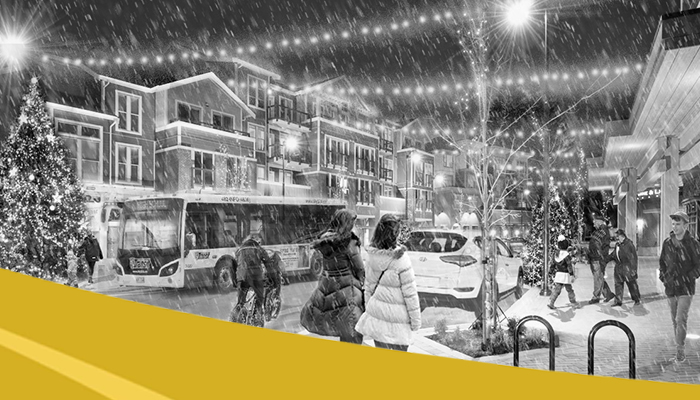 Making planning an in-house function of the City is Selkirk is the natural next step for a municipality that has progressed and needs to coordinate its services for the benefit of the city and the region.

“The time is right for the city to align economic development, asset management, and land use by bringing planning in house to ensure departments are working hand in glove,” said Tim Feduniw, Director of Sustainable Economic Development (SED).

“We’re a more mature organization now, and that alignment is crucial to our vision of pursuing and realizing a bright and sustainable future for the people of Selkirk.”

Selkirk CAO Duane Nicol says that the city already has significant involvement in planning, but that the separation between organizations can create delays, confusion and costs.

“Every development in Selkirk involves the Red River Planning and various city departments and services such as SED, public works, water and wastewater, parks, recreation and even transit. We’ve developed a mature and nationally recognized asset management program which, if we’re to be sustainable as a city, must be integrated into our land-use planning. How we use our land, determines how we build and maintain our infrastructure. It just makes sense to bring the last piece of this system in-house,” said Nicol.

This move will benefit the city while allowing Selkirk to remain a committed and contributing partner in the success of the entire region.

“We believe in working with our regional neighbours. This will strengthen the capability of our community to become even a stronger player within the region,” Feduniw said.

“An independent planning office will allow us to deliver services that our citizens and developers expect.”

Mike Scatliff, principal with landscape architects Scatliff + Miller + Murray, was enthusiastic about Selkirk’s decision to take on its own planning.

“I think this is a good move for Selkirk. They are on a scale and a disposition where they are ready to do something very proactive.”

Scatliff, whose firm worked with Selkirk on its West End Concept Plan, called the move a “necessary evolution” for the city.

“Selkirk has found a nice way to take autonomy over their vision and how they propel themselves in the future,” he said.

Selkirk has been a member municipality of the Red River Planning District since 1977, the year the then Selkirk and District Planning Area Board was formed.  This year, the city is considering making a formal application to the Provincial Minister of Municipal Relations to be removed from RRPD.

“Consistent with a 2020 Treasury Board Report on planning, zoning and permitting in the province, the city strives for more clarity in our plans, our zoning and our building codes so that devastating delays don’t freeze development and ultimately force private sector capital out of Manitoba and into another city and province.”

A feasibility study by Way To Go Consulting, a Manitoba-based independent consulting firm that specializes in municipal government, showed that creating its own independent planning office would save tax dollars and be more effective and efficient for the city.

Taking control of our economic destiny

The move falls in line with Selkirk’s Strategic Plan that calls for the city to find more effective regional development approaches, encourage responsible land use that is aligned with the community’s vision and take firmer control of its economic destiny.

Besides being more economical for the city, a move to in-house planning would result in an improvement in the delivery and quality of services and control over its own planning and building inspections.

Moreover, the city would be in the driver’s seat for generations to come.

“Selkirk is a community that we all take ownership of. This gives us greater control and we can make sure that our planning fits our community. How we use our land impacts the environmental sustainability, social vibrancy and safety and security of a community – it’s all impacted by how we design and permit the growth in our community.”