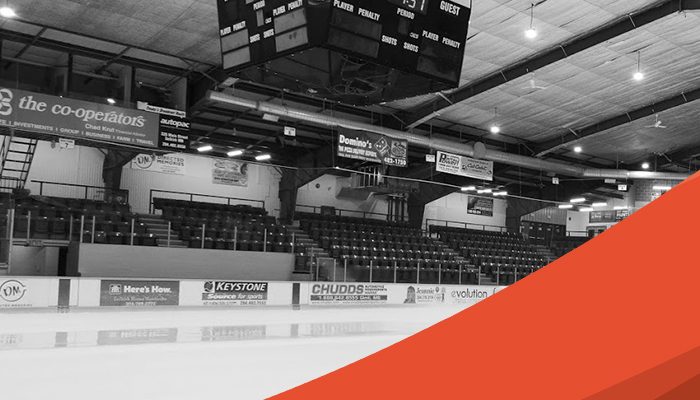 Provincial health orders that took effect on October 31, 2020 lead to an empty Selkirk Rec Complex which many hoped would be a short interruption to the season.

While many hoped the provincial health orders that closed the Selkirk Rec Complex would be short lived, the restrictions continue and have resulted in the cancelling of the remainder of the facility’s ice season.

Brady Clark, the Director of Culture, Recreation and Green Transportation said while the decision is a responsible one, it is disheartening.

“Ice sports are valued in this community and as recreation professionals we are here to provide these services. It’s what we do. So, to have to end the season early, we’re disappointed. We had hoped things would be different – which is why we kept our ice in even though many have already removed theirs.”

The city estimates it costs about $2,500 per month to just keep the ice in, that’s without it being used. Clark says that on top of the costs, the lack of revenue makes operating the facility unaffordable.

“There’s a cost to maintaining the ice surface whether it is being used or not. That cost decreases when we are not maintaining the ice. We also reached out to user groups and the health department and it became clear to us that even if restrictions changed and we were able to reopen, the interest/demand would be well below expected levels for this time of year. There would just not be enough users for it to be feasible,” said Clark.

Cost-savings to the City is approximately $2500/month once the ice is removed. Money that can be used to offset the additional costs of COVID and helping to support the delivery of other services.

While there will be no ice for the remainder of this season, the rec complex is expected to be able to open for other services.

“We are expecting that we’ll be able to run other activities such as the walk/jog program in a safe way. We have been in contact with the provincial government on the most recent orders and we’re making arrangements. We hope we can do that very soon” said Clark.