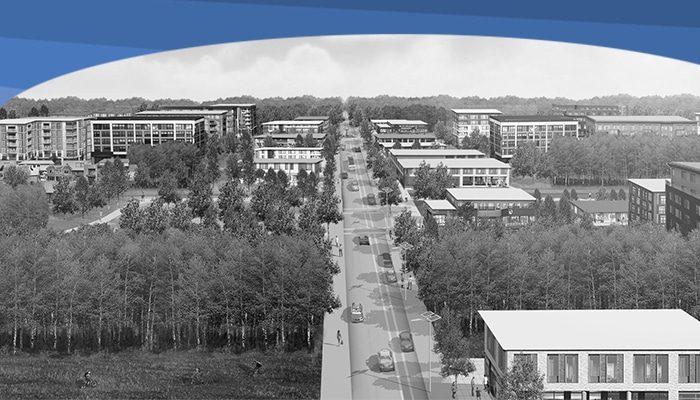 One year after the city purchased 326.5 acres in Selkirk’s West End, council has approved its West End Concept Plan that will ensure development in the area is aligned with its Strategic Plan and puts the city firmly in the driver’s seat to control its own destiny.

It’s a bold and innovative move and one that Mayor Larry Johannson says is an exciting step forward for the city as it lays out a vision for the next 40 or 50 years.

“It’s a long-term plan for the city’s West End. It goes hand-in-hand with our Strategic Plan and we know that the Strategic Plan was guided by the citizens of Selkirk, and that’s important to us,” Johannson said.

“We’ve asked our citizens what they want to see in their city and we’ve included that in all our planning, so this document is unique for a whole bunch of reasons, including the fact that we’re making sure we do it our way and our way is truly the Selkirk way.”

Large and in charge

The land purchase last year was the largest ever by the city and was envisioned to play an important role in shaping the city’s future.

The Concept Plan calls for 5,000 new housing units, and includes a mixed-use urban village, 90 acres of new park space and a 1.5km long water feature that the city sees to attract outdoor enthusiasts like canoeists and kayakers.

“Our Strategic Plan really is embodied in this Concept Plan, and it’s not just a plan for today, it’s for well into the future. Development for development’s sake isn’t smart and it’s not sustainable,” said CAO Duane Nicol.

“We’ve seen development in Canada, in urban centres, that makes the community less sustainable over time by stretching people away and encouraging more car use and requires more infrastructure dollars. We’re a growing community and what this Concept Plan does is facilitate that growth in a way that brings short and long-term value to the community. As opposed to being a drag on our finances and the services that we offer, it will enhance our economic viability and preserve and strengthen natural spaces.”

Mike Scatliff, principal with Scatliff + Miller + Murray Urban Designers, says Selkirk is on the leading edge when it comes to shaping its own future.

“The West End plan is the collaborative vision of a government that is definitely leading the way toward a sustainable future. Selkirk has made decisions that will solidify its future for generations to come. Who wouldn’t want to live, work and play there?” Scatliff said.

“This is also an excellent example for the Metropolitan Region to take note of. Selkirk reinforces itself as a regional leader by example. The development community is going to love the plan as they can partner with the City of Selkirk with confidence and pride. The citizens will be living in a community of choice.”

Tim Feduniw, Director of Sustainable Economic Development, is almost giddy when he talks about the Concept Plan, calling it a “visioning document with real specific direction” that will shape the community for decades to come.

The 5,000 new living spaces won’t happen overnight, Feduniw says, but will be rolled out over time. He acknowledges when they do take shape decades into the future, they have the ability to double the population of today’s Selkirk.

“The way the plan is set up is really creative. The overall densification of the area averages 15 units per acre, and we’re maintaining and even enhancing some of the existing treed areas, which really ties in with our Climate Change Adaptation Strategy and our commitment to the city’s urban canopy.”

The densification is important because it makes the development more economically sustainable.

“When you’re looking at infrastructure, whether it be roadways, hard infrastructure in the ground with water, sewer, electricity, Internet, all that stuff, when we’re densified it becomes more economic because you’re not spreading it out,” said Feduniw.

Creating the concept plan was a city initiative that was already underway when the city purchased the land last August. Feduniw said the city realized it had an opportunity for the city to really forge its identity in the years to come.

“We’ve got an opportunity to have a direct say in shaping the way the West End is going to be developed. It’s not going to be controlled by one developer – it’s actually articulated and envisioned by the community and it enables various partnerships to exist,” Feduniw said.

“There will be no running amuck and doing whatever you want, it’s about doing what the community wants. That’s really quite exciting and it’s one of those once-in-a-lifetime opportunities that I’m really proud to say we were able to capture as an organization and as a community, because that doesn’t come along very often. So it was really pivotal that we acquire that land to begin with because it gave us a springboard to shape our future.”

More greenspace for everyone

Feduniw says another exciting aspect of the plan is the lands being set aside for park space.

“Ninety acres is an extraordinary amount of land for a park and the water feature provides opportunities to possibly partner with recreational associations, and those talks have already started,” he said.

Nicol agrees, saying the preservation of natural spaces was a critical part of the plan both from an environmental perspective, but also for social and economic benefits.

“By adopting a more modern vision for our parks, these spaces will be maintained as wild spaces as much as possible with a focus on trails, paddling and other low impact recreation. This plan ensures that citizens will have access to park space within a five minute walk from each new development, which is a goal of our Recreation Master Strategy. The parks also serve as critical green infrastructure by absorbing and managing storm water, promoting biodiversity, and providing other ecological services.”

Nicol said the core vision behind the Concept Plan is make use of the best practices in urban planning and community development to build a complete and walkable neighbourhood that improve the quality of life for not only those who live in the new developments, but for all citizens of the city.

“This is really a fulfillment of the biggest portions of our Strategic Plan. We’re taking better control of our economic destiny, encouraging responsible land use aligned with the community’s vision, better management of our infrastructure assets, continued development of our natural features and outdoor spaces, clear intentions for future development….and I could go on,” Nicol laughs. The plan will be rolled out in phases and there will be opportunity for public input along the way as detailed plans are prepared for each of the development phases.

The full West End Concept Plan can be view here