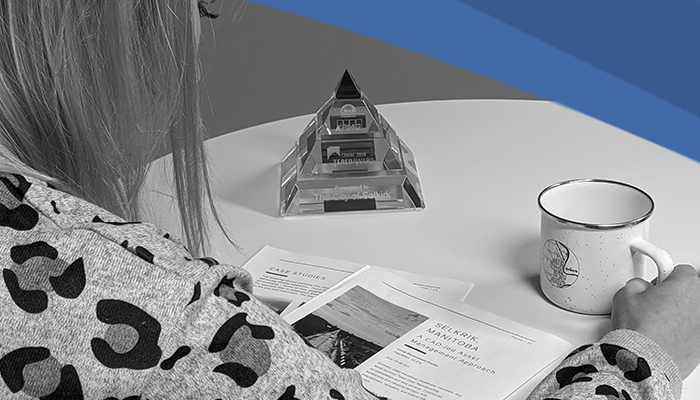 The formula for the City of Selkirk’s success in integrating climate change adaptation into day-to-day operations is now being shared with others to help them succeed as well.

Selkirk Chief Administrative Officer Duane Nicol was one of about 20 individuals from across the country invited to be part of the Municipal Climate Services Collaborative (MCSC), a joint initiative of the Federation of Canadian Municipalities (FCM) and the Government of Canada’s Canadian Centre for Climate Services (CCCS).

The MCSC’s goal, Nicol said, was to find ways to assist others in getting the climate change ball rolling.

“This group was put together with the expressed intention of identifying barriers and opportunities to municipalities and local governments thinking about climate change and adopting climate change adaptation practices into their municipal operations to become more resilient communities,” Nicol said.

“We worked at identifying what the problems are, and what the current gaps and barriers are to municipalities adapting to climate change. From that analysis, we identified the tools, processes and resources needed to support municipalities to do this important work.”

The group has just released the first in a series of resources that will help administrators get the climate change conversation started in their municipalities.

Titled ‘Talking it Through: Guide for Local Government Staff on Climate Adaptation’, the downloadable tool was created to help municipal staff talk to decision-makers and elected officials about adapting to the local impacts of climate change.

Being a case study is a huge feather in the city’s climate change cap, Nicol said.

“I think one of the reasons our strategies were identified as being successful and being a leading practice is that rather than have climate change as a standalone project on the side of someone’s desk, we integrate climate change practices into core government operations,” Nicol said.

“Our case study is about the leadership administration has shown to support council in understanding how adaptation can be operationalized without significant additional expenses, and our strategies around integrating it into our existing business decision processes, so that climate change adaptation is the default for the city as opposed to yet another consideration in all of the choices we have to make.”

Selkirk’s Strategic Plan calls for it to make environmental stewardship a priority and to sustain the quality of life for future generations and the Climate Change Adaptation Strategy ticks both those boxes.

Nicol said it’s crucial that climate change be part of infrastructure decisions – if it isn’t, you’re running the risk of costing the taxpayer of tomorrow significant dollars.

“We’re spending millions of dollars every year on infrastructure, we better be making the right long-term investments. For example, if you’re going to put a storm water pipe in the ground that is going to be there for the next 80 years, you better make sure that pipe is going to provide the service needed in the next 20, 50 or 80 years,” he said.

Without that long-term climate vision, you may have to prematurely replace or repair a pipe that was only installed with today’s climate in mind.

“If you have to either replace that pipe or put more pipe into the ground to compensate for the gap that you’ve allowed, that’s going to drive up significant cost and there’s going to be a lot more risk to citizens, so that’s why municipalities have to consider climate change adaptation as part of their infrastructure planning. Frankly if they’re not, it’s really negligent.”

The City of Selkirk has had a Climate Change Adaptation Strategy since 2018.

It first began mitigating climate change with its Greenhouse Gas Reduction Strategy in 2016.

The city won the Canadian Network of Asset Managers Tereo award in 2019 for their innovative Climate Change Adaptation Strategy.

Megan Jakilazek, the city’s Asset Management and GIS Coordinator, led the development of the city’s adaptation strategy. Jakilazek and Nicol have been invited to speak about the city’s work in this area multiple times. After presenting at an FCM training workshop in Saskatchewan, Jakilazek appears in informational videos for the national municipal organization.

“I feel very proud, and lucky to be a part of the leadership team on climate change adaptation, for a city that is not only thinking about the impacts of climate change but taking action to adapt and mitigate for the sake of future generations.  Being recognized as a national leader, and having our work showcased reminds us that we are unequivocally doing something right in the fight against climate change,” Jakilazek said.

C’mon and take a free ride – Selkirk Transit celebrating 10 years with free rides for the month of June
May 30, 2021
Stay in the know! Top Posts & PagesArchives TwitterMy Tweets
Go to Top
×