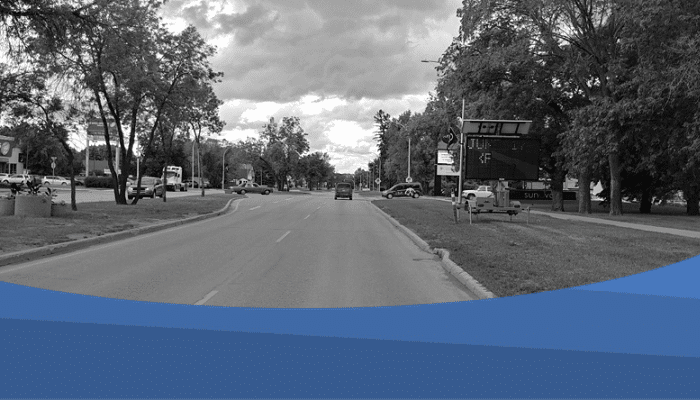 More than $2.75 million will be invested into improvements to Selkirk’s Main Street this summer, with work beginning this week. An open house will be held in Selkirk Council Chambers at the Civic Office on June 25 from 1:00 p.m. to 5:00 p.m.

Area businesses have already been informed of the open house, and the general public is welcome to attend as well.

The city is partnering with the Province of Manitoba on upgrades to Main Street from Heap Avenue to Strathnaver Avenue. The province will invest $2.5 million to improve the surface of travelling lanes with concrete rehabilitation.

The city has already completed sewer renewal in that area and is installing a needed water line prior to the start of the province’s rehabilitation work.

Travelling lanes on Main Street fall under the province’s jurisdiction, while curb lanes belong to the City of Selkirk. The city will spend $260,000 from reserves to upgrade curbs in the curb and median lanes and at approaches and intersections.

Commitment to City and its residents

Mayor Larry Johannson said he thanks the province for its continued commitment to the city and its residents.

“Main Street is the way we welcome people into our city and when we put money in to improve that initial drive into Selkirk it’s always a good thing,” Johannson said.

“Our citizens deserve to have nice surfaces to drive on and we really appreciate the province investing in our city and our Main Street. We’re thrilled to take this opportunity to do some work on Main Street and we’re proud to improve what really is one of our flagship thoroughfares in Selkirk.”

The entire street surface from Heap to Strathnaver, including two lanes in each direction, as well as parking lanes and turning lanes, will be resurfaced. While called Main Street, the majority of the road is actually part of Highway 9 and is managed by the Province of Manitoba.

Dan McDermid, the city’s Director of Operations, said the city is saving a substantial amount of money by doing its share of the work in conjunction with the province. He estimated savings could be as much as 50 per cent.

“We’re getting very good numbers on this project by doing it now, when the province is doing its work. It’s simply more cost effective to do the curbing work at the same time,” McDermid said.

A portion of Main Street from Strathnaver to Manitoba Avenue was resurfaced with new asphalt in 2015.