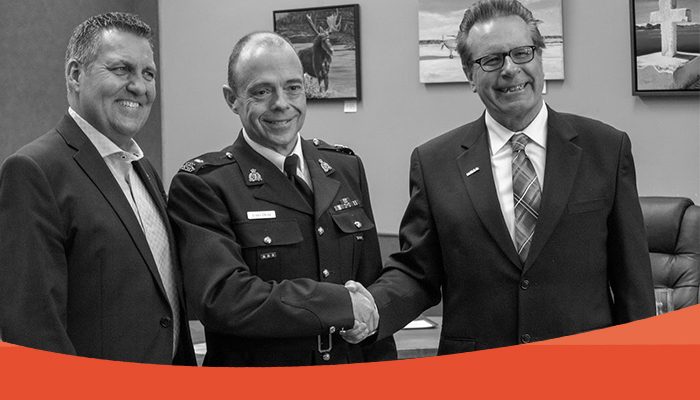 The City of Selkirk is among a long list of municipalities calling on the federal government to cover a 23.7 per cent retroactive increase in policing wages negotiated during a collective bargaining process they were not invited to participate in.

The increase is retroactive to 2017.

Selkirk CAO Duane Nicol said the hike is substantial and would put a strain on the city financially.

“The City of Selkirk has a strong working relationship with local RCMP leadership and we get great service, our issue is not with the local detachment or the quality of service we receive. And it’s certainly not an issue with the level of compensation for officers,” Nicol said.

“Our issue is that we were not part of the process, and this is a very large financial hit to municipalities. Without some federal government support, this will put a lot of pressure on the city budget. It will mean either a tax increase or a cut to other services.”

In Manitoba, there are approximately 40 municipalities with RCMP contracts via federal and provincial agreements.

The Association of Manitoba Municipalities, of which the City of Selkirk is a member, is encouraging its membership to contact the federal government directly to express their concerns about increased costs due to unionization of RCMP members.

“Unionization-related costs coupled with rising policing costs overall could result in significant financial burdens for municipalities. That is why the AMM has been calling on the federal government to fully absorb all retroactive pay increases which were negotiated by the federal government,” Denys Volkov, AMM Executive Director, said in a letter to members.

The AMM says passing the increased costs onto municipalities would be “unreasonable and unfair”, especially as all municipalities are focusing on COVID-19 recovery efforts.

The city’s budget is made up of two components: the capital budget which is dedicated to project-specific investments and the operating budget which is used to deliver programs and services to the community.

The AMM is encouraging all impacted municipalities, regardless of the type of RCMP contract they may have, to share their concerns with Bill Blair, Minister of Public Safety and Emergency Preparedness.