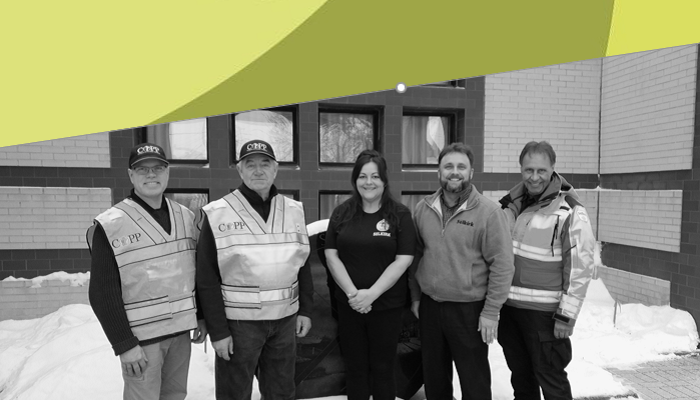 Selkirk is taking a proactive approach to reducing crime in the city and its acceptance late last year into a national crime prevention association is another strategic step in that direction.

The city became a member of the Canadian Municipal Network on Crime Prevention (CMNCP) in November 2017 and joins 23 other municipalities from across the country that are focused on preventing and reducing crime and fostering community safety and well being.

“We know it’s important for the city to take a lead role in keeping Selkirk safe and promoting community safety and crime prevention,” Johannson said.

“As leaders in the city, we don’t want to just be reactionary; we know there’s a better way to deal with crime and we know that by joining with others, like the Canadian Municipal Network on Crime Prevention, that we’re tapping into that knowledge. We have an opportunity to share ideas with others who have the same goal, and that goal is a safer and healthier community.”

Taking the Right Steps in Creating a Safer Community.

In 2016, the city hired retired RCMP officer David Thorne as its Director of Protective Services. City CAO Duane Nicol, said that this new position was created as a first step in changing the City’s approach to community safety.

“Policing is an important component of community safety, but it cannot be the only component. To achieve our community vision, we know we must engage and leverage the skills of our citizens and local organizations. We must model and replicate the projects, services and initiatives that other communities have used to successfully address the root causes of crime and build a strong sense of security in our residents.”

One of Thorne’s responsibilities this year is engaging with the community and creating a Community Safety Strategy. This strategy will serve as a multi-year road map to guide the city’s efforts in this area. Thorne says he’ll be looking at other viable ways of making Selkirk a safer city, which includes but isn’t limited to just crime prevention. Becoming part of the CMNCP is an important piece of the puzzle.

“We had the opportunity to join the Canadian Municipal Network on Crime Prevention, and what membership in that group does is expose us to 23 large municipalities that belong to the group and to their best practices and the sharing of plans throughout Canada,” Thorne said.

“The group is diverse, with members from Nova Scotia to B.C. and communities all in between. We’re the smallest community and I see that as a really good opportunity to extract some of the nuggets, the best practices from these larger centres.”

Thorne said the city attended a CMNCP workshop in Winnipeg last year and was impressed with what they saw.

Working Together towards Prevention

Thorne said the city has made a conscious effort to advance the way it deals with crime in the community.

“Forever and a day, community safety has been focused on phoning the RCMP. Our council’s vision is let’s move beyond that, let’s develop programming to help prevent crime, before it happens,” Thorne said.

The former Inspector for the Selkirk RCMP Detachment said the city will make strategic investments into the root causes of crime and come at solving problems from that angle.

“Our goal is to prevent crime before it happens, and focus on the real problems that exist, starting by asking why does a specific type of crime happen, and putting a plan in place to mitigate those risks, will have a positive effect on crime. For example, there can be many causes for theft. Focusing on those causes is important, because many underlying issues are social problems, and not necessarily criminal behaviour. This needs to be a total community effort, not just left to the RCMP,” Thorne said.

Thorne said from his law enforcement experiences in Selkirk, he knows the majority of crime that affects the city falls into three categories – theft, vandalism, and assaults against people.

While public perception, which is often driven by what they see in the media, be it local or regional, is that drugs and guns are the big problems, Thorne said in reality, those crimes make up a small percentage of criminal activity in Selkirk.

“We need to focus on why people steal, break into cars or commit assaults. Is it to feed an addiction, or is it to pay for food? Once we identify common reasons, we can bring the appropriate agencies together to focus on these problems, together,” he said.

Engaging the community and helping erase old perceptions are key to the success of creating a safer community.

Thorne will attend his first CMNCP training session – Creating Community Safety Strategies – in Edmonton next month. The trip is fully paid for by CMNCP.