Selkirk can, and should, be bigger player in province’s film industry: Report 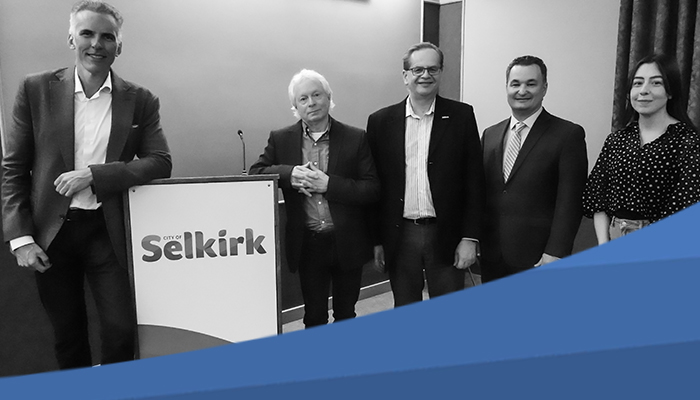 Selkirk has played a significant role in the provincial film industry in recent years and a new report spotlights Selkirk’s and Manitoba’s successes and plots the steps necessary to take the local film industry to the next level.

Strong performance and potential for growth

Strategy to Maximize Incoming Productions for the City of Selkirk, by Olsberg SPI, an international creative industries consultancy that specializes in the global screen sector, was commissioned by the City of Selkirk and confirms the province’s film tax credit is competitive and identifies what’s necessary to make Selkirk and Manitoba more attractive in the growing film industry.

Selkirk Mayor Larry Johannson said the city has been the backdrop to numerous film productions over the years, including TV shows Burden of Truth, Taken and Tales from the Loop  and movies A Dog’s Purpose, The Ice Road and Breakthrough.

“The City of Selkirk is a dynamic and entrepreneurial community building towards a bright future,” Johannson said.

“We are committed to bringing more film, media and entertainment to Selkirk and this report identifies our strong performance to date and the potential for growth and job creation in our area. We will prioritize film in our future growth plans.”

Tim Feduniw, Director of Sustainable and Economic Development for the City of Selkirk, said the city formed a steering committee with partners from Manitoba Film and Music and the Stratagem Group and contracted Olsberg SPI to do the report that was partially funded by a Federal CanExport Community Investments grant.

“This groundbreaking report sets the stage for growth in film and the creative industries in Selkirk and beyond,” Feduniw said.

“Selkirk is committed to growing the film industry as it contributes to the diversification of our economy, attracts new investment and positively raises our community’s profile. This report confirms the lead positioning of our tax credits, while also identifying next steps needed to develop studio infrastructure and a labour force.  We look forward to doing our part while continuing to work with the organizations and individuals that contributed to this report.”

Achieving that goal would be beneficial to Selkirk, but also to the province’s overall growth and success as a preferred production location. The report says Selkirk should nurture and expand its relationships with key provincial agencies.

Rod Bruinooge, CEO and Interim Film Commissioner for Manitoba Film and Music and a member of the steering committee, said the province saw record numbers of film production and investment during the pandemic, and that momentum is fully expected to continue.

“While we are proud of this success, we know there is much more to achieve for the screen-based industries,” Bruinooge said.

“We are grateful to the City of Selkirk for taking the initiative to bring Jonathan Olsberg and Olsberg SPI to Manitoba.”

Jeff Melanson, a Partner in the Stratagem Group, is a St. Andrews resident and member of the steering committee who has full confidence in Selkirk’s, and Manitoba’s, ability to take the film industry in the province to new heights.

“Our company is very excited about Manitoba’s future in the film and creative industries.  While our initial studios are based in Toronto, I am a returning Manitoban who is deeply committed to seeing my home province and Manitobans succeed in film and the creative industries,” Melanson said.

“Manitoba has so much potential and we will do what we can to support the development of our local industry and talent.  Our thanks to all involved in the creation of the Olsberg report.”

Tax credit second to none

The report looks at the city’s Strengths, Weaknesses, Opportunities and Threats (SWOT) and among Strengths lists Selkirk’s filming-friendly attitude, which is shared by the city itself, businesses and residents.

The city’s hiring of a film liaison receives high praise, its proximity to Winnipeg and its five per cent rural filming bonus do also, as does the city’s partnerships with Winnipeg and Manitoba Film and Music.

The report says further investment will need to be made to be a second level hub, and ideally the city should provide all of the key services and amenities required by a production.

“It was a pleasure to work on this report on Selkirk and Manitoba.  Manitoba has created a significant opportunity by offering a top tier below the line tax incentive,” said Jonathan Olsberg, Founder, Olsberg SPI.

“With the right investment in studio infrastructure and workforce development, Selkirk and Manitoba will be well poised to attract significant amounts of investment and deliver significant job growth in the years ahead.”

A copy of the report can be found below.

Report: Strategy to Maximize Incoming Productions for the City of Selkirk

City programming back in a big way
April 22, 2022
Stay in the know! Archives
Go to Top