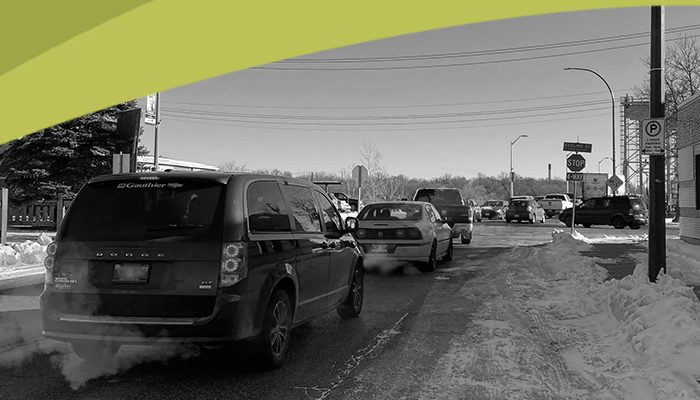 Council of the City of Selkirk gave final reading and enacted its Greenhouse Gas Accountability Bylaw this Monday and the innovative move is truly akin to a breath of fresh air.

When reduced to its simplest terms, that’s what the bylaw aims to achieve – fresh air by reducing the production of Greenhouse Gases created through doing city business and contributing to global reduction of carbon emissions.

And while any time is the perfect time to take action against climate change, approval of this bylaw comes on the heals of COP26, the UN’s Climate Change Conference, in the middle of the climate induced disasters in British Columbia and in the same week Manitoba Premier Stefanson announced the province will not appeal the defeat of their legal challenge to the Government of Canada’s program to put a price on GHG pollution and will seek to work with the federal government to combat climate change.

“This is the most pressing issue of our time. The general disappointment with the COP26 results and recent polling indicate that citizens expect governments at all levels to do more. We’re seeing our climate changed future in B.C. right now – and it’s scary. Selkirk has been doing lots in the area of climate action, and this bylaw, which we believe is the first of its kind in Manitoba, is really setting a bold mandate for us to do more,” said Selkirk Mayor Larry Johannson.

City CAO Duane Nicol says that the bylaw is innovative because it looks at the entire picture when it comes to achieving reduction goals. It also aligns with the work the city has been doing over the past seven years and provides a clear mandate for the continuation and proactive expansion of its climate mitigation work.

“The bylaw does three important things. First, it mandates the tracking and reporting of Selkirk’s corporate and community GHG emissions using internationally recognized standards. Second, it sets new GHG reduction targets that are consistent with the global effort to keep the climate increase to just 1.5 degrees or less. Finally, it establishes a financial framework which clearly and transparently ensures we can actually meet the targets we’ve set,” Nicol said.

The Carbon Disclosure Project is an international organization that tracks emission reduction progress at the city level. This fall, Selkirk – for the first time – submitted annual community-wide emissions data for 2018, 2019 and 2020. This puts Selkirk among the smallest communities in the world that are meeting this international transparency reporting standard, and the second-smallest Canadian city reporting, beaten out only by Bridgwater, N.S., which has a population of just over 8,500 people.

“Reporting this GHG data is important because setting targets and political promises aren’t worth anything if we don’t know where our current emissions stand,” Lawrynuik said.

“Selkirk is reporting on GHGs so that we can hold ourselves accountable and ensure that targets are met, and we can track progress over time.”

The bylaw makes it formal, but the city has been doing much of what it calls for already. In 2016 Selkirk Council approved its GHG Reduction Plan that called for a reduction of corporate levels to 20 per cent below 2011 levels by 2026.

“We believe we will blow through that target in the next year or two with the work we’ve done already, so this is council moving the goal posts and that’s appropriate because the goal posts have to be moved. Our old target was no where near where the science tells us we need to be,” Nicol said.

Nicol said the city is reducing its corporate emissions, and several initiatives are underway to achieve its corporate target of net-zero emissions by 2030. Specifically, Nicol notes that the city’s new Wastewater Treatment Plant is fossil fuel free, and half the water treatment plant has been geo-thermal retrofitted with the remainder set for retrofitting next year. Decarbonizing both facilities would account for about 31 per cent of the city’s total emissions. The city is decarbonizing its vehicle fleet by replacing gas vehicles with electric and hybrids, which would further reduce emissions by about 45 per cent.

In order to hit net-zero targets set by countries like Canada, the COP26 delegates continued negotiation over the use of carbon offsetting systems. Nicol said the city’s bylaw allows for the use of internationally recognized and high-quality carbon credits in achieving its targets. Carbon credits work by allowing individuals, governments, or businesses to purchase credits that fund projects that reduce GHG emissions.

“The bylaw essentially creates a micro-offsetting program to keep offset dollars working here in Selkirk first. Annually we will set aside the funds we would use to purchase offsets for our emissions, and we will use those dollars to fund projects in Selkirk to reduce our own emissions. We know the standards for carbon offsetting are still in flux right now, with the Government of Canada exploring the creation of a domestic marketplace. By setting up this system, we’re not only creating the financial framework to achieve our targets, we are also setting ourselves up for potentially participating in the carbon market where we could actually generate revenue from our work. Making green by going green.”

“You can’t solve problems with the same thinking and behaviour that created them. Our focus in Selkirk has been about building new systems that generate decisions that are making our community more resilient, sustainable, and prosperous over the long-term. In Canadian terms, we are going to where the puck is going to be, not where it is right now,” Nicol said.

“This is more than the typical lofty goals and climate emergency blah, blah, blah. We’ve set a hard target, committed to annual report cards on performance, and then we put climate action into the budget. This is what makes our efforts different.”

Selkirk one step closer to largest industrial investment in over 100 years
September 7, 2022
Stay in the know! Archives
Go to Top