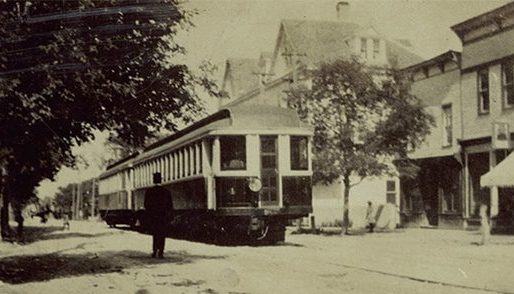 A survey of Selkirk residents to gauge their desires for a safer, more accessible Eveline Street showed strong support in addition to enthusiasm for environmental options and keeping history in the mix.

Almost 250 residents participated in a research survey conducted by Credit Union Central of Manitoba (CUCM) and the City of Selkirk that asked residents for their thoughts on everything from how often they visit the area to where they park when at other city stores with large parking lots.

“Anytime we can reach out to citizens and get their thoughts on improvements to the city it’s a big help and we appreciate when citizens take ownership and participate,” Johannson said.

“We received some really positive feedback on this project, and people let us know what they don’t want too and that’s great as well. All that information is important and I’m really thankful to all those who took the time to fill the survey out, having a role in the development of your community is important and it’s nice to see people taking advantage of that.”

This section of Eveline identified as a priority

Dan McDermid, Director of Operations, said Eveline Street between Eaton and Queen avenues was identified through the city’s Capital Asset Management Program (CAMP) as a priority.

“That section of Eveline is in poor shape and needs a total reconstruction and while we’re doing that we’re going to do other improvements,” McDermid said.

“The street doesn’t meet modern standards for accessibility, lighting, public safety and other urban design best practices, so that work will be included in the scope of this job upon reconstruction as well.”

The CUCM Research survey was conducted in February of this year through the city’s CitizenVoice, a group of citizens who signed on to participate in a number of surveys each year. About 200 members of CitizenVoice took part in this survey.

The survey was also open to the general public through the Selkirk Record newspaper and on the city’s website and though only 50 participants took part, the results were the same.

Vanessa Figus, the city’s Marketing and Communications Coordinator, said the survey provided a wealth of information.

The good, the bad and the forward thinking

“The survey results were very positive and many of the comments showed how forward thinking the citizens are,” Figus said.

“There were concerns, of course, but I think the survey showed how invested people are in their community. One resident told us Selkirk is moving in the right direction and they’d like us to keep doing that.”

Respondents had the opportunity to provide additional comments at the end of the survey, and Figus said there was a great offering of ideas in that section.

“People told us they were excited for the reconstruction and would prefer that the design be rustic rather than too modern looking,” Figus said.

Comments included having rustic planters, traditional lantern-style lighting and one respondent had several interesting suggestions, including a throwback to the streetcar.

“The Streetcar played a part on Eveline and somehow pay homage (to it) and play on its history. I like the Veteran banner program and the pride it instills,” the person said.

“To me Eveline is under appreciated historically.”

Support for bike lanes was strong and 19 people included it in their additional comments.

“A bike lane on Eveline should be a priority rather than worrying about parking,” one respondent wrote.

“More people would be encouraged to ride their bikes downtown and to the park if there was a bike path on Eveline. You notice the businesses more when you are on a bike or on foot. It would make things much safer for bikes and pedestrians.”

Figus noted there were some who opposed sidewalk ‘bump outs’ but she said they are more for safety than a design element.

“In addition to providing a shorter crossing distance, the bump out puts the pedestrian in a position to be more visible to drivers. Bump outs are not decorative, they are a safety measure,” she said.

Some residents wondered why Main Street north of Manitoba was not a bigger priority. Figus said that the city agrees that section of Main Street is in bad shape, but reminds citizens that Main Street is a provincial highway and not maintained by the city.

“We get complaints about that section of Main Street often, however it’s a provincial responsibility. We raise this concern with the province often – and certainly citizens can do so though their MLA or the department responsible which is Manitoba Infrastructure.”

CAO Duane Nicol said the survey has provided the city with raw data that staff will analyze and look for key findings. The information will be shared with landscape architects HTFC Planning & Design and design engineers JR Cousins.

“This information is extremely helpful and shows us what citizens want and expect in the reconstruction of an important street in the City of Selkirk,” Nicol said.

“They’ve told us plenty and while not unanimous, there was strong support for the project. Many people liked the investment into Manitoba Avenue, they liked the rustic and historic features of it and so that’s something they want us to replicate on Eveline. There were also many people who strongly supported the reintroduction of street trees to Eveline. Trees not only improve the look of the streetscape, but they are a strategic natural infrastructure investment. They absorb and store stormwater reducing the burden on the system, they remove air pollution and they provide shade thus reducing the temperature of the downtown.”

Making street crossings accessible to wheelchairs and mobility aides and well marked was important to citizens, with 90 per cent strongly agreeing or agreeing.

Having sidewalks and pedestrian walkways on both sides of the street received solid support, with more than 70 per cent of respondents strongly agreeing or agreeing.

Having metred parking on Eveline received thumbs down from respondents, with 62 per cent strongly disagreeing to their use and another 14 per cent disagreeing.

Thirty per cent of those who responded strongly agreed and another 25 per cent agreed that existing parking lots on Eveline could be better designed to fit more cars.

The survey asked people how far they generally park their cars from three businesses – Walmart, Canadian Tire and Safeway. Using four colour-coded bands, identified as Band A being closest to the store and Band D furthest away, respondents were asked to show where in the parking lot they most often parked.

An average of 67 per cent of respondents parked in Bands C and D, which is between 50 and 75 metres from each store. On average, survey respondents said they regularly walk 45 metres from their car to the entrance of the three businesses.

“If we look at Eveline Street, there is a city parking lot within an average distance of 30 or 45 metres from any store front between Eaton and Manitoba avenues,” said Nicol.

“The survey shows that people are willing to walk that distance to go to a business.”

The city’s Strategic Plan makes revitalizing downtown, engaging the entire community in shaping the city’s future and revitalizing Selkirk’s image priorities and the reconstruction of Eveline hits on all three points.

If you would like to have your say in the city’s next survey, join CitizenVoice today

City of Selkirk 27 mins ago

City of Selkirk 31 mins ago