Bases loaded in Selkirk once again – baseball’s back 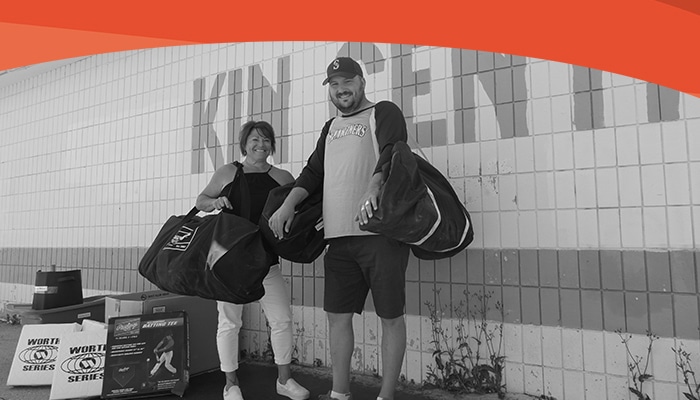 There’s more opportunity for the girls and boys of summer to play ball in Selkirk this year – and in the future – thanks to the formation of the St. Andrews-Selkirk (SAS) Baseball Association.

Long-time local ball coach Michael Buffie is convener of the Selkirk group, partnering with St. Andrew’s Lisa Duguay in the association. This year, Selkirk fielded two 15U teams, an 11U team, two Grand Slams for ages nine and under and three Rally Cap teams for kids aged four to seven.

Buffie said he’s glad baseball is once again an option for Selkirk kids.

“We have really good facilities in Selkirk that should be used to play baseball so we are looking to expand,” Buffie said.

“I think people are excited to get the opportunity to play. I know I talked to a few parents who have been going to St. Andrews, or Winnipeg or East Selkirk to play and to be able to just stay in Selkirk takes a little bit of a load off them that they don’t have to be driving all over the place to play baseball.”

Filling a much needed gap

The City of Selkirk had been trying to get baseball going in the city after several years with no ball at all.

Shelly Leonard, Program Coordinator for the city, worked with the North Winnipeg Baseball Association and got the nine and under kids going about four years ago and was thrilled when Buffie stepped up to expand it even further.

“We had great help from parents in the community who came out to be coaches and now it’s great that Mike is on board to take the program to where it should be,” Leonard said.

“We try to help in any capacity to assist the community when there’s a program that needs some assistance, whether it be tennis or baseball or soccer, that is our role.”

Leonard applied for grant funding to buy equipment and the city funded costs for training and certification for local coaches. She’s now turned the equipment over to SAS.

Work with what you have

Playing out of North Winnipeg, the teams jumped right into action, after being delayed due to COVID-19. Buffie had hoped to field teams in all age groups, but is happy nonetheless with getting the teams together that they did in what has become a shortened season.

“Obviously this year didn’t go as we originally had hoped and planned, and we have less teams than anticipated,” he said.

“Some kids got a little bit of practice in but some, their first action was a game so we hopped right into it due to the (COVID-19) situation.”

Once the Province released its Return to Play policy and the City of Selkirk approved it, the teams were off and running.

The game looks a little different in today’s social distancing world, Buffie said, noting an absence of high fives after a good play, and plenty of policing from parents reminding each other not to pick up foul balls.

“Usually the parents grab the foul balls and give them back to the team, but they’re not supposed to touch them now so we have to go get our own fouls,” Buffie laughed.

Each team brings its own ball onto the field when they’re playing defence, so there’s no sharing of balls or any other equipment.

“Basically no equipment’s being shared and if bats have to be shared they are sanitized between uses,” he said.

“It’s all very bizarre to see but we’re doing our best to make sure everybody’s staying safe.”

Only room for improvement!

The 11U team won their first outing, Buffie said, and though the 15U didn’t, the fact they took to the field was a win all on its own.

“The results weren’t great, but talking to the coaches, a lot of these kids that was their first baseball game at 15 years old or 14 or 13, so they said it’s a learning experience for them. I think that is a win in itself, having a kid that’s never played ball before coming and started to play ball, I think that’s awesome.”

He tipped his ball cap to Keystone Sporting Goods for helping promote Selkirk’s new teams and is enjoying Year 1 of what he hopes will be a long run of baseball in Steeltown.

“The goal this year was to have teams at every age level, but it’s a different year and we’re hoping next year we’ll be able to do that,” Buffie said.

The teams play out of the diamonds at the Selkirk Rec Complex.