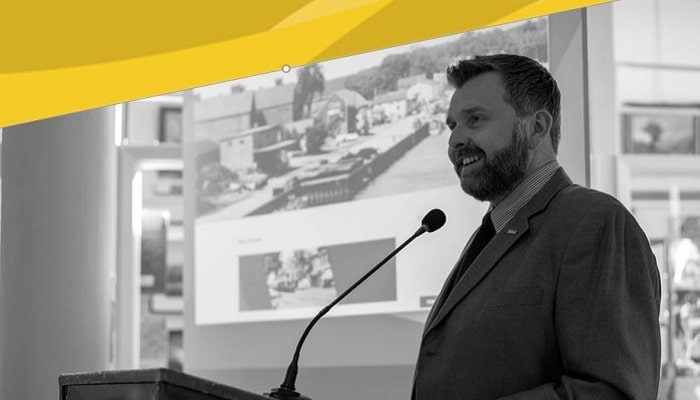 The fifth annual Noventis Credit Union’s Evening of History, a City of Selkirk initiative and a fundraiser for the Selkirk Heritage Endowment Fund (SHEF), will be held this year on May 9 at the Gwen Fox Gallery from 6pm to 9pm.

The evening that pays tribute to Selkirk’s history and raises money for the endowment fund, will include a heritage presentation and displays, wine or beer, hors d’oeuvres, entertainment, door prizes and a silent art auction. The Gwen Fox Gift Shop will be open during the event.

Bill Shead, who served in the Royal Canadian Navy, will be the guest speaker and entertain and inform guests about Selkirk’s illustrious military history.

Shelly Leonard, Program Coordinator for the City of Selkirk, said commitment to SHEF is a commitment to keeping local history alive, and the value of that can’t be measured.

“Every day, history is being made. Fifty years down the road people will be talking about the important events that took place in 2019, just as we look back on the colourful stories of Selkirk’s past,” Leonard said.

“The Evening of History aims to educate and enlighten people, while they enjoy a little bit of fun and friendship. And of course, the money it raises ensures those people 50 years from now will be able to attend an Evening of History-type event in a municipal heritage museum.”

Leonard said the city is partnering with the Selkirk Heritage Committee, whose members volunteer for the evening.

Nicol said SHEF aligns with the city’s Strategic Plan in that it aims to build a strong and stable local economy by helping to revitalize Selkirk’s image and capitalize on Selkirk’s tourism potential.

Get your tickets today

Early bird tickets to the fundraiser go on sale April 3 and are available for $25 or $50 for a gold ticket (cash only). The first 25 ticket purchasers are entered into a draw for a prize valued at more than $150.

Each ticket entitles you to admission, including entry into a draw for a door prize, two glasses of wine or two beer and hor d’oeuvres. Those who opt for the $50 ticket make a greater contribution to the fund, get their name on the ‘gold guest list’ that will be displayed near the bar and they receive a $25 tax receipt. New this year, $50 ticket holders will also have their names published on the donor wall of the Selkirk Museum’s website.

Tickets are available at the Selkirk Civic Centre (200 Eaton Avenue) and at the Gaynor Family Regional Library.

Title sponsor for the fundraiser is Noventis Credit Union. Selkirk Fair Trade is the wine, beer and refreshments sponsor, Roxy’s Uptown Café is the hors d’oeuvres sponsor, Selkirk Friendship Centre is the guest speaker sponsor, Interlake Metis Association Inc., is the entertainment sponsor, and the Selkirk Community Arts Centre has generously donated the space for the evening and will run the art auction.

A special thanks to the Gaynor Family Regional Library for once again selling tickets and making it possible for purchases after 4:30pm.

To make a donation to the fund without buying a ticket, contact the Selkirk and District Community Foundation today. Website or (204) 785-9755