﻿From Blue to Brown with BULL 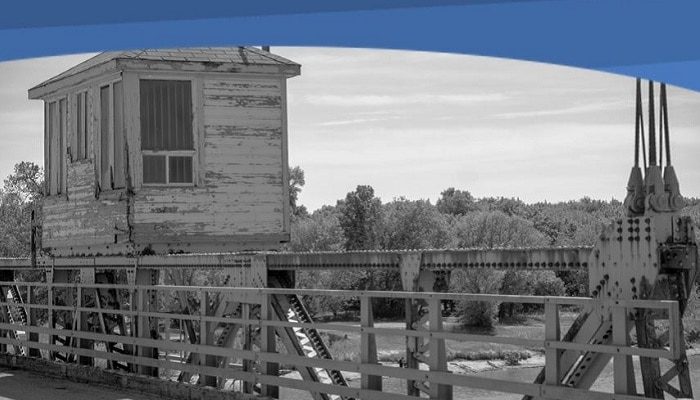 Selkirk’s historic Blue Bridge has been transporting commuters from Selkirk to East Selkirk and back over the Red River for 82 years now.

It’s a part of our heritage and many Selkirkians are sentimental about the iconic bridge. But it’s showing its age, weathered by many storms and the warm and fuzzy feelings we have about Big Blue are fading.

The bridge now sports rust and peeling paint, a Big Brown bridge, you could say.

A new coat of paint is required, and Mayor Larry Johannson announced today that an offer by Bridge Underwriters Local Limited (BULL) will provide funds to sandblast and paint the bridge.

“We’ve been approached by the crew at BULL and they have funding to do bridge enhancements in the province and we’re thrilled that Selkirk was selected,” Johannson said.

BULL will fund the project to the tune of $500,000, with some restrictions on colour selection within that price range.

Johannson said blue was not available and so the city has chosen a rust colour to keep within the $500,000 available grant.

“$500,000 is a lot of money, but would cover only a portion of the cost to repaint the bridge blue, but it will cover 100% of the cost if the bridge was sandblasted and painted rust to resemble the reddish-brown iron oxide that has been shining through,” Johannson said.

“When it comes to colour, we thought, let’s break the mould, let’s start fresh!”

BULL CEO April Foolio said she’s excited for the project and says it would be the first of its kind.

“Painting rust with rust coloured paint is an idea that we’ve been promoting for a while and we’re thrilled that Selkirk is the first community to embrace BULL and our unique concept,” Foolio said.

The city has sent BULL’s proposal to the Manitoba Department of Bridges and Roads and is awaiting approval by the minister.

For more information on BULL, go to aprilfools.com