Say it loud, say it proud; if you love Selkirk, you need some Chuck-Wear and GetOutside-Gear 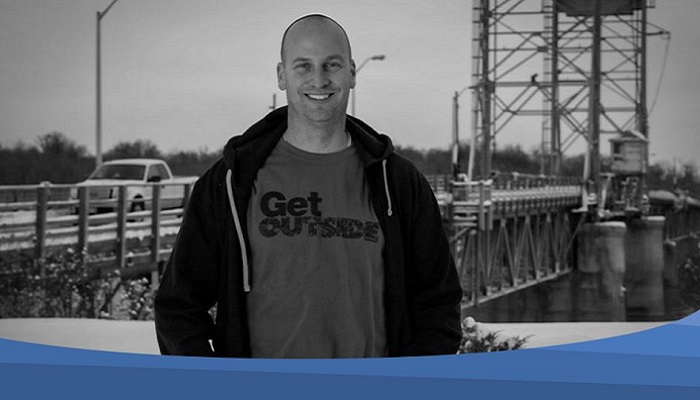 If you hold Selkirk close to your heart, then why not wear it on your sleeve, with one or both of the city’s exciting new clothing lines.

You can show your civic pride with Chuck-wear, the city’s Tourism Brand, or GetOutside-Gear, Selkirk’s Active Living Brand.

Vanessa Figus, the city’s Marketing and Communications Coordinator, said the t-shirts, ball caps, onesies for the little ones and hoodies, are high quality, comfortable, fashionable and fun. There’s also a plastic tumbler and a ceramic travel mug in the Active Living Brand, so you can keep hydrated while you get outside.

Paying tribute to what we’re known for

Chuck-Wear celebrates Selkirk’s fishing heritage and features the image of the 25-foot tall catfish on Main Street that lets anglers from all over the world know they’re in the right place to land a big cat. The statue is a tribute to the late Chuck Norquay, a fishing legend in Selkirk.

“We are the catfish capital of North America after all, so it was time to embrace that and allow fishing enthusiasts from Britain to Brooklyn and all points in between take more than a photo of themselves with a giant catfish home with them,” Figus said.

“The clothing is also perfect for residents who want to look good and show off their home-town pride.”

The attire is meant to look vintage, like your dad’s t-shirt or a trucker cap from way back in the ’80s.

“Chuck and I were friends, so it just warms my heart to wear clothes named after him,” Fiddler said. “And the clothing is really nice too.”

Endless activities when you GetOutside in Selkirk

Next up is GetOutside Gear, which offers a not-so-subtle suggestion in a contemporary look that urges you to enjoy all Selkirk has to offer in its green spaces and its winter-white spaces too.

The t-shirts come in two styles – a boot print and one that declares GetOutside – or you can grab hold of the message with a 17 oz. plastic tumbler or a 17 oz. travel mug.

The graphics on the items are tiny Selkirk-specific icons like the blue bridge and water tower or activities that can be enjoyed in Selkirk like camping or riding your bicycle.

Selkirk Proud in a stylish way

Coun. April Hourie said she’s pleased with the progression of Selkirk’s brand and both the Chuck-Wear and GetOutside-Gear look good and carry a potent message.

“People get in the spirit when they’re wearing their sport team or school gear, as unity is strength,” Hourie said.

“This active collection promotes a sense of pride and connection to our community and the gear is great for locals and tourists alike.”

Fiddler said the simplicity of the GetOutside message is quite brilliant. She believes Mother Nature has the ability to save people and the outdoors has many healing powers.

“It doesn’t say walk, or run, or ski, it just says get outside, away from screens, away from the same air circulating in your house or building. I love the messaging,” she said.

People supporting near and far

Coun. John Buffie has taken the brand international by purchasing GetOutside-Gear t-shirts for his 19- and 17-year-old nephew and niece who live in Minneapolis.

“They always get a big kick out of stuff that’s from Selkirk, because that’s where their mother was from, of course. And they always come up here and spend Christmas with us,” Buffie said.

“The shirts that I took them, the 17-year-old daughter, she thought it was really cool. She said ‘that’s exactly the kind of shirts that I wear’. She really enjoyed it.”

And, closer to home, Buffie’s son, a teacher in town, emailed a direct hint that he wanted a GetOutside t-shirt as a Christmas gift.

Buffie said the design of the clothing is smart and attractive to a younger generation and its message is spot on.

“That must be the draw to it, it’s not a big, blatant city crest that kids would never think about wearing,” he said.

“It’s done in such a current, interesting way and it has a non-municipal theme to it. It’s more of a general, get healthy, get out, get about and here’s some things you can go and see and do.”

Supporting Selkirk Parks and Heritage with every purchase

By supporting these endowment funds, you help to preserve and promote the local history, parks and natural spaces in Selkirk today, tomorrow and forever.

For Hourie, that’s another important reason to support the brands.

“It’s gratifying that proceeds go back into the community,” she said.

Selkirk’s Strategic Plan Priority 1 calls for the city to promote a vibrant, safe and healthy community through continued development of our natural features and outdoor spaces and providing the best possible recreation opportunities for residents.

Both lines of clothing celebrate Selkirk’s wonderful outdoor spaces and encourage locals and visitors to join in the active living that exists right outside our doorsteps.

The Strategic Plan Priority 2 says we need to build a strong and stable local economy by capitalizing on Selkirk’s tourism potential and revitalizing the city’s image. Nothing does that better than a cool fashion statement.

Local businesses are carrying the new clothing lines, too!

If you want to get your hands on any of the Chuck-Wear or GetOutside-Gear, visit Big Dollar, Three 6 Tea, Ubuntu, the Mighty Kiwi or Community Threads; all carry a variation of what’s available. All items are available at the Civic Office Monday-Friday 8:30-430.