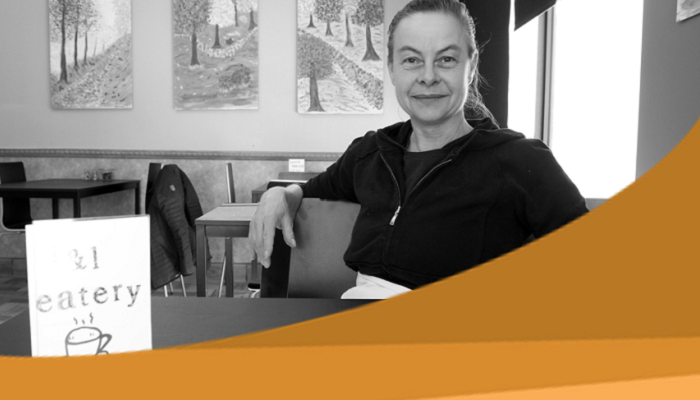 It was 117 years ago when Danny Thorsteinson’s family opened their business in Selkirk, and being the fourth generation of the family to run Thor’s Meats, he’s more than a bit of an anomaly.

Thorsteinson acknowledges the longevity is rare, and provides a unique perspective on the highs and lows of being a small business owner.

“(We’ve seen) every peak and every valley,” he laughed.

“It’s food, you always gotta keep eating, so there’s always a need for us.”

That may be true, but surpassing the centennial mark in any business is a rare feat and Thorsteinson said one of the keys to survival is an open mind.

“You’ve gotta be open to change and flexible like Gumby, that’s the way it is,” he said.

“If you don’t change you go by the wayside, somebody sweeps you under the carpet.”

There are plenty of new business owners in Selkirk who could benefit from that advice, having recently ventured out the same way Thor’s great grandparents did all those years ago, and taken the bold step of trying to make it as an entrepreneur.

Since 2015, 31 businesses have either opened or expanded in Selkirk and for Chief Administrative Officer Duane Nicol, that’s good news as well as an indication the city’s economic development strategies are working well.

“We’ve rebranded Selkirk, and we’re working to enhance the city’s image and these new business owners are telling us we’re on the right track. People have confidence in the city and they’re showing that confidence by opening stores, employing people and growing our economy. It’s a good thing.”

Nicol said the city’s efforts are in line with its Strategic Plan, which under Priority 2 calls for the city to take firmer control of its economic destiny, build on the city’s status as a regional service centre and revitalize Selkirk’s image.

Leslie Whitney opened J&L Eatery on Main Street last August and the former Winnipegger, who moved to Selkirk 17 years ago, said her years of working in the food service industry in Selkirk have taught her that people here appreciate good quality and they want to support local owners. She previously co-owned L&L Catering in Winnipeg before moving to Selkirk.

She said support from people she’s met over the years has been great, but even people who don’t know her make it their business to get to know her, and they make it clear they want to spend their money at locally owned businesses.

“It’s not only people that I knew previously, people come in and they ask questions…’so this is your business? How are you doing?’ They engage, they really want to know how you’re doing.”

And, if they like what Whitney’s doing, they spread the word.

“The people here have been wonderful. As soon as they know you’re local, they’re really good. I gotta send a big thank you out to Selkirk. I can’t thank the community enough.”

Amanda Magnusson opened Ma Cherie Beauty Academy and Boutique in May of 2017 and the 26-year-old entrepreneur said 10 months in the experience has been “overwhelming and amazing”.

Magnusson’s success is impressive – she started with four staff members and now employs 15 people at her Main Street location.

The born and raised Selkirkian said after seven years as a freelance makeup artist, she and her husband decided that following the birth of their first child, they’d take the plunge and open their boutique. She’s embraced both her new roles.

“I love it,” Magnusson said.

“It’s been the best decision I’ve ever made. It’s got its challenges, being a new mom and a business owner, but I would never change it for the world.”

She said the beauty industry has evolved and she offers something different. There are great spas in Selkirk and she wanted to have a different angle, concentrating on educating and empowering her clients and reminding them that it’s good to love yourself.

“We’re definitely not the traditional salon or spa…in our boutique we’re definitely about looking good means feeling good, women empowerment, ensuring that our clients are not only left looking great but feeling great,” she said.

As an educator, she likes to teach her clients how they can keep up with styles and looks even at home, and if they need a pick-me-up on Friday afternoon, they can stop in and get it at Ma Cherie.

Magnusson said she fills a niche in not just Selkirk, but the Interlake as well.

“I kind of look at it as an Interlake thing. There’s all these little communities surrounding Selkirk, like Teulon, Beausejour, Stonewall, we’re going to be the big city that they’re going to go to so why not offer that unique service, why have them travel to Winnipeg when it can be offered in our community?” she said.

“It’s kind of redirecting economic development into Selkirk, rather than have them go to Winnipeg.”

City of Selkirk Coun. Ken Beerman said Ma Cherie is exactly the type of business Selkirk wants to have and said diversity is the city’s strength.

“These new businesses that are opening, whether it’s Ma Cherie, or J&L, or The Mighty Kiwi or One-Point Auto Service, they’re employing people and they’re diversifying our local economy. That’s what we want and that’s why we created the Business Park – it’s designed for smaller business. That’s what makes sense for a city of Selkirk’s size,” Beerman said.

Mayor Larry Johannson agreed and said the Business Park is custom made for the city’s growth plan and will benefit the city and residents now and into the future.

With the establishment of the economic development department, the city has ramped up its efforts to encourage business owners and investors to locate in the city by putting crucial information at their fingertips. The city’s Investment profile is a succinct package that pulls all the information they need into one package.

Selkirk’s Community Profile delivers everything you need to know about the city, from who lives here and what Selkirk offers its residents in terms of shopping, entertainment and transportation.

At the start of this year, the city established the Economic Incentive Reserve Fund, which will offer grants and incentives to facilitate economic growth. In spring of this year the Economic Incentive Program will kick in and provide incentives for business creation and expansion, façade and site improvement, new housing development, and heritage preservation to support the implementation of the Downtown Renewal Strategy.

The city is also ensuring it collects important data about existing businesses through its Business Permit process by including a short survey all businesses must complete.

And while business closures are bound to happen, Anwar said it’s important to study the reasons behind the closures. In the case of national or international chains, the reason is just as apt to be a corporate restructuring as opposed to an indictment of the local economy, and, in today’s world, shifts from storefront to online are also common.

Anwar said the city efforts support the goal to have a strong local economy that is diversified and able to withstand changes in the market place and create an environment that helps businesses succeed in the long run.

You never know when the next Thor’s Meats will open up, and Thor himself said small businesses are different than the big guys, and if you have your niche and you do it well, success in a small city can last a long time.

“There’s not too many that are really old school like us and do the kind of things we do. Not many people cut meat in swinging quarters anymore, the majority of the model now for big stores, lots of volume, low margin and everything’s cut and put in bags, and bags in boxes and boxes on pallets and pallets on trucks and that’s that.

“Those that care, search you out.”