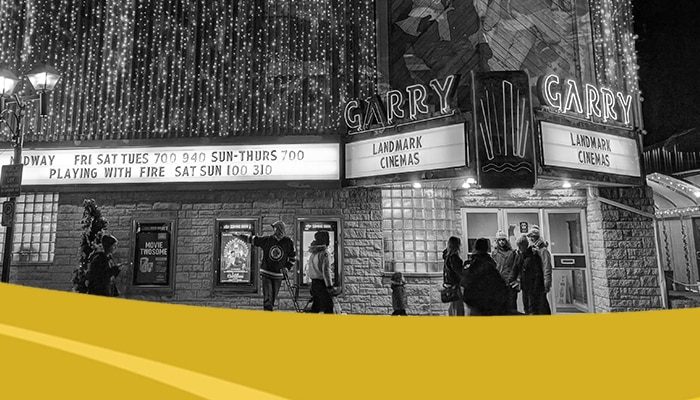 Selkirk’s iconic Garry Theatre has been cast in new role and while it might be the star the supporting player in its future is the community.

The City is looking for input from the citizens of Selkirk and surrounding communities about what the future of the Garry Theatre could look like.

“The vision for the Garry is that it will be a community space and we want citizens to have a say in the direction its next life takes,” Longbottom said.

“It’s an exciting time and we know people will have wonderful ideas for this beautiful building, and we can’t wait to hear what they have to say.”

Citizens are encouraged to share their vision and ideas through a survey or by attending an open house event. The City will have an open house set up in the lobby of the Garry Theatre during Holiday Alley on Friday, November 25th, from 6:00 to 9:00 PM and on Saturday, November 26th, from 12:00 to 4:00 PM.

The City has also launched an online survey for community members, which will be open until December 9th, 2022. A paper version will be available in the December 1st edition of the Selkirk Record as well.

The City of Selkirk secured the iconic Garry Theatre in 2020

When Landmark Cinemas decided to permanently close the Garry Theatre in downtown Selkirk – along with three other single-screen theatres in Manitoba – the city purchased it, knowing how important the theatre was to so many residents who had grown up watching movies in the Manitoba Avenue mainstay.  One potential use for the theatre is to transform it into a community space, and is asking citizens and members of the surrounding community to take part in shaping the Garry’s future through a grassroots, community-led process.

Mayor Larry Johannson has fond memories of the Garry and can’t wait to see what comes next.

“I grew up with that theatre and my kids grew up with it too. It’s really like part of the family and now we’re all looking forward to how it will shape up in this next stage of its life,” Johannson said.

“There’s so much potential there, it’s a character building that lived in Selkirk’s past and will be reborn as part of its future. The possibilities are endless.”

The City purchased the Garry to ensure that the future of the theatre aligned with the community’s vision.

In 2014, the City of Selkirk completed its Community Strategic Plan, which includes five key strategic priorities. The Plan calls for the creation of a vibrant, safe, and healthy community where residents have access to the best possible recreational opportunities, a revitalized downtown and are engaged in shaping the city’s future. Two years later, in 2016, the City finalized its Downtown Selkirk Renewal Strategy. The strategy aims to create a vibrant, safe and attractive downtown where people can live, work, shop and play. As part of this, the strategy emphasized the importance of capitalizing on the City’s historical buildings and revitalizing Manitoba Avenue East which started in 2018.

Based on these plans, the City has made major investments in improving the public spaces along Manitoba Avenue East. Between 2019 and 2020, the City reconstructed the street to make it more pedestrian and cyclist friendly. Changes included enhancing active transportation facilities and lighting, bringing the road up to modern standards for accessibility, adding street trees, benches and planters.  Other improvements included developing two pocket parks with public seating, art, a public ping pong table, community healing garden, converting one-way traffic to two-way traffic, and changing angled parking to parallel parking. The reinvention of the Garry as a community-led space would build on this important work and help in the revitalization of Selkirk’s downtown.

As part of the development of the business plan, the City is exploring case studies of other community theatres across the country for inspiration. These include small, non-profit-run theatres in small cities and towns like the Country Fest Community Cinema in Dauphin, the Strand Theatre in Melita, and the Boissevain-Morton Community Theatre in Boissevain. The case studies also include non-profit-run and private theatres in larger cities like the Gas Station and Park Theatres in Winnipeg, the Westdale Theatre in Hamilton, the Gladstone Theatre in Ottawa, the Theatre Centre in Toronto, the Varscona Theatre in Edmonton, and the Rio Theatre in Vancouver.

Many of these theatres host a range of events and performances. These include classic movies, live theatre and music, dance performances, and live-streamed events like sports games and opera shows. Some examples, like the Park Theatre in Winnipeg and Bus Stop Theatre in Halifax are ‘black box’ theatres with adjustable furniture. This furniture allows the theatres to be reconfigured to host various private events like meetings, workshops, classes, art exhibits, and even socials and weddings. Some theatres are also supported by licensed bars and coffee shops.  The city is asking those who wish to participate in the survey to CLICK HERE.