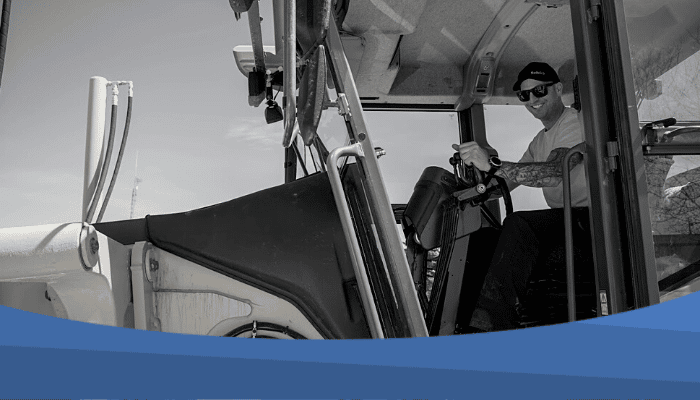 There’s a decent chance you might run into your local mayor or council member while getting groceries or taking in a game at the Rec Complex.

There’s also a fairly decent chance you grew up with or went to school with that mayor or one of the council members. Beyond that, the staff members maintaining your park could be your neighbours. The opportunities for those chance meetings are one of the things that differentiates municipal government from other levels of governing.

Selkirk council proclaimed Nov. 21 – 25 Municipal Government Awareness Week in Selkirk, joining with the Government of Manitoba and municipalities across the province marking this occasion. This is the second year that a week has been designated to recognize the role of municipal government.

Municipal governments are often said to be the closest level of government to the people – the proclamation of Municipal Government Awareness Week recognizes the important role that local councils have in our lives. Local governments make decisions about programs, facilities and infrastructure, and provide important amenities and services like drinking water, waste management, road maintenance, surface water management, fire and police services, land use planning, building permits and inspections, and emergency management in our communities.

Building a strong and thriving Selkirk

Mayor Larry Johannson, a life-long resident and someone who worked his entire career in the city, says the people who represent Selkirk and its citizens at the municipal council table have a vested interest in their city and have demonstrated their desire to build a strong and thriving Selkirk.

“I couldn’t be more proud of the members of this council. There are tough decisions to be made when you’ve been elected and each and every one of these representatives knows the responsibility they’ve accepted and they are committed to doing the work for a better Selkirk,” Johannson said.

The staff, he said, go above and beyond and are often the unsung heroes that keep the city going on a day-to-day basis.

“We have the best team working here for the people of Selkirk. When it snows, they’re out there clearing the streets bright and early so that people can get to work and school. The water we drink is safe, the effluent we’re sending to the river is clear, our parks are beautiful and we have an incredible team that needs to be recognized for that.”

“This is a great way to recognize all the work that goes into providing municipal services that citizens see and use daily,” said Nicol, a born and raised, lifelong Selkirkian, who served 12 years on council before becoming the city’s CAO.

“Local government is much more connected to the people it serves and much more responsive to their needs. Municipal government is less a ‘government’ and more just a mutually owned and operated organization that we citizens are all members of and we all fund to do work for us. In Selkirk, we have a council with deep roots in our community. On a daily basis they hear the ideas and thoughts of their neighbours and they ensure those are part of the discussion at the council table.”

The Nov. 10th snowstorm, the first one this winter, is a recent and great reminder of the city providing services in a timely and efficient manner. All streets in Selkirk had been cleared of snow within 12 hours and the sidewalks shortly after.

“The city excels at a lot of things and one of them is snow clearing,” Nicol said.

Mayor and council set direction and make decisions for the city, but the business of running any city is also regulated in part by higher levels of government. The city’s wastewater treatment plant, for example, must adhere to provincial regulations. Building roads and providing fire protection to citizens have all evolved over the years and the city adapts and provides at the standard required or above.

“There are more expectations on the city, and we’ve had to learn to work differently, specialized training is often required and all of these things go on in the background. Local citizens don’t have to worry about it because their municipal government is taking care of it. There is always opportunity to improve, and between council and staff, we are dedicated to continuous improvement.”

Engaged with the public

Vanessa Figus, Marketing and Communications Coordinator, says the city wants to hear from citizens when they have a question, comment or concern.

“Selkirk residents are the ones walking the sidewalks, going to the parks and driving to work and services and if they see something that needs attended to, we want them to let us know so we can act as quickly as possible,” Figus said.

“With technology, the ways that we can reach citizens has grown and we’re also making it easier for citizens to reach us.”

The city knows that people communicate in different ways. If you’d like to phone in, the city’s CitizenSupport Representatives will answer the call and a ticket will be generated – the first step to getting your question answered.

You can also e-mail CitizenSupport at [email protected] and the MySelkirk app lets you click your concern to the city from anywhere.

“There’s been an increase of 230% in ticket creation and a 168% increase in citizen interactions in the past three years,” Figus said.

“Those numbers demonstrate that the city is engaged with the public, and that we want to hear from them. And the citizens want to communicate with us, so it’s a great two-way system of communication.”

Dale Waytiuk is part of the boots-on-the-ground team that works hard to keep the city going.

For Waytiuk, a Labourer with Selkirk Parks and Recreation, having a role in providing services that people enjoy is a satisfying part of his job. The city spends 15-20 hours every week in the winter months maintaining ice and in the summer 300-man hours per week cutting grass in the parks and on boulevards.

“Being part of parks and rec is a great job for me, I enjoy being part of the team that provides the best possible recreation services for residents,” Waytiuk said. “And I like working with the public. I’m outdoors often and you run into people and have that connection and it’s nice when you see people enjoying the parks, or the rink. They’re services I use as well.”