City of Selkirk Rolls Out 2018 Waterfront Concert Series Line Up 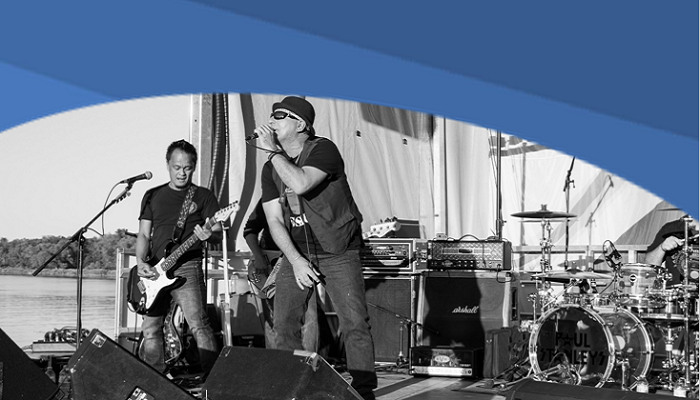 Summer vibes are in the air and with that comes the much-anticipated launch of the Selkirk Waterfront Concert Series.

The event calendar for 2018 has been finalized and will include four showcase evenings to be held at Selkirk’s Waterfront Park in the heart of the City on the Red River.

The series gets underway with the Season Opener on Saturday, June 16. The city’s signature event – Canada Day – is next on Sunday, July 1. The hugely popular Rock the Waterfront takes the stage on Saturday, July 21 with the annual Waterfront Fest British Invasion wrapping up the season on Friday, Aug. 10.

The city’s Strategic Plan makes having a vibrant, safe and healthy community a priority, and the Waterfront Concert Series achieves that goal by making use of Selkirk’s natural features and outdoor spaces, providing the best recreational opportunities for residents and by revitalizing downtown.

“The Waterfront Concert Series continues to draw a crowd from near and far and increases in popularity every year,” said Duane Nicol, Chief Administrative Officer for the City.

“Each year, our events team works diligently to create first–class entertainment events that offer free entertainment for everyone to enjoy.”

The Season Opener features a tribute to Keith Urban and Neil Young; a two-set affair starting at 7pm on Saturday, June 16.

The annual Canada Day celebrations kick off at 4pm with a kids zone that runs until 8pm, local entertainment, cultural performances, a game show, and on the Sunova Stage – a tribute to Cher and Winnipeg based 70’s Classic Rock Cover Band, JukeBox Heroes (JBH); priding themselves on playing and delivering the best covers with a little twist of JBH in each song. This will be the second time JBH plays at the Waterfront; the first time was opening for Harlequin during Rock the Waterfront, 2015.

Rock the Waterfront is next up just three weeks after Canada Day at 7pm on Saturday, July 21 featuring a tribute to Guns n Roses and the Tragically Hip.

Something new this year is the Waterfront Fest British Invasion taking place on a Friday. On August 10, tributes to British Rockers the Beatles, Stones and Bowie grace the stage for a 3-set event starting at 7pm.

“Hosting an event on a Friday allows those that leave for the weekend a chance to take in one of our free events,” said Vanessa Figus, the city’s Marketing & Communications Coordinator.

“The 7pm start time allows enough time after work for people to get to the venue on time to enjoy Britain’s legendary rockers. Bring your lawn chair and celebrate great music and entertainment at our beautiful venue.”

The city would like to remind everyone that events are never cancelled if it rains. Events are relocated to Memorial Hall for regular events and the Rec Complex for Canada Day. Events are always free, family friendly and feature food vendors.