What is the census?

The Canadian census collects information, in five-year intervals on every man, woman and child living in Canada. The census provides a statistical picture of our country and its people. Almost every country in the world carries out a census on a regular basis.

The census provides information about people in Canada based on their demographic, social and economic characteristics, and is the primary source of reliable demographic data for specific groups such as single parent families, seniors and language groups. Census information is important for your community and is vital for planning services such as child care, schooling, family services, and skills training for employment.

When is census and how do I complete my census form?

Questionnaire forms will be delivered to every household in Canada beginning May 3rd, 2021

Each questionnaire will consist of the same ten questions on age, gender and marital status along with some additional questions on languages used. 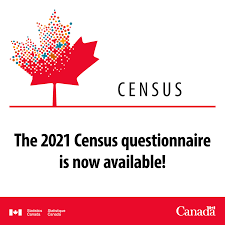 Why is the census important?

The census collects demographic information on every man, woman and child living in Canada. Information from the Census of Population is used by all levels of government, businesses, and various social service organizations.  The information collected is used in the planning of government programs, pensions, healthcare, employment, new schools, public transit, hospitals, daycare, etc.

Will it make a difference if I don’t fill out my census card?

Every person in Manitoba who completes the census process brings more than $9,000 in federal transfer payments into our province.
That’s big money and it’s money that goes towards improving the community in countless ways, from funding things like public transportation, the hospital and schools to improving roads, infrastructure and recreational facilities. So if you think skipping the census doesn’t have an impact on your life and your community, think again.

Not being counted means that Selkirk loses out on thousands of dollars in grants and transfer funds. For every one person missed in the 2021 Census, Manitoba loses out on approx. $9,000 from the Federal Government which has an impact on how much money Municipalities in Manitoba receive. If just 10 Selkirk residents fail to complete the census, that’s almost $100,000 that won’t come back to Manitoba.

Am I required to participate in the census?

All residents of Canada are legally required to complete either the short- or long-form census (additional questions circulated to every fourth household) questionnaire, according to the Statistics Act.

Who is included in the census?

Census includes every person living in Canada, as well as Canadians who are abroad, either on a military base, attached to a diplomatic mission, or at sea or in port aboard Canadian-registered merchant vessels. Persons in Canada – including those holding a temporary resident permit, study permit or work permit, and their dependents – are also part of the census. (All residents of Canada are included in the Census, not just all citizens of Canada. This includes landed immigrants, foreign students, visa workers, refugees and ministerial permit holders, as well as Canadian citizens working and living abroad).

Statistics Canada is bound by law to protect the confidentiality of the information respondents provide in the census. Only Statistics Canada employees who have taken the oath of secrecy have access to census questionnaires.