Budget 2019 gets most out of every tax dollar 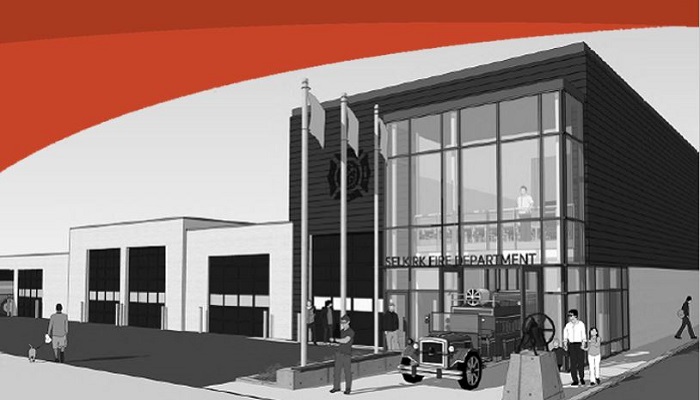 The City of Selkirk Budget 2019 reflects council’s and administration’s mind set that of late has seen them keep one eye on the present and the other on the future, making decisions that benefit all of us today as well as those who will work, live and play in this great city decades from now.

Leading in a positive direction

Selkirk Mayor Larry Johannson said the team, which consists of all council members working side by side with city management, has once again delivered a budget that shows Selkirk is a leader on many fronts, and the budget adheres to a vision that considers the city and people that live in it today and those that will live in a Selkirk many years down the road.

“I’m proud of our team that has once again worked so hard to get the budget finalized in December and succeeded in focusing our energy on things that are important to all taxpayers,” Johannson said.

“I think everyone can appreciate that tough decisions go into any budget process and we worked really hard to make sure we were following our Strategic Plan and taking the city in a positive direction. These are exciting times for the city – Phase 1 of our business park is almost sold out, we’re preparing for more growth there and in residential areas, our Downtown Renewal Strategy is forging ahead, the fire hall expansion is on track and our state-of-the-art wastewater treatment plant is progressing day by day. It’s a great time to be in the City of Selkirk.”

The Strategic Plan, created with citizen input and put into action in 2014, will get an update this year. City administration and council tie all decisions to the Strategic Plan, ensuring Selkirk’s present and long-term vision stays the course.

Budget 2019 sees the city preparing for growth that has been occurring in both business and residential sectors. Phase 1 of the business park is nearly sold out and the city will invest $100,000 into the design work needed to initiate Phase 2 development and will spend $60,000 on completing the residential development plan for land to the west of Annie Street. Construction of a west end lift station, force main and trunk line – at a cost of $4.06 million – is important waste water infrastructure that will support both these initiatives plus improve service throughout the entire city.

Investing in our community

The city continues to invest in recreation for its residents and this year will spend $75,000 on a feasibility study for Rec Complex enhancements and another $75,000 on a feasibility study for a multi-use facility/community hall, something that needs consideration with Memorial Hall and the Barn both reaching the end of their lifecycle. The Recreation Master Strategy calls for the city to explore possible replacements for the aging facilities and to bring in stakeholders from Selkirk and the region to discuss what their replacements might look like.

After consulting with the community, $20,000 will be spent on an off-leash dog area and the city will invest into further enhancements to the city’s website so people can register and pay for city programs online.

The city, with input from the public, has been fine-tuning its vision of a revitalized downtown and 2019 will see the implementation of that vision in a big way with $2.6 million being spent on the redevelopment of Manitoba Avenue East into a pedestrian friendly area with dining, shopping and entertainment options.

In keeping with the city’s environmental conscience, and by leveraging available grants, $52,200 will be spent on lighting upgrades at the Culture, Recreation & Green Transportation building on Sophia Street, the Kin Centre Outdoor Rink, Public Works Building exterior lighting and the Rec Centre lights. The upgrades will reduce the city’s exposure to rising electricity costs and be better for the environment. The city estimates it will be paying almost $50,000 more per year due to increases in electricity rates that began in 2017.

Selkirk’s Fire Department will get a $364,500 ladder truck, necessary for the safety of citizens in a growing city that now has several large foot-print multi-story buildings. The fire hall expansion will also be completed this year at a remaining cost of $2,174,768.

Three new mobility buses, at a cost of $367,037, will improve the Selkirk Transit Authority’s ability to provide seniors as well as anyone with mobility issues a safe and dependable way to get around the city. One of the new buses will be a hybrid, allowing the city to pilot new GHG reducing technologies in its fleet.

The city’s tree inventory will receive $65,792 that will help ensure Selkirk’s urban forest will thrive years into the future and the solid waste strategy will be completed.

Selkirk’s largest capital project, construction of the wastewater treatment plant, which costs $34.9 million dollars and is cost shared between the city, the province and the federal governments, began in 2018 and continues this year.

Budget 2019 features a modest 2.45 per cent tax increase, which Chief Administrative Officer Duane Nicol points out is a balance between keeping taxes as low as possible but still making critical investments into city services and economic development.

Nicol said the city is keeping a close eye on its tax competitiveness and is doing a good job of controlling expenses while maintaining important city services. While some like to compare tax bill with friends who live in other cities, Nicol warns that sort of anecdotal information doesn’t give a complete picture.

“When you just compare taxes paid, you’re comparing apples and oranges. Municipalities have different funding models. Some rely heavily on service fees whereas others subsidize municipal services via taxation. Some charge local improvements on all road work, and some get creative with frontage levies or charging garbage fees on your utility bills – all of which sort of mask the true cost citizens pay. Selkirk doesn’t do that. We do comparative statistical analysis with other Manitoba cities to ensure we’re staying competitive,” Nicol said.

One of the measures the city uses is municipal expenses per capita. Using the most recent data published by the province, Selkirk’s seven-year average cost per person was $1,692, the fourth lowest in the province. Nicol said based on recent trends he expects Selkirk may overtake Steinbach for third place in the next couple of years.
Another measure, he said, is own-source-revenues to assessment.

“Own-source-revenues are those revenues generated by the municipality itself through taxes or fees only, so it excludes grants from other levels of government. By comparing this to the total value of the land and buildings in the municipality, you get a sense of how much the city raises in revenues for every dollar of real estate wealth in the city. On this measure, Selkirk is doing exceptionally well. On average we’re the third lowest in Manitoba,” Nicol said.

For every dollar of assessment in Selkirk, the city raises 4.4 cents. Second place Morden raises 4.3 cents, and the lowest is Steinbach at 4 cents. Winnipeg raises 4.5 cents while Portage la Prairie takes 6.7 cents for every dollar of assessment. Nicol said being amongst the leaders in cost competitiveness is a story that is not often told, but is definitely something that should give citizens increased confidence in the direction the city is going.

“We’re keeping a firm hand on the tiller and squeezing as much value from every dollar we can.”