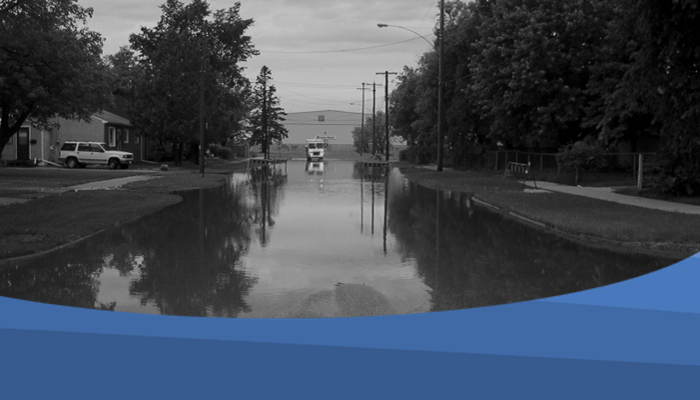 The City of Selkirk is one of 19 municipalities selected from across Canada to participate in the first phase of a two-year Federation of Canadian Municipalities’ initiative that will help align Selkirk’s Capital Asset Management Program (CAMP) with current climate change goals.

Selkirk was the only Manitoba city chosen to be a member of the Climate and Asset Management Network (CAMN) and is the smallest city taking part in the initiative, which was open to all Canadian cities and municipalities to apply for.

The city will receive a $50,560 grant from the federal government, through FCM, to integrate climate change goals into CAMP.

“We have a plan in place to renew our aging infrastructure in a way that is responsible for today and tomorrow, and making climate change part of the equation only improves what we’re doing,” Johannson said.

“The climate is changing, and if we consider that as we upgrade our sewer systems, our pipes, our water and countless other things that make up the city’s infrastructure, then we’re ahead of the game. Being part of this FCM initiative, and the only Manitoba city participating, is a nod to the good work city staff are doing and the fact we’re taking a leadership role in asset management.”

Through FCM’s Climate and Asset Management Network, Selkirk will take part in the two-year initiative that combines peer-learning opportunities, training, and funding to help Canadian municipalities integrate climate change and sustainability goals systematically into decision-making about infrastructure assets, such as roads, buildings, and water and sanitation systems.

Chief Administrative Officer Duane Nicol said being accepted in CAMN is an indication the city is moving in the right direction in its asset management.

“Municipalities had to apply to take part in this first phase of CAMN and for the city to be identified and accepted into this program is significant,” Nicol said.

“It shows we are a leader in asset management in the province – we were the only Manitoba municipality selected and we’re the smallest of all 19 participating municipalities. We’re in this with large urban centres like Toronto, as well as places like Saskatoon, Yellowknife, Kenora and other forward-thinking municipalities. It shows our staff is taking a leading role on this front.”

Protecting our Natural Features and Resources

The city’s Strategic Plan’s Priority 5 is Environmental Stewardship, and it calls on the city to protect natural features and resources by improving city practices and services and encouraging more environmentally responsible development.

Nicol said bringing that part of the Strategic Plan into the city’s asset management is a natural progression.

“This is more about climate adaptation, being prepared for climate change. Whether you believe climate change is human created or not, it’s happening, it’s documented, and it is and will continue to impact how we operate,” he said.

“This is about how, as a municipality, are we going to prepare? You can either pay now or pay later. If we strategically invest in infrastructure changes and enhancements now, as we’re replacing old and failing things now anyway, it’s going to be a lot more affordable and we’re going to have a lot less negative impact in the future.”

There are numerous examples of changing weather patterns, from extended periods of drought to excessive rainfall in short periods. Selkirk experienced an extreme rainfall event in June 2016 with 40 mm of rain falling in half an hour, and 86 mm in a 24-hour span. Typical rainfall amounts for the entire month of June are 93 mm.

Flooding occurred on several streets and homeowners who live in parts of the city with combined sewer experienced backups. Combined sewers – where wastewater and storm water run in a single pipe – were accepted practise in the 1970s and earlier, when much of Selkirk’s infrastructure was built. The city already has a 10-phase plan to replace combined sewer with separated systems.

This, along with other recent infrastructure improvements, including a second water source, expanded water treatment plant as well as the new wastewater treatment plant that will begin construction next year, show the city’s commitment to not just improved asset management, but environmental responsibility.

“We are at a time when the city is renewing its commitment to infrastructure investment. We are focused on using our limited resources responsibility and wisely. Council has tasked us with being innovative and creative in the face of having more demands than we have dollars. Being part of this network will help us do just that.” Nicol said.

“We’re thinking in this way and developing the tools to respond better to climate change now so it makes those investments even wiser, so in 20, 30 and 40 years when we’re really feeling the impact of climate change, we’ll have decades of adaptation work done.”

The city is committed to participation in Phase 1 of CAMN and from now until January 2019 will work with peers toward similar goals as they collaborate, learn from one another and enhance asset management skills. The city will have access to a network of professionals and asset management resources for further support to develop or refresh its asset management program.

CAMN is available through the Municipalities for Climate Innovation Program delivered by the Federation of Canadian Municipalities and funded by the Government of Canada.