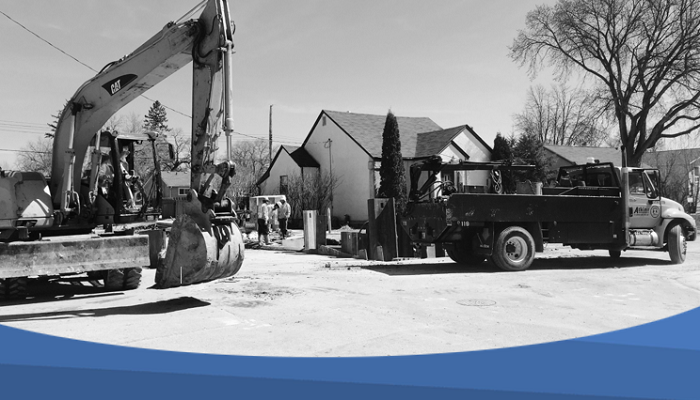 With Selkirk’s 2018 budget the city continues to make strategic decisions today that will have positive impact for residents not just now, but years into the future as well.

The Strategic Plan is once again the document that influences council’s decision making and leads them to deliver a budget that makes smart reinvestments in infrastructure and concentrates on developing management plans and strategies that will move Selkirk forward on solid footing.

Mayor Larry Johannson said city administration and managers have once again worked with council to complete the budget before year’s end, allowing Selkirk to start tendering jobs early and leading to better prices and more work being done.

And, he said, the city’s focus on spending wisely today to benefit tomorrow shows fiscal responsibility and real leadership.

“We talk a lot about our Strategic Plan but it’s because it really is behind all the decisions we make. The plan has pointed us towards better capital asset management and better environmental management. Both those things are important, not just to us on council and in administration, but I think to the people of Selkirk,” Johannson said.

“Strategic planning allows us to be in control, we’re not reacting to problems, we’re taking stock of what we have now and what we need in the future so we’re better positioned, we’re better prepared and we’re building a better Selkirk.”

Budget 2018 has a heavy focus on infrastructure reinvestment and according to Chief Administrative Officer Duane Nicol people will notice a change this year when it comes to street work.

“We’re going to be doing a lot of road work and we’re shifting gears a bit this year, thanks to knowledge gained through our asset management efforts, and we’re looking to extend the lifespan of existing roads,” Nicol said.

“We’re not using the ‘worst is first’ approach, but looking for those strategic opportunities to make best use of our dollars. People will see a lot more road work this year than they have in the past and we’re doing overlays on streets rather than resurfacing them, which will give them up to an extra 20 years of life.”

Overlays, Nicol explained, involve adding asphalt on top of the existing asphalt to extend the life of the surface, as opposed to letting it deteriorate to the point where a more costly resurfacing – which includes stripping the asphalt, re-gravelling, repairing deficiencies in the base and removing and redoing curbs – has to be done.

Sections of Manchester Avenue will get new sewer pipes, which means the old combined sewer system there will be replaced with separated sewers, reducing the chance for backups in heavy rain events. The city has been steadily working to replace combined sewers, which were installed prior to the 1970s when it was an accepted practice.

Start of the New Wastewater Treatment Plant and Fire Hall

The fire hall is much needed and will allow the city to purchase and store a ladder truck, something firefighters don’t have now, but need. The new hall will be an expansion of the existing building on Eaton Avenue. The new construction will be to the west of the current hall, and will be a three-storey building that will include a training space, the city’s EMO and an area for showers and changing, which are required in a new build. There will also be a backup generator.

A concept plan for Annie West will be done and work on a west end lift station and force main trunk line will begin. The work, Nicol explained, is so the city is prepared for growth in the coming years, in the retail area and the business park, and to relieve some of the pressure on existing infrastructure.

Environmental Upgrades and Improvements to Facilities and Parks

The city will continue improvements to its recreation facilities and parks. Structural improvements at the Rec Complex that began a few years ago under a renewal plan will include upgrading of pavement around the facility to improve drainage and raising the height of the ice resurfacer entrance way. The city will also install solar panels, which is more environmentally responsible, and early estimates show they’ll pay for themselves in nine years and drastically reduce the cost of electricity for the remainder of their 25-30 year lifespan. LED lights will also be installed in the ice shed.

Other environmental upgrades include adding geothermal capacity at the water treatment plant to reduce greenhouse gas emissions and save the city money over time.

The first round of management plans for city parks and facilities will be developed as well.

“All of our facilities over time will have a management plan, and basically it’s getting clear about what services they’re intended to provide and at what standard and what level,” Nicol said.

There’s also money in the budget for public engagement on parks so people can identify the specific services they’d like to see in each. 2018 will see plans created for the Waterfront, Selkirk Park, Little Lake Park, as well as the Rec Complex.

The city will begin developing a Community Safety Strategy in 2018, which follows up on the creation of the protective services position.

“For a long time community safety has been focused just on policing, Council’s vision is that we move beyond that. We are now developing community safety programs that help prevent crime in the first place. Our Director of Protective Services is evaluating our resources and we’ll be looking at making strategic investments into the root causes of community safety issues,” Nicol said.

“We’re looking to engage the community in the process and work with individuals and groups like Citizens on Patrol, Citizens for a Safer Selkirk and Selkirk Bear Clan. We want people to feel safer and we want them to feel welcome to participate in these kinds of programs that will increase safety over time.”

The city established a Block Party program in 2017 and while it supports neighbours coming together to host a party, it also gets people out in their community, communicating with their neighbours and, because they know each other, making them more likely to watch out for one another.