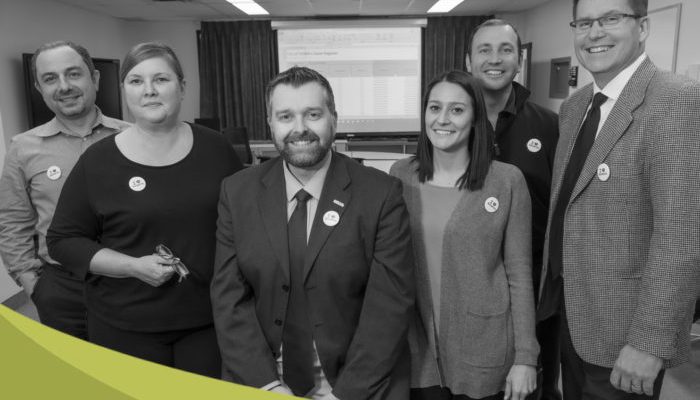 When the City of Selkirk embarked on its journey to improve the way it manages its assets, it set four key objectives, one of them being to establish the city as a leader in asset management.

The city undertook the challenge internally, rather than hiring consultants, and now, three years later, the city has a seven-person Capital Asset Management Program team, known as CAMPers. The team brings together the knowledge of the finance, operations and administration departments to develop policies, procedures and tools required to responsibly manage the city’s infrastructure to meet the needs of its citizens today without compromising the ability to meet the needs of tomorrow.

Under the direction of council, who initiated the move to improve asset management, one of the CAMPers first steps was to develop an asset registry database that identified the city’s core assets, everything from roads and water lines to sewer lines to trucks. There are more than 6,600 assets entered into the database.
Knowing what the city has, when it was purchased and being able to track an asset’s deterioration over time, allows the city to be better prepared financially for its eventual replacement.

Nicol said while it’s true every municipality does do asset management, most of it is reactionary instead of proactive – in other words, there’s no advance plan for strategic saving and replacement for infrastructure, and all infrastructure does eventually fail.
Nicol raised the issue at an Association of Manitoba Municipalities city’s caucus and found support from executive director Joe Masi, who asked Nicol to represent Manitoba on the Federation of Canadian Municipalities technical advisory working group on asset management.
Nicol explained the FCM has a new Municipal Asset Management Program and the technical advisory working group is the main cog that oversees the development of asset management content, materials and tools for all of Canada.

Every other province also has what’s known as an asset management community of practices, which Nicol says is a collection of groups or individuals with the required skill set to promote asset management to others in their province. Those involved could be municipal employees, leaders in construction or accounting – anyone interested in the development and training of municipalities in asset management.

“Part of what we’ve been urging is the development of such a group in Manitoba,” Nicol said.
Because of this leadership, Nicol was invited to participate in a national roundtable of provincial communities of practice. Over a series of meetings paid for by FCM in Edmonton and Quebec City, these provincial organizations formed a new national community of practice called Asset Management Canada, and Nicol was appointed to chair the organization’s first year.
“It was a bit of a shock to be sure. But I am honoured to serve in this role. It’s inspiring to be part of an organization with some of the leading minds in asset management,” Nicol said. “There are huge benefits for Selkirk. When we get stumped or need advice, we now have relationships with the best asset managers in Canada.”

Selkirk’s team is now working with AMM and the province to develop and support the creation of a training and education program for asset management in Manitoba, which would include developing a community of practice in the province.
“Our expertise has been recognized and we’re literally helping develop training and development materials that will be used by every other municipality,” Nicol said.
While a few municipalities in Manitoba have developed asset management programs, or are working on it, Nicol said they’re in the minority. He pointed to the City of Winnipeg as having a comprehensive program, the City of Brandon being more advanced and Morden working on theirs, but most others aren’t even out of the starting gate yet. Nicol presented at the recent AMM Conference in Brandon on the upcoming asset management training program.
In the absence of a true provincial guiding group, Nicol said FCM has been directing interested municipalities to Selkirk to relay the CAMPers knowledge and experience whenever asked.

“We’ve shared our strategy paper, our bylaw and our 120-page report that articulates how we developed the program to this point,” he said. “The CAMP team is working hard to fulfill Council’s vision of developing a leading asset management program and to be amongst the leaders in this field. I’m really proud of the work this team has done and I think citizens should be confident that the City is beginning to use some of the best practices available to improve the quality and reduce the lifecycle cost of our infrastructure”.
To learn more about the City’s Capital Asset Management Program, visit myselkirk.ca/assetmanagement