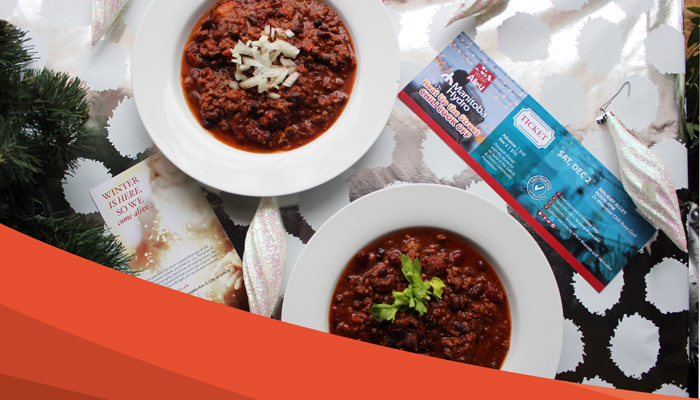 Holiday Alley’s Chili Cook Off lets you be the judge for the Interlake’s best chili.

Fifteen cooks, from firefighters to professional chefs and student cooks, will compete for bragging rights of the Interlake’s best chili during the Manitoba Hydro Heat Up The Street Chili Cook Off, December 2 on Holiday Alley.

Anyone hungry enough to sample all 15 chilis, in four hours, can cast their vote as a citizen judge says chili cook off organizer Maria Freeman.

“Competitors have been testing our their recipes for weeks to get everything just right,” says Freeman, whose day job is Executive Director of Community Living Selkirk (CLS).

The chili stops can be found in eight different stations along Manitoba Ave in the city of Selkirk during Holiday Alley. East from noon to 4 p.m. Saturday Dec. 2. The top three winners will be announced at 5:30 p.m. and will be awarded handcrafted chili ladles, created at the Hammer Down competition, another feature event during Holiday Alley.

Only 250 tickets are available at Riverside Grill, 386 Eveline St. in Selkirk, $10 in advance or $15 if you wait until Dec. 2. Each ticket allows you to get a taste of every chili. Proceeds from Manitoba Hydro Heat Up The Street Chili Cook Off are shared with the Selkirk & District Community Foundation’s Home for All Fund.